PlayStation Is Inviting PS5 Owners To Buy Another PS5 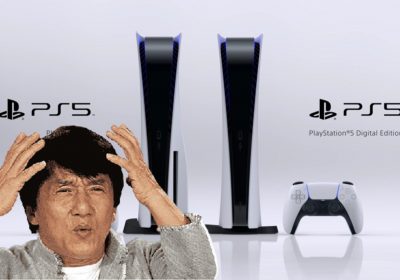 Sony is trying to make sure its PS5s go to genuine customers and not scalpers, but it might want to rethink one of the ways it is going about doing that.

Seven months on from its launch and PS5s are still notoriously hard to find. Sony remains hopeful that production will ramp up this summer and into the second half of 2021, helping supply to finally meet demand. It is even selling consoles straight from the source, PS Direct, in an attempt to stop scalpers and bots from getting their hands on them.

PlayStation has been sending emails to PSN subscribers in an attempt to further cut scalpers out of the picture. Subscribers appear to have been selected at random and sent a link that will allow them to buy a PS5 via PS Direct later today (June 23, 2021). The trouble is, the process appears to be so random that many of the email’s recipients already own a PS5.

Wario64 was one of the first to share a screenshot of the email which you can check out in the tweet above. “Even though I already have a PS5, Sony just sent me an invite to purchase a console on PS Direct on Wednesday,” they explained. Judging by the replies to the tweet, Wario64 isn’t the only PS5 owner to have received this email. In fact, it’s hard to find anyone who doesn’t already own the console that got the message.

A simple solution to this could have been those who have received the email passing their link on to people who don’t already own a PS5 and desperately want one. Sadly, that’s not an option. The links sent out are uniquely tied to the recipients’ PSN addresses. That’s to stop them from falling into the hands of scalpers which would negate the reason behind this entire process.

If you are a PSN subscriber but you don’t already own a PS5, now might be a good time to check your email. If you have one of these invites then come 3 pm EST today, you might be one of the only ones in the PS Direct queue for what will likely be a very limited amount of stock. PlayStation is confident there’s plenty of you out there that still want its new console, predicting that the PS5 will sell more than 22.6 million units during its third year.