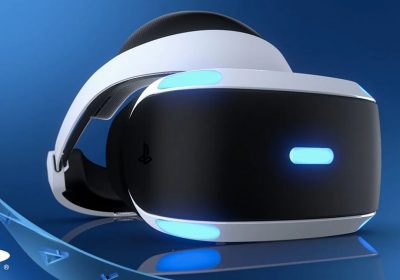 PlayStation has just announced the anticipated PlayStation VR2 is launching early next year, February 22. That should give you just enough time to financially recover from the hectic November triple-A period. You'll need that time too, because it's selling for a whopping $549.99, $50 more than a brand new PS5.

It will be launching with a Horizon Call of the Mountain bundle that's priced at $599.99. Remember though US readers, that's before tax. The Horizon VR game is set to show off what the PS VR2 is really capable of, so a lot is hinging on its success.

There are also 11 new PS VR2 games that have been announced. Crossfire: Sierra Squad is a battle-focused shooter that will reveal just how well first-person gunplay works in the new hardware.

The Light Brigade is a single-player roguelike with even more gunplay. Cities: Skylines is getting a VR adaptation in Cities VR, and Cosmonious High will offer a colourful VR adventure in a school an alien has crash landed in. All of these games should be coming to the platform in 2023, so you won't be waiting too long to get stuck into some new games if you do get the headset at launch.

Before you rush out to place your preorders, it's important to note that you need a PS5 to play the PS VR2, it isn't a standalone headset like the Quest 2. That means it'll cost a total of about a grand to play if you don't already own Sony's flagship console already.

People in the replies to PlayStation's tweet aren't too happy about the price point. No one expected it to be cheap, but costing more than the PS5 itself is rubbing people the wrong way. It's also not backwards compatible with older PS VR games, so your existing library is useless on it.