Home » News » Pokemon Brilliant Diamond & Shining Pearl Are Faster To Speedrun Than The Originals, Thanks To Glitches 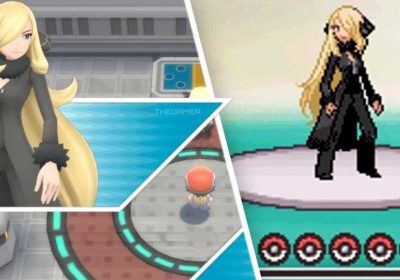 Pokemon Brilliant Diamond & Shining Pearl may not be having the launch Nintendo envisioned. Not only did it get into the hands of players weeks ahead of its actual release date, it's also absolutely full of glitches. This, of course, is not strange for a Pokemon game – some bugs are more iconic than the 'mon themselves – but it's looking increasingly likely that these remasters are actually more buggy than the original DS releases.

Case in point: it's already way easier to speedrun. Thanks for some pretty significant exploits, speedrunner Wester has already managed to beat the game 37 minutes, 27 seconds. This is a full 20 minutes faster than the record in the original Diamond & Pearl – despite those games getting a 15-year headstart, and Werster tells us this is just the beginning.

Werster was off to a good start right out the gate, getting a time of 50 minutes earlier this week. "Ladies and gentleman, we got em", Werster says in the initial run's description. "The remakes are so broken you can beat them in under an hour!" Indeed, it looks pretty broken. Perhaps the highlight of the run is where Wester goes to face the Elite Four, only to glitch right past them. This is accomplished through abusing a bug with the in-game menus, allowing you to keep one up and move around at the same time. This results in the runner just walking right past Cynthia as she gives her speech, so it's pretty hilarious.

Speaking to Werster before the 37 minute time was achieved, everything sounded very optimistic. "Some minor improvements will see it go under the 40-minute mark in the future, with optimisations on the out of bounds routes and better understanding of what is and isn't specifically needed, and taking riskier and faster options", Werster then went on to get a sub-40 minute time just a day later. "But the big timesaves will come from new skips".

There are three skips that speedrunners are looking at in particular: a way to out of bounds away from a Team Galactic Grunt Celestic Town, getting to the Elite Four without having Surf, or just a way to skip going to them altogether. Considering the runners have already hit the ground running, progress is certainly looking good right now.

The original games were notorious for their out of bounds glitches, making large sections of the game skippable by simply warping to your desired location. With enough time, it's likely that remaster runners will break these games in two as well, with 37 minutes simply being the beginning.