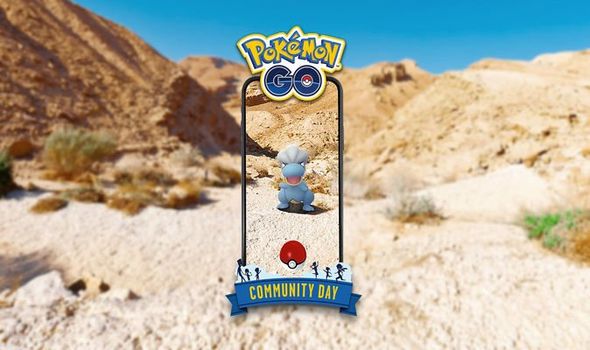 April 13 will be the date that Trainers will get their next chance at excelling during a Pokemon Go Community Day.

It has now been confirmed that Bagon will be the centre of attention, a Gen 4 choice from Niantic.

The development team made the announcement today, meaning that Shiny Bagons will be running around in a few weeks.

We still don’t know what exclusive move will be included, although we expect it to be available for its final form, Salamence.

Some fans were hoping for different Pokemon to feature, while there is still some speculation over how Niantic choose their Community Day Pokemon.

One user posted on Reddit: “Was hoping for Ralts personally, but I’ll just have to let Bagons be Bagons.

Another adds: “If they do the same thing as last year we’ll more than likely get a Ralts day. I was hoping that Bagon was going to be the dragon this year but had all but convinced myself that it was going to be Trapinch.”

“That would be logical actually, never thought of it. Let enough time to people to gather 5-6 of each, which is already kinda hard to pull during a normal 3 hours CD.”

Niantic also confirmed that they would be keeping to their new 3pm to 6pm local timing for April’s Community Day.

Fans can look forward to X3 Catch XP during the upcoming event, which is scheduled for April 13.

Niantic has also announced a new Pokemon event that will be happening before the next Community Day.

The first-ever Bug Out event will be hosted on April 2, starting at 9pm in the UK and finishing at the same time on April 9.

Here is the list of features that will be available during the Bug-Out Event today: