Pokemon Go Pikachu UPDATE: How to get Detective Pikachu before event ends 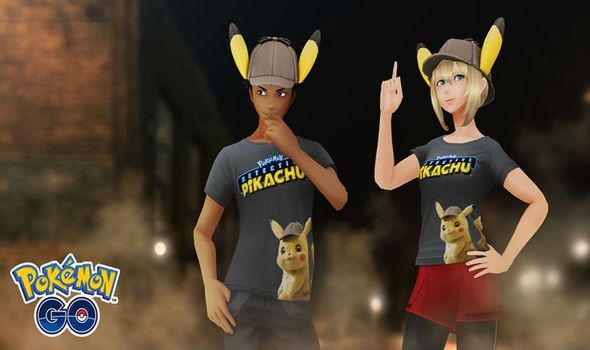 Getting Detective Pikachu in Pokemon Go is now possible but only for a limited time.

A new event is currently running that allows fans of the chatty rodent to add it to their collection.

But time is running out, meaning you’ll need to organised if you want a chance at nabbing the special Detective Pikachu before it disappears.

A message from Niantic teases: “Get your detective hats ready and start looking for clues as we celebrate the one and only POKÉMON Detective Pikachu movie!

“Do you have what it takes to keep up with the famous caffeine-powered detective who’s about to electrify audiences all over the world?”

For argument’s sake, let’s say you’re indeed capable of keeping pace with said Pocket Monster, how do you encounter it?

Niantic’s announcement doesn’t contain much in the way information on this front, although it does contain a few clues.

“And if you’re lucky, you could be photobombed by a Pikachu in a detective hat—with a chance to catch one of your very own.”

Building on an older event, Niantic has made it possible to capture Detective Pikachu via Pokemon Go’s AR Camera.

Fans will probably remember that this is the way they added Smeargle to their collection.

And while there were some annoying bugs blocking your way from catching Smeargle, it seems these have now been removed.

The process of capturing Detective Pikachu will boil down to you taking pictures of your Pokemon.

Just open up the AR camera, snap a picture and see if Detective Pikachu photobombs the image. Once Pikachu makes an appearance – which he did for us on the first attempt – quit the AR camera and Pikachu will appear in the wild wearing his special hat.

Here’s a more detailed breakdown for those Trainer that are new to the game:

As you might have already known, Detective Pikachu only boasts one difference with other Pokemon in the game; it gets to wear a sweet Sherlock Holmes hat. But you only have a short amount of time to capture the special variant, with Niantic confirming the end date for the new event.

All bonuses from this current Pokemon Go event will disappear on Friday, May 17, 2019, at 1 p.m. PDT. For those in the UK, that means Detective Pikachus will be disappearing at around 9pm, BST.