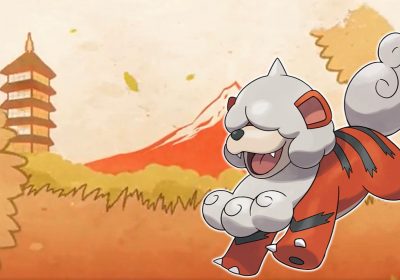 Pokemon has had what might well be its biggest year to date in 2021. The Pokemon Company has gone above and beyond to celebrate the franchise turning 25, launching new games, reprinting old Pokemon cards, and putting its monsters onto sweet treats like Oreos and Krispy Kreme doughnuts. The celebration is so massive it will leak over into 2022 via the launch of Pokemon Legends: Arceus.

The not-quite open-world Pokemon game arrives on Nintendo Switch on January 28, 2022. That means its arrival will fall into Pokemon Go's fifth season, which starts tomorrow (December 1, 2021). Pokemon Go has included numerous tie-ins to other Pokemon games throughout its five-year history, and it would appear Game Freak and Niantic have something up their sleeves for the launch of Legends: Arceus during season five.

A teaser for Pokemon Go's Season of Heritage, presumably the name for season five, was shared across Pokemon Go's social media accounts this week. The short clip revealed the name of the new season with the same mountain that can be seen in Legends: Arceus artwork in the background. The accompanying caption reads that trainers will “look to the past for answers”. Fitting since Legends: Arceus's Hisui region is the Sinnoh region set centuries before Brilliant Diamond & Shining Pearl.

No further details regarding how exactly Pokemon Go will incorporate the Hisui region and Legends: Arceus were revealed. The most obvious way will be to introduce some of the new, or perhaps that should be old, Pokemon to the money-spinning AR game. Legends: Arceus trainers have already introduced trainers to the Hisuian version of Growlithe and Basculin, as well as a never-before-seen evolution of Scyther called Kleavor.

A Legends: Arceus crossover with Pokemon Go is fitting since the launch of the former will be the biggest step away from its tried and trusted formula The Pokemon Company has taken since introducing the world to Pokemon Go. It might take a while for a Hisui presence to be felt in Pokemon Go, though. Even though the Season of Heritage is supposed to start tomorrow, don't expect Hisuian Growlithe and Kleavor to appear in the wild right away.