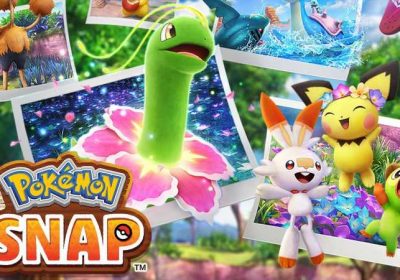 It’s getting time to dust off those cameras and seek out Pokemon in the wild as the New Pokemon Snap draws closer. As previously revealed in a trailer, New Pokemon Snap hits shelves April 30, and while information has been pretty scarce on the highly-anticipated game, looks like Nintendo is offering a few tidbits. The product page for the game now offers a few details about what to expect and also details the games file size. The hunt and snap Pokemon game will clock in at 6.8 GB of photo-fun!

At 6.8 GB, it looks like New Pokemon Snap will be on the smaller side of Switch games. Some of the larger games, like Breath of the Wild and NBA 2K20, rack up file sizes in the double digits. Still, there are plenty of games with lower sizes that offer a ton of content and hours of play. For instance, Mario Kart 8 clocks in at only 8 GB and is still a game packed with things to do. Since New Pokemon Snap is a game that dissent really require a ton of “action,” the lower file size makes sense. Plus, with the Nintendo Switch only offering a standard 32 GB of storage, the lower file size is a relief for many.

The original Pokemon Snap, released for Nintendo 64, was an odd choice of game for Pokemon that became a wildly popular one amongst fans. It was a relatively short game that saw the player traveling through several regions in the Pokemon Universe and searching for Pokemon to… well, snap. Often, the player would have to solve small puzzles that forced hidden Pokemon to reveal themselves.

The new game seems to be much of the same. The reveal trailer shows the player traveling through different areas (jungles, deserts, and more) and interacting with different Pokemon. Much like the first game, the New Pokemon Snap will have players use their photographs to research the different Pokemon in the region. They will travel the areas in their travel pod (the NEO-ONE) and use flufffruit to draw the attention of the Pokemon. Looks like there will be similar puzzles to solve in order to grab the attention of specific Pokemon. It looks like the game is setting up to be nostalgic fun for fans of the original and a great introduction for newcomers.

New Pokemon Snap is part of Pokemon’s 25th anniversary celebration and will be available exclusively on Nintendo Switch on April 30, and preorders are currently live.