Home » News » Pokemon Sword and Shield DLC: Do NOT buy the expansion pass from Nintendo eShop

Pokemon Sword and Shield DLC: Do NOT buy the expansion pass from Nintendo eShop

The January 2020 Nintendo Direct might not have been exactly what we were hoping for, but it was good news for Pokemon Sword and Shield fans. The Nintendo Switch hit took centre stage during the presentation, as Game Freak unveiled plans to release two expansions for Pokemon Sword and Shield. It begins in June 2020 with the Isle of Armor DLC, followed by The Crown Tundra DLC in autumn.

While there’s still a few months until the Pokemon Sword and Shield expansions make their debut, fans can actually pre-order the DLC right now.

But before you head over to the eShop and pre-order the Pokemon Sword and Shield expansion from there, you might want to pay a visit to ShopTo instead.

The online retailer has reduced the price of the Pokemon Sword and Shield expansion to just £21.85.

Considering it’s only just been announced and is sure to be popular, this is a fantastic saving and a real no-brainer. 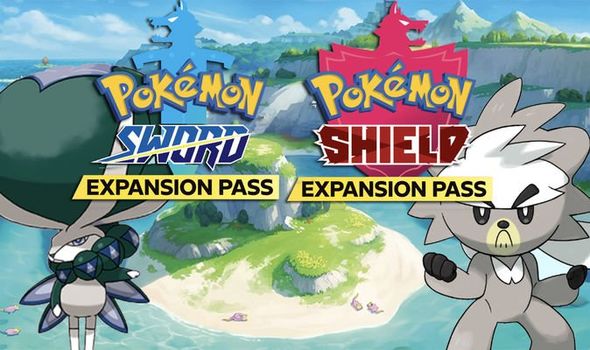 Most exciting of all is the ability to explore two brand new regions based on parts of the UK.

Fans who pre-order the expansions will also receive download codes for some in-game uniforms based on Pikachu and Eevee.

“Fans will be able to receive the Pikachu and Eevee Uniforms in Pokemon Sword or Pokemon Shield by using codes that they will receive after they purchase the Expansion Pass,” Game Freak explains.

The Isle of Armor

In this expansion, Trainers will head to the Isle of Armor, the stage of a new adventure in the Galar region.

The Isle of Armor is a giant island full of environments not seen in Galar before. There players will find wave-swept beaches, forests, bogs, caves, and sand dunes.

There are also plenty of Pokémon that make this island their home, living freely amid the lush natural surroundings.

There’s even a dojo here that specializes in some very particular training styles. Trainers and their Pokemon will take up an apprenticeship under the master of this dojo and train hard to become even stronger.

This expansion is set in the snow-swept realm of the Crown Tundra.

The Crown Tundra features a beautiful shining, silvery landscape. In this frigid area, with its jagged winter mountains, people live in small communities where they support and rely on one another.

A certain person will appoint the player as the leader of their exploration team in the Crown Tundra, where Trainers will be tasked with investigating the reaches of this frozen land.

Here, Trainers will be able to explore the full depth of Pokémon Dens, which they’ve so far only been able to glimpse in Max Raid Battles.