Pokemon Sword & Shield: How To Catch The January Gigantamax Pokémon

Pokémon Sword and Shield are currently playing host to Gigantamax Coalossal and Lapras Max Raid battles, along with appearances from Flapple and Appletun. The probability of encountering a Gigantamax form within a Dynamax den is usually very slim. However, certain Gigantamax Pokémon are spawning more frequently during particular time-periods.

Currently, that time-period is January and the Pokémon in question are title-specific. Gigantamax Coalossal and Flapple are spawning more frequently in Sword this month, while Lapras and Appletun are frequenting the dens in Shield. 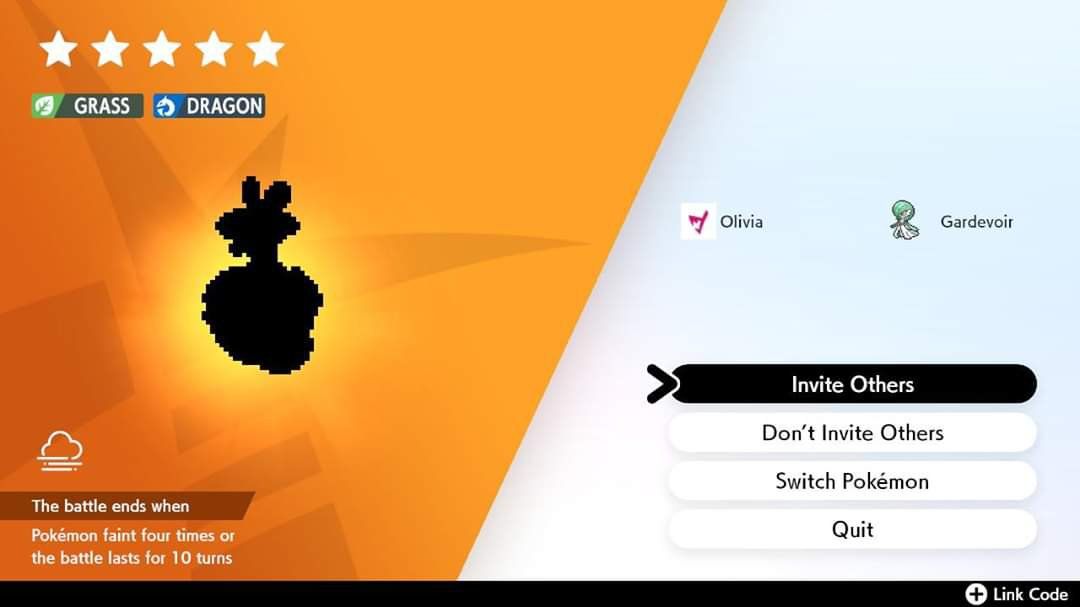 Once in the Max Raid lobby, players are able to view several bits of information that will help them lay out a strategy for taking down the raid Pokémon. The details for the raid are listed down the left side of the lobby screen. This includes the raid Pokémon’s type and silhouette, any weather conditions affecting the den, conditions of defeat, and the star difficulty of the raid. 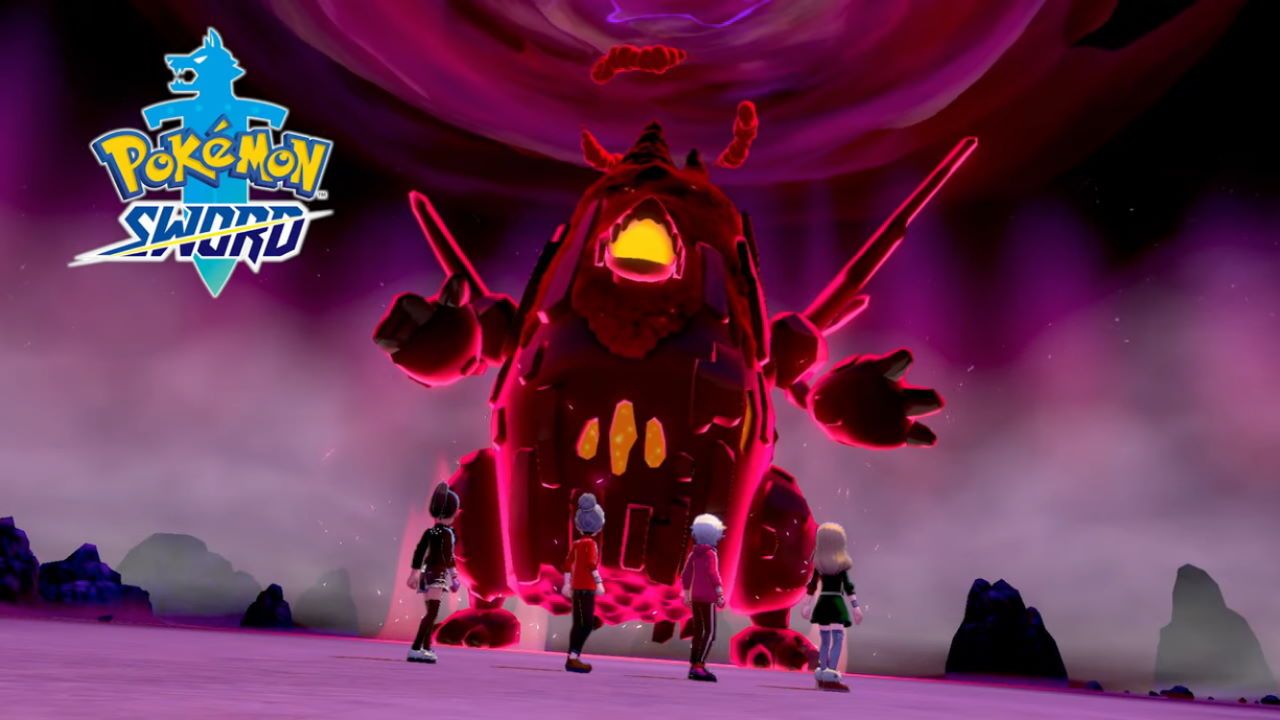 Water-type Pokémon are always a reliable choice against Coalossal, as are Ground-types. This makes Whishcash and Seismitoad viable contenders, both with decent stats and the double-type advantage. Stack these Pokémon’s move-sets with high-powered attacks and haul away, just try and avoid physical attacks. Pokémon that come into contact with Coalossal’s flame body stand a good chance of getting burned.

On the contrary, however, Seismitoad may inflict a poisoning effect upon landing physical attacks. Whiscash may also heal burn effects with its Hydration ability. The staunch water and rock-type Drednaw would also hold up swimmingly against Coalossal, given its double defense to Fire moves. 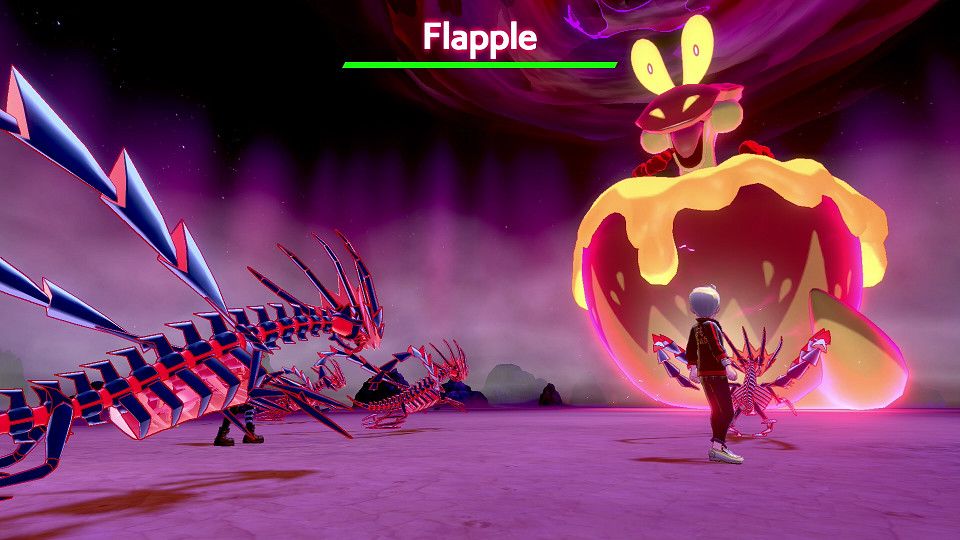 This flying apple is a Grass and Dragon-type Pokémon, therefore Ice-types will be doubly effective against it. Galarian Darmanitan is a competitive favorite for being one of the heaviest hitters in the game. Its Ice moves will have Flapple down for the count in no time.

Aside from Galar’s abominable snow monster, it’d be wise to look towards the legendaries for this raid. Zacian is Pokémon Sword‘s title legendary as well as the stronger of the two legendary dogs. With its high-powered attack and lightning speed, it’s hard to avoid an assault from this pooch. Zacian’s Fairy-type provides extra defense against Flapple’s Dragon moves as well.

Eternatus could also work as it’s a Dragon-type with powerful moves, therefore doubly effective against Flapple’s Grass and Dragon-types. Eternatus is the strongest Pokémon in the game and as such, it can withstand a few hearty blows from its fellow Dragons. 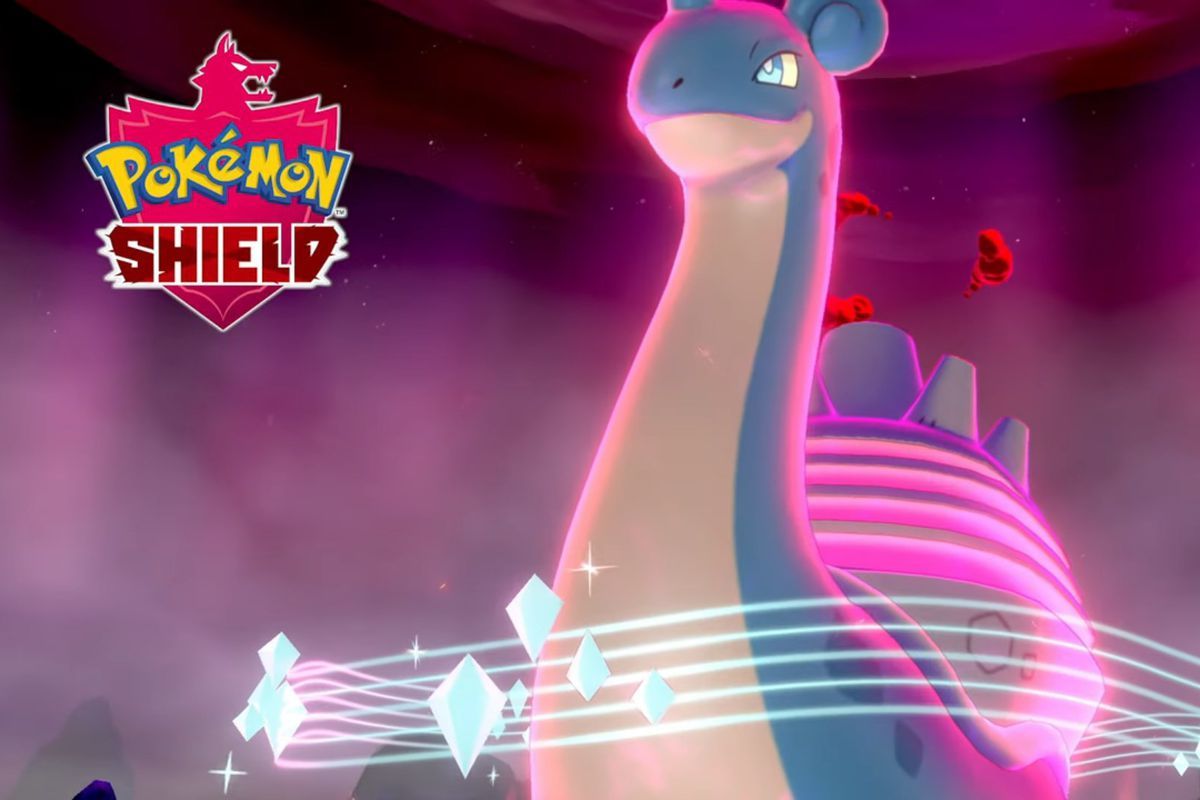 Lapras doesn’t have a double type-weakness like some other dual-type Pokémon, but Electric, Grass, Rock, and Fighting moves work well. Players will have to watch their back for counter-strengths though. Copperajah makes a steadfast contender as Ice moves aren’t very effective against it and Water is neutral. However, Steel moves can be quite effective against Ice-types.

Zamazenta, the Legendary doggo attainable in Pokémon Shield, can do a number on Lapras using its high-powered Fighting moves. It’s hard-hitting Steel attacks don’t make a bad set of supportive moves either.

Kommo-O is a dual-type Dragon and Fighting Pokémon which ranks on TheGamer’s top 10 list of strongest Pokémon in the game, along with Tyranitar and Eternatus. Eternatus’ Dynamax Canon and legendary status give it an edge, but all of these front runners could hold up alright against Lapras. 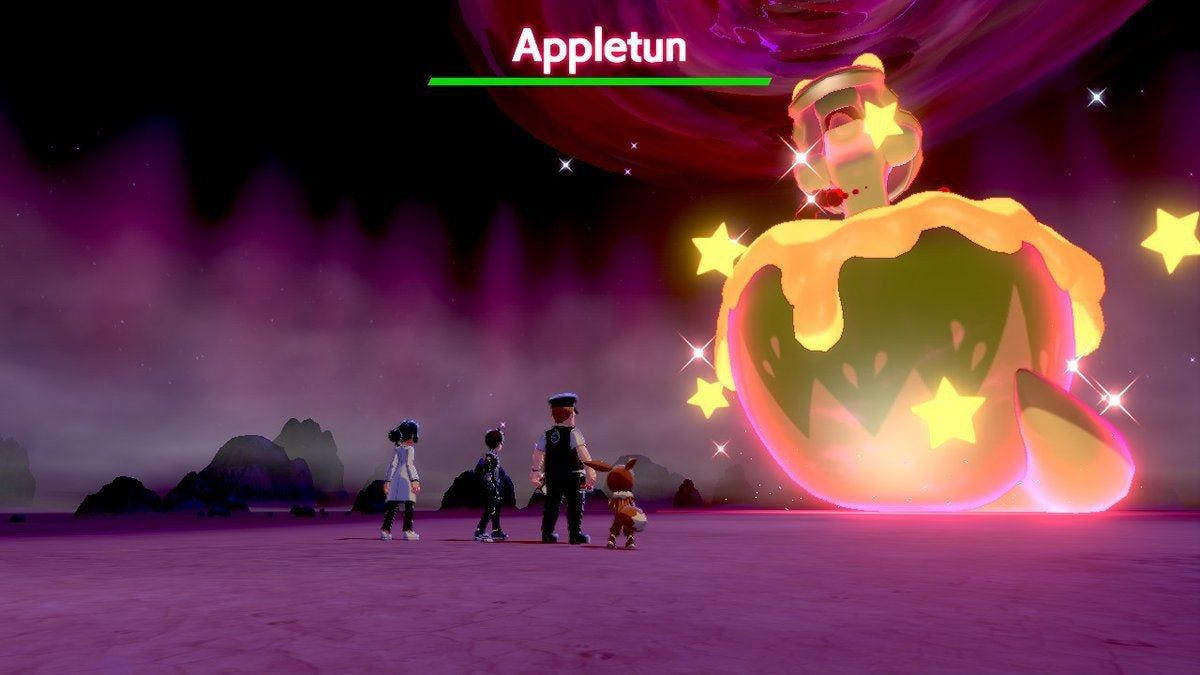 Appletun is also a dual Grass Dragon-type like its evolutionary counterpart, Flapple. Therefore Galarian Darmanitan will make a strong adversary here as well, along with any heavy-hitting Ice-type Pokémon. Dragons can be helpful again too, just be sure they are strong enough to withstand returning Dragon-fire. Eternatus and Tyranitar are top contenders to fill this role as they are among the strongest Dragon-types. Whichever battle style the player opts for, they best be sure to bring their heaviest hitters as Appletun is a tank disguised in sugar and spice.

Keeping Darmanitan, Eternatus, and either Zacian or Zamazenta in the trainer’s party while patrolling for January’s Gigantamax spawns will cover most grounds. However, Sword players will want to incorporate high-pressure Water-types to squelch Coalossal’s heat, while Shield players should round out their parties with heavy-hitting type-advantageous Pokémon to combat Lapras.