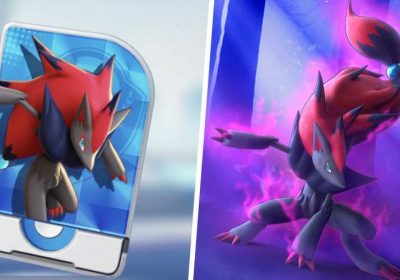 The Speedster Role in Pokemon Unite is one that has not received as much attention as others throughout the course of the game, with only a handful of Pokemon belonging to this category since its initial launch. That being said, Zoroark falls into the Speedster class, fitting it quite well with its different attacks and abilities.

This fan-favorite Pokemon is one that has been heavily requested by the Pokemon Unite community, and it's safe to say that it does not disappoint, as it possesses a unique and exciting in-game kit. We've put together everything you need to know about this new addition, giving you the tools to dominate on the battlefield.

When To Pick Zoroark 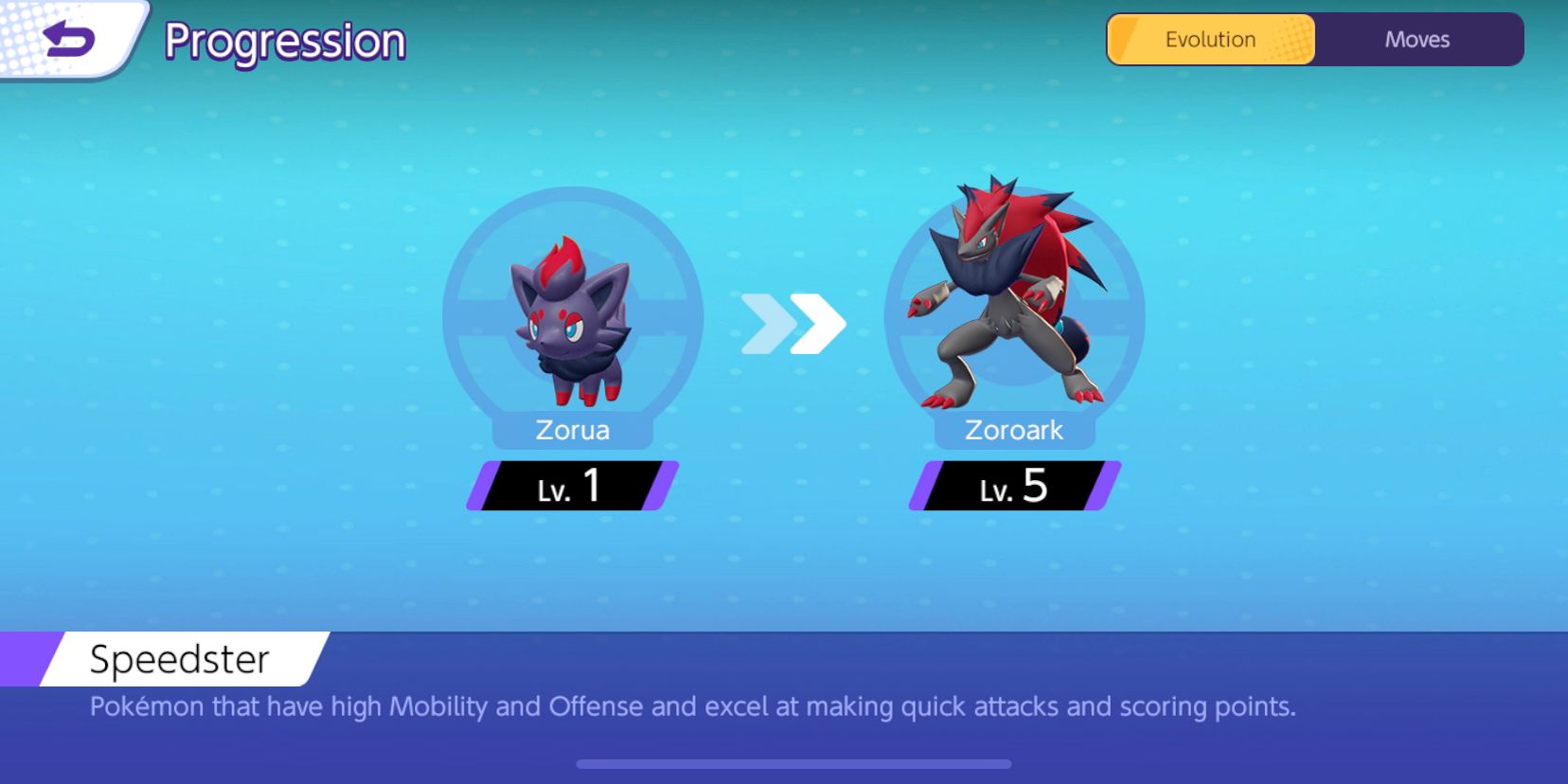 As a Speedster, Zoroark's moves and abilities revolve around speed and movement, allowing you to quickly traverse through the battlefield. In addition to this Pokemon's pace, Zoroark excels in attack speed, possessing moves that can rapidly deal damage to opponents, allowing you to target and take out vulnerable opponents.

Although the damage output of this Pokemon proves to be impressive, Zoroark's endurance and survivability is definitely not its strong suit. That being said, the availability of several dash moves, some restoring the user's HP, allows you to quickly evade and retreat from opponents and other dangerous situations.

With all of this in mind, you can find success when playing Zoroark in any of the three lanes on the battlefield. With relatively strong attacks at lower levels, Zoroark can easily damage and take out others when you play in the top and bottom paths early on in the match, giving your team an early advantage.

When choosing to play in the center lane, use your speed to quickly take out wild Pokemon and support your teammates in the top and bottom lanes. Make sure to properly utilize Zoroark's kit to relocate and group up with your allies for large team fights and other in-game objectives. 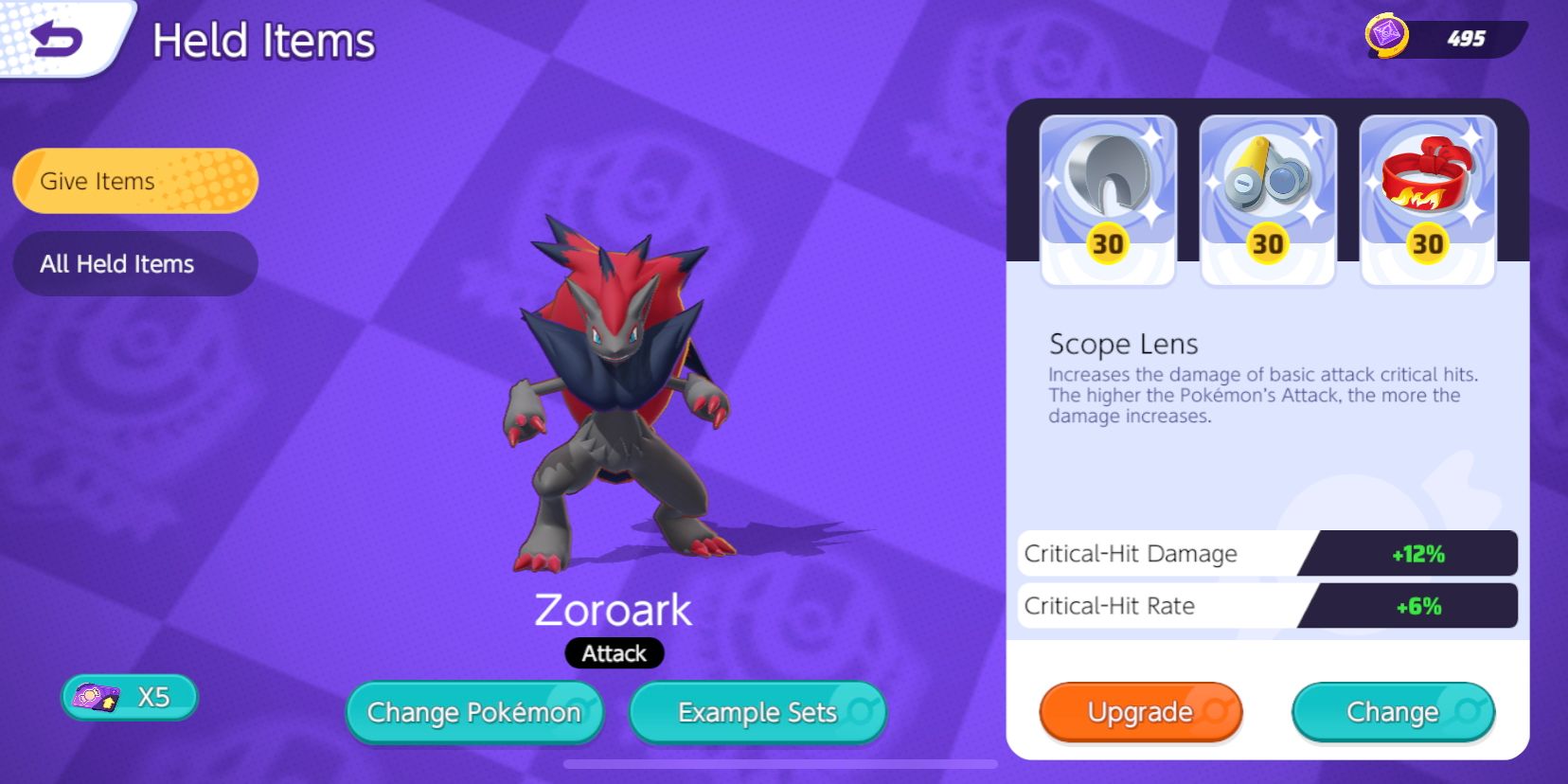 This build uses Zoroark's moves to single out vulnerable opponents to rapidly deal damage and knock them out. This in addition to the ability to stun opposing Pokemon combines to create an extremely lethal Speedster Pokemon, proving to play the perfect assassin role on the battlefield.

Use Shadow Claw to dash toward an enemy, stunning them when they are caught in the path of this attack. Quickly combo this with Night Slash, turning your next few Basic Attacks into rapid slashes at the desired opponent. If you consistently land these attacks, you will be given a final attack, putting you in the air briefly, then dealing significant damage in an "X-shaped" area. Use this as the finishing blow, often dealing enough damage to finish off any enemies that you have used this combo against.

For your Battle Item, the Eject Button proves to be extremely useful for this particular build. Not only is it used to gain an additional dash, but more importantly, it can be used to reposition the final hit of your Night Slash combo. This allows you to close in on fleeing enemies and attack those who are out of range and not anticipating it. 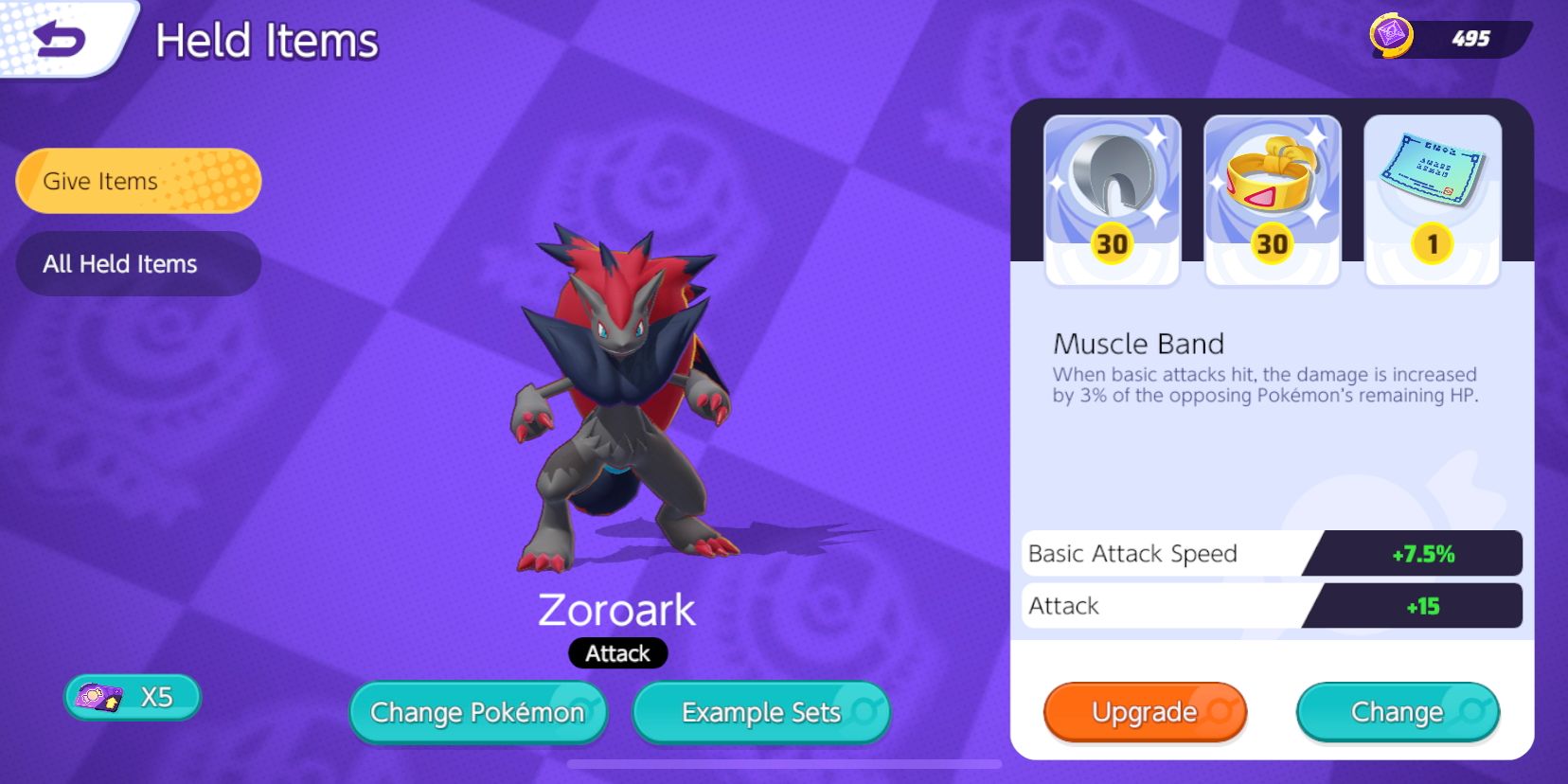 This build takes advantage of Zoroark's extremely rapid attack speed through the use of the different dash attacks in its kit. With this play style, you will be able to land multiple hits on your enemies in rapid succession, dealing significant damage while also remaining relatively secure through your movement abilities and HP regeneration.

For this build, opt for Feint Attack, allowing you to dash at an opponent, dealing damage and placing a start point on the map where you initiated this attack. If you land this attack on an enemy, it can immediately be used again, having you dash back to your initial start point and creating a new one where this new dash was initiated. This process can be repeated four times as your Feint Attack hits an opponent, concluding with a final lunge at the desired opponent.

Pair this with Cut, a simpler dash attack that deals significant damage while also regenerating some of Zoroark's HP. If you notice your health diminishing in the midst of your Feint Attack combo, make sure to use Cut, not only regenerating your HP, but also allowing you to continue your combo, creating a new start point like the dashes of your Feint Attack.

Held Items for this build are similar to those used with the Night Slash build, with Razor Claw again proving to be extremely effective. Pair this with other offensive-minded Held Items like Muscle Band and Weakness Policy, furthering the overall damage that you deal during Zoroark's lethal combos.

For your Battle Item, the use of X Attack or Slow Smoke is recommended. This will either increase the damage of your combo, or make it even harder for your opponents to retreat from your attacks. 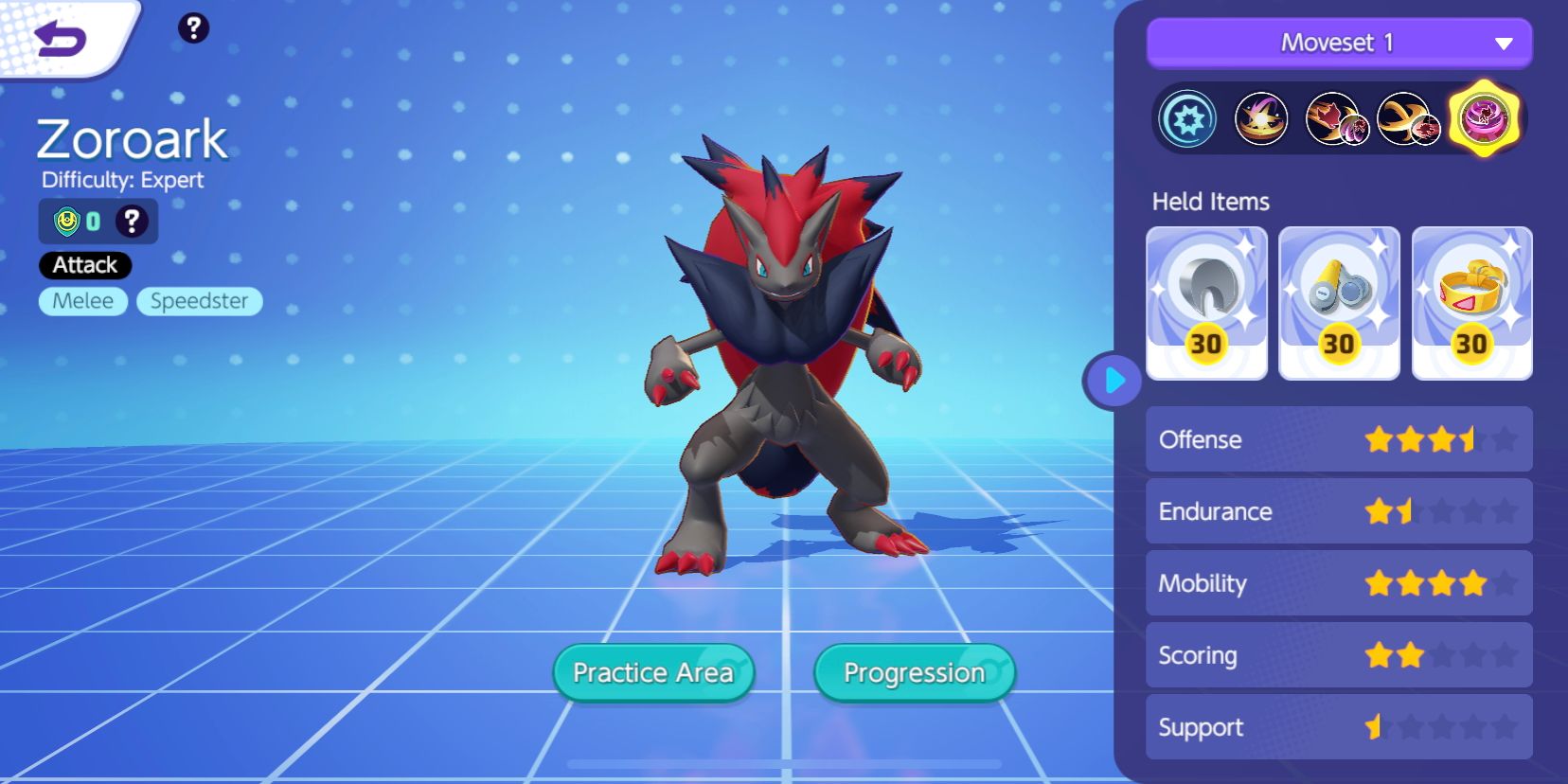