Home » News » Pokemon Unite: How To Play The Attacker Role

Pokemon Unite: How To Play The Attacker Role 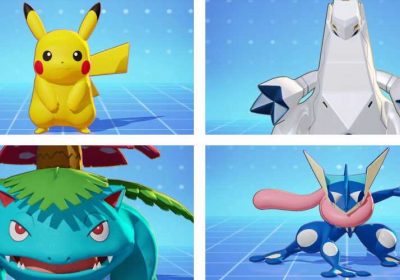 Pokemon Unite offers over 30 Pokemon to play as, each falling into one of five roles. These roles possess different strengths and weaknesses, and are expected to perform a specific job throughout a match. It is crucial to know this information when playing a Pokemon Unite battle, not only for yourself but also for the overall success of your team.

One of these five roles is the Attacker. Consistently topping the damage leaderboards, the Attacker role is one of great appeal, and inevitable popularity. Knowing the ins and outs of this role is extremely important, giving even amateur players an edge over the competition.

What Is An Attacker?

Pokemon that fall into the Attacker category are those with the highest offensive stats in the game. This advantage is balanced out with shortcomings for these Pokemon; mainly their low endurance stats.

Their lack of HP and overall survivability requires you to choose your actions carefully when playing the Attacker role. If you are constantly putting yourself in dangerous situations and getting knocked out during a match, any damage that you cause will be heavily outweighed by your absence in battles with your team.

What Attackers Are Expected To Do

Naturally, the role of an Attacker in Pokemon Unite is to take down your opponents as quickly as possible, to give your team the advantage when pushing lanes. In order to maximize your impact, it is important to know exactly what to do and how to handle the various situations that you may encounter throughout a match.

What Lane To Choose

At the start of a Pokemon Unite match, you have one of three directions, or paths, to choose from: top, center, and bottom. Although Attackers can find success in any of these three paths, it is recommended that most Attackers either choose the top or bottom path.

Typically, two Pokemon will go to the top and bottom paths; while only one will go to the center. Having a teammate present in both the Top lane and the Bottom lane leads Attackers to excel in either of these two paths.

That being said, some Attackers can benefit from choosing to take on the center path solo. The ability to acquire large amounts of XP early on in a match can help Attackers like Cinderace or Greninja, allowing them to out-level and dominate the opposition early on in the match.

Attacking Pokemon can efficiently knock out wild Pokemon that they encounter. Quickly work with your team (or by yourself if playing in the center) to defeat wild Pokemon in your lane, maximizing the XP and accessing your abilities more quickly. You'll also be expected to 'steal' wild Pokemon on the enemy side, mainly using a strategy known as "last hitting."

Players who perform the final blow on a Pokemon (either wild Pokemon or opposing players) will receive the majority of the XP given for the knockout. Wait to attack a wild Pokemon until its health is low, so that your powerful moves can secure the final blow.

Work With Your Teammates And Secure Objectives

You'll certainly need the help of the other players on your team if you're going to survive a skirmish. Your lane partner, ideally a Defender with high endurance stats or a Supporter with healing and shielding capabilities, should take the front line and tank the enemy's attacks, while you do your thing from a safe distance.

There will be a few major objectives that can be secured throughout a Pokemon Unite match (Rotom, Drednaw, Zapdos), providing various bonuses to the team that secures the final blow. Your job when contesting these is to either burst down the neutral objective, or knock out the enemy players so that they cannot claim it for themselves.

There are currently 10 Attackers that are available to play in Pokemon Unite:

Although each of these Pokemon can succeed in any of the three lanes available, they typically excel in some lanes more than others.

Most of these Pokemon will pair up with a teammate in order to push the lanes. When playing as weaker Attackers, like Alolan Ninetales and Pikachu, it is important to stay out of range of the enemy. Getting up close and personal won't help, so work with your team to efficiently seek lane advantage and group up to contest teamfights and neutral objectives.

Certain Attackers possess the potential to cause major problems for the enemy when coming from the center lane (also called the "jungle"). Attackers that fall into this category, such as Cinderace and Greninja, should farm up as quickly as they can so that their power spike comes earlier than their opponents.

Once you've cleared the jungle, head to one of the other lanes and help push the lane, which should enable your team to score a bunch of points. Continue this process throughout the match, making sure to clear the center of wild Pokemon, while also grouping up with your team when it comes to contesting major objectives.

When preparing for a Unite Battle, you can equip a Pokemon with up to three Held Items (unlocking the second slot at Trainer Level 7 and the third at Trainer Level 10). These items grant Pokemon a variety of perks and stat increases, making your choice of Held Items extremely important. The best Held Item choice is highly dependent on which Pokemon you choose, so it is crucial to know the most beneficial Held Items for the Attacker role.

For the most part, Attackers should utilize Held Items that provide bonuses to their offensive moves and Attack/Special Attack stats. Each playable Pokemon in Pokemon Unite attacks using moves that deal either Attack or Special Attack damage, so it is important that you are choosing Held Items that boost each Pokemon's specific attack type.

For example, it would be a good choice to use the Muscle Band, an item that increases Attack, with an Attacker like Decidueye. However, this item would be ineffective when used with a Pokemon like Venusaur, as its moves primarily use Special Attack. Examples of offensive Held Items and their affinity are as follows:

Attackers should have one to two Held Items equipped that boost their Attack/Special Attack power, and one Held Item that increases their survivability. Although this is not necessary, equipping Held Items like the Buddy Barrier, Score Shield, or Focus Band help to compensate for Attackers' lack of endurance.