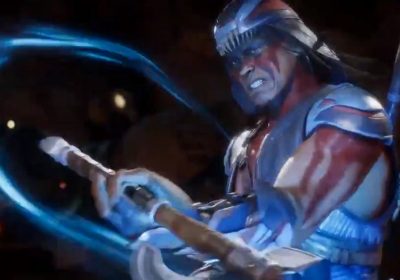 When you get to a certain level in the professional fighting game scene, the actual “fight” becomes less important than the social aspect of the community. Thus, we see two Mortal Kombat 11 players in the CEOGaming tournament spending the last round of the grand finals playing catch.

This clip comes courtesy of Reddit user TSM- who explains the whole thing. "They were two newcomers to the competitive scene, from Chile, also twins, who are like 16 years old, and both got into grand finals, and this is what happened right at the last second of grand finals,” wrote TSM-. “An organizer got mad at them, everyone else thought it was hilarious."

I’m not sure how mad one of the organizers really was, but it was certainly a very amusing fight. To start, both players went with Mortal Kombat 11's Nightwolf, and then they both decided to zone each other out using the same bird toss, only to eventually start reflecting the same bird back and forth for almost 30 full seconds.

"The timer's gonna run out again, bro,” noted the commentator. The game of catch eventually ended with seven seconds left on the timer. Scorpionprocs won, but both competitors put on a fantastic show for the crowd.

In other Mortal Kombat news, a team of indie devs is trying to get the original Mortal Kombat Trilogy remade for modern hardware. The team estimates it'll cost roughly $1 million to develop the remake and part of that cost would be crowdfunded. Joe Tresca, CEO of developer Eyeballistic, recently told TheGamer that the team has a roadmap already planned out and all it would take is the go-ahead from Warner Bros.

"If enough fans put their money where their mouths are,” said Tresca, “we should reach that goal and it’ll automatically kick in that WB would fund the remaining cost of the project for marketing and development.”