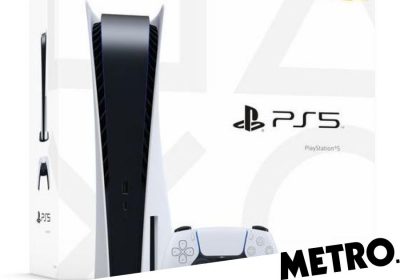 Your next chance to get a PS5 from GAME is next week, with the retailer already advertising new pre-orders on its website.

The closer we get to Christmas the more desperate people are going to be to get hold of a PlayStation 5. They do come back into stock more often than they used to but never for very long and you still have to know when and where to look.

Smyths had a new delivery earlier in the week and now GAME already has pre-orders listed again, with the date of October 21.

The dates they list on the site are not when the actual restocks take place though and if you want to be able to purchase them live then they’re predicted to be available on Tuesday, October 12.

According to stock checker site PS5 Stock UK the consoles will end up being delivered by Friday, October 15. So in time for next weekend.

There’s no guarantee of any of this, and GAME has not yet made an official announcement, but after months of coping with shortages the process has, by this point, become very predictable.

As such, it’s almost certain that when the consoles are put up for sale it’ll be somewhere between 9am and 11.30am – as that’s what GAME has always done in the past.

If you miss out, then another retailer will no doubt get more stock in shortly after. GAME restocks now usually happen at least twice a month, and hopefully maybe even more in the run up to Christmas.

Although there has been some talk recently that shortages will be over by the second half of 2022 there’s no guarantee of that and others, such as Toshiba, have predicted it might be 2023 before either the PlayStation 5 or Xbox Series X is easily available.

GAME has updated the PS5 bundles page with a 21/10 release date, indicating a possible online restock around the 12th of October. No further information is currently available.https://t.co/SaSokhTYL2#PlayStation5 #PS5 #PS5Restock #PS5Stock pic.twitter.com/QvWid4aiLq