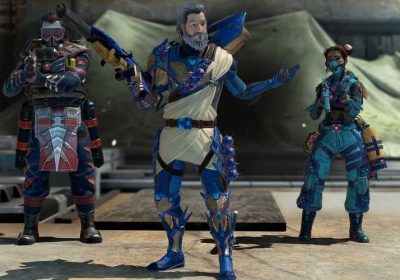 The long-requested PS5 version of Apex Legends has been spotted on the PlayStation Network.

Respawn Entertainment earlier said that it was working on native versions of Apex Legends for PS5 and Xbox Series X, although it never shared a specific date with the community for when they would be available. Back in November, dataminers discovered internal codenames for next-gen ports in the game's files that were added during Seasons 10 and 11, suggesting some progress had been made by the team and that the improved editions were on their way.

Now, PlayStation Game Size on Twitter, who has previously revealed file sizes and release dates for upcoming titles, reported that Apex Legends for PS5 has been added to PSN with a download size of 80GB – although that doesn't factor in any additional updates that could be coming with the port. While we don't know any further details of this version just yet, some leakers assume that it will have a boosted resolution, higher graphic fidelity, and a 120fps performance mode.

As for when players can expect to see it, there's a good chance that Apex Legends' native versions could be part of a new content rollout for Season 12, which is expected to start on February 8. Additionally, Respawn is working on the game's cross-gen progression which is also scheduled to launch sometime later this year.

Right now, Apex Legends uses PS4 and Xbox One versions to run on current-gen devices via backward compatibility. Because of this, the game runs on PS5 and Xbox Series X at a stable 60fps but offers nothing beyond that like DualSense controller support or enhanced visuals.

In other recent news for Respawn fans, GamesBeat reporter Jeff Grubb recently said the studio is working on a brand new triple-A single-player FPS that focuses on style and mobility – but that it isn't Titanfall 3. The mysterious project won't be out until at least 2024 but in the meantime, the devs plan to launch another title, which is presumably the Star Wars Jedi: Fallen Order sequel.