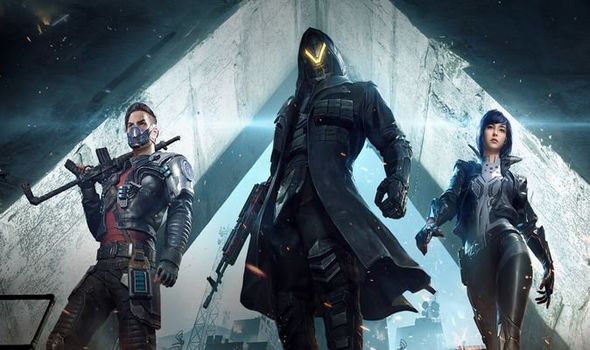 It won’t be long until PUBG Mobile Season 11 releases in earnest and gamers on Android and iOS can start unlocking the top Royale Pass rewards.

The first stage in the launch of Season 11 was for Tencent to release update 0.16.5, which should now be available to most players.

Tencent hasn’t announced a set time for when the new Royale Pass will be going live, as this is expected to happen in waves.

Some regions will get it before others, and it should make for a smooth rollout of the latest content.

Gamers usually start seeing PUBG Mobile Season updates popping up after 2am, GMT, so it’ll be worth keeping an eye out for the latest news.

“Royale Pass Season 11 is almost here! Venture forth into this dystopian future, and fight to determine the victor between humanity and technology,” a message from Tencent teases.

“Take aim at your enemies in Royal Pass Season 11: Operation Tomorrow, it arrives January 10. The battle for the future is about to begin!”

So what can we expect from PUBG Mobile Season 11 and its Royale Pass?

Royale Pass Season 11: Operation Tomorrow is to include more missions, new rewards, and a range of high-quality futuristic outfits.

And since the latest update went live, new outfits have been shared online by data miners.

This includes the reported Gold Skin that will be available to unlock during PUBG Mobile Season 11.

There’s a ton of new weapon skins being released alongside all the new outfits, one which transforms the firing pan into a work of art.

There’s going to be plenty of new rewards to unlock and some will be much easier and won’t require any extra purchases.

Tencent has confirmed that alongside the normal free tiers, they will be providing an update bonus for those who have upgraded to the newest version of the game.

Updating to the newest version of PUBG Mobile between January 9th and 15th will earn players 20 Silver, 2,000 BP, and one Blue Glider Trail.

For those who do buy the Royale Pass, reaching max rank will earn you 600 UC towards upgrading next season’s pass, while the Elite Royale Pass rewards are worth 30,000 UC.

“Royale Pass is the main way for players to get rewards in the game. Royale Pass Points can be obtained in the following ways to increase the rank,” a message from Tencent adds.

Other changes made to PUBG Mobile this week include: