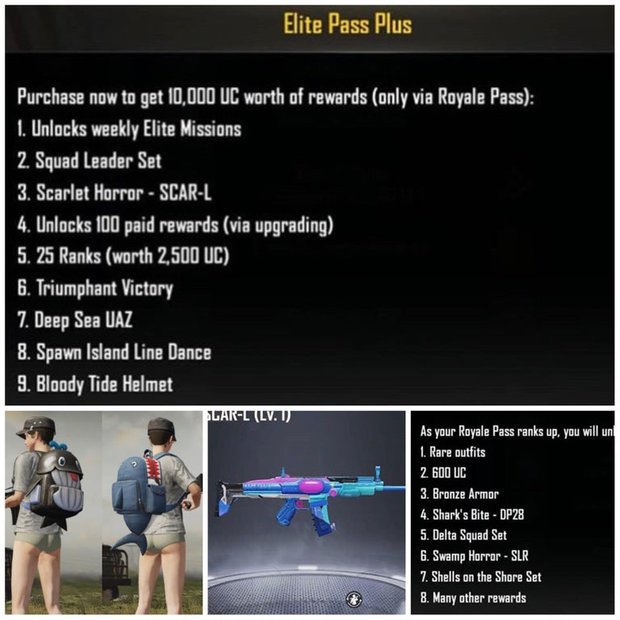 This week, players have noted that they’ve seen Tencent start to roll out version 0.13.4 to players of the game in certain regions.

According to the PUBG Mobile Reddit, the new PUBG Mobile update weighs in at around 2GB – 1982MB if you want to be exact.

If you have registered for the beta and have the client installed on your iOS or Android device, you should be receiving the download internally via the app now.

From what we can tell about the update so far, we think it contains the Season 8 Royale Pass, which seems to carry something of a nautical theme, and comes with a slew of new cosmetics (our favourites being the penguin and shark backpacks, pictured).

It also appears that the M249 LMG that spawns in the warehouse in Team Deathmatch games may end up being replaced by the RPG-7 rocket launcher, which will migrate from Zombie Mode (the only place you can currently find it).

It has also been theorised that Tencent will start to roll out an updated map for Erangel, too.

Erangel 2.0 has been in the works in PUBG for a while, with the revamped map recently released on the PC version of the game.

The new map contains updated textures and some alterations to topography and geography, too.

Though we’ve yet to get any firm confirmation of these changes, a 2GB update is likely hiding some pretty significant changes, and we assume that a map change is likely a large part of this.

We’ll update you as soon as Tencent publishes patch notes for this hefty new update.