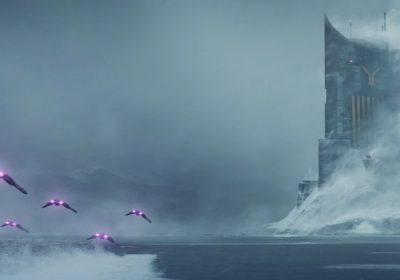 At The Game Awards 2021, the upcoming Quantic Dream and Lucasfilm Games collaboration, Star Wars Eclipse, was announced. This game takes place in the High Republic era of Star Wars, so you’ll see faces like Yoda around! There’s no release date, and the game is currently in early development, but the trailer showcases some fantastic Star Wars environments, aliens, and more. Check out the full trailer right here! There’s a vast assortment of cool Star Wars stuff to take in, including a pet keeper, some Mon Calamari, a bustling marketplace, speeder bikes, starships big and small, picturesque vistas, and a whole lot more!

Star Wars Eclipse lets you play as a varied cast of characters with their own stories and abilities and features a decision-driven story where your choices can change the outcome. Other than those scant details, there’s nothing else known about the game, but you can check out more as it develops at the official site.