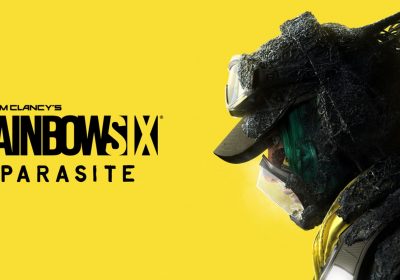 Ubisoft revealed a brand-new installment in the Rainbow Six series – Rainbow Six Quarantine, during the E3 2019. The game has since been codenamed Rainbow Six Parasite. Over an hour’s worth of gameplay footage leaked earlier this year with an early closed technical test that went live for select players – and it looks like that’s not the only leaked footage for Rainbow Six Parasite in 2021.

Earlier this month,  SkyLeaks, shared new gameplay footage for Rainbow Six Parasite, and the clips have been edited into one video by DBL online. In this new footage, we can see  Ela’s operator using her signature submachine gun and pistol. The game features mechanics like closing doors, switches, and getting the scientists to safety, similar to the hostage game mode in Rainbow Six Siege.

The gameplay starts with the loadout screen featuring Stun Grenade, Nitro Cell, and Scan Grenade gadgets. On the next screen, we can see the operator and their weapons, including a recon drone. Players could select between a recon drone, body armor, or ammo satchel. If you’re interested in having a closer inspection of the footage yourself, you can check it out below.

The body armor reduces the incoming damage by 20%, and if players select the Ammo Satchel, they will deploy in the game with 2x the ammo magazine carrying capacity. We can also see our teammates’ loadout and details similar to Rainbow Six Siege.

Following the leaked footage last month, Ubisoft stated that they would be revealing more details later this year for Rainbow Six Parasite. The game was originally planned to be released in 2020 but was delayed with a new release window of 2021.

According to recent reports, Rainbow Six Parasite is a codename for Rainbow Six Quarantine. Ubisoft stated that this is just a placeholder name that is being used internally, “We can confirm this is a glimpse of the upcoming game, and we will share more details, including the official name, soon.”

Next: Watch Dogs: Legion Is Getting 60FPS Update For Next-Gen Consoles