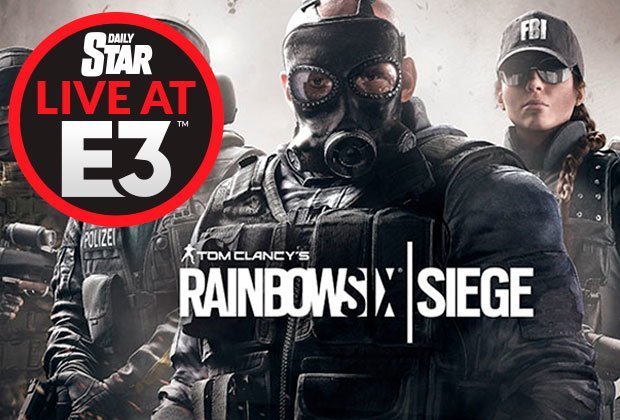 Ubisoft’s E3 2019 press conference may be later in the running order – coming after Microsoft, Bethesda, and Devolver the previous day – though it’s fair to say that this is easily one of the most anticipated.

The Assassin’s Creed publisher is set to announce some big new games including Watch Dogs Legion – an ambitious threequel set in London, giving players free reign to assume control over any NPC (non-player character) in game.

We’re also likely to hear more about Google Stadia following the company’s recent Stadia Connect reveal broadcast. Ubisoft is renowned as an early adopter for new platforms and will be bring several of it current and upcoming titles to Stadia when it launches.

With the PlayStation 5 and Microsoft’s next gaming console appearing on the horizon, Ubisoft may have some related announcements of its own and how it intends to future proof its cluster of ongoing “live service” games.

These include The Division 2, The Crew 2, For Honor, and Ghost Recon: Wildlands, as well as Rainbow Six Siege. Despite a rocky start, the Tom Clancy shooter is now one of the champions of its genre with a thriving community of fans and a burgeoning esports scene.

Siege is of massive importance to Ubisoft and currently the publisher is carefully planning its future strategy for the game. It’s turnaround since launch and the way the development has supported it over the years has become somewhat of a template now commonplace – not only within Ubisoft’s own lineup, but the industry as a whole.

Rainbow Six Siege – What E3 announcement can we expect?

Much like For Honor, The Division 2, and Ubisoft’s growing suite of live service games, we already know what to expect. They’re being constantly refined and updated, each with their own detailed road maps and “Year Pass”.

In a nutshell, the Year Pass is a way for dedicated fans to get access to in-game content for these titles earlier than the rest of the player base. For Siege, that means early access to new Operators the moment they become available, and without having to grind for in-game currencies. You can also bank some extra goodies for showing your support.

However, there are rumours circulating that new Rainbow SIx co-op mode (or maybe even a spin-off game) may be in the works. Dubbed “Rainbow Six Quarantine” it will salvage ideas and mechanics from Ubisoft’s abandoned space game, Pioneer.

If true, the name Quarantine could suggest the return of Outbreak, an temporary co-op focused game mode Rainbow Six introduced a couple of years ago.

We won’t know until Siege makes an appearance during Ubisoft’s presentation. Those who stick around after the show can tune into the Twitch Rivals stream where celebrities and streamers will face off in Siege match for a $100K prize pool.