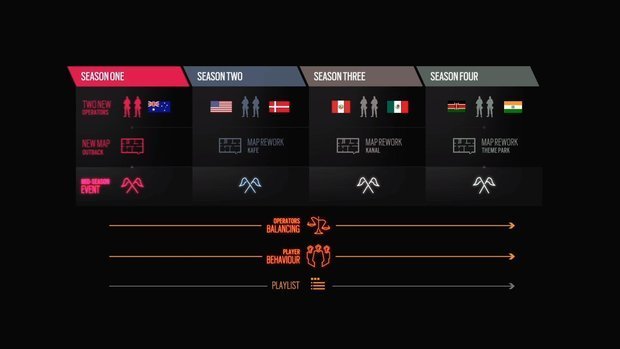 The upcoming release of Mozzie and Gridlock will take Siege’s playable roster up to 46. That’s 46 characters each equipped with a unique gadget that can used in a myriad of tactical situations in-game.

Each time Ubisoft Montreal crafts a new one of these gadgets for an operator, it has to consider whether it will potentially counter or compliment others.

For example, Mozzie’s Pest Launcher lets him commandeer up to three enemy drones, using them to scout out attacking enemies. One way they can counter this is by using IQ’s Electronics Detector to reveal them when in proximity.

It’s an ultra-specific detail – though one the Montreal team had to consider heavily by not only testing Mozzie’s gadget, but also retrofitting one of Siege’s oldest operators with a logical way of interacting with this new device.

That said, the process of adding new operators is much cleaner than it was before, as Athanassoff assures us:

“Now we think about systems independently from operators. Every new character that comes needs to be unique but not a system within itself. Instead we’re reworking, adding to our existing systems.

Look at Mozzie. He looks and feels super original but if we talk about his systems, he’s playing with one of the most reliable and consistent systems we have in the game – the drones. He doesn’t add a new system to the game but re-uses one of its many ingredients.” 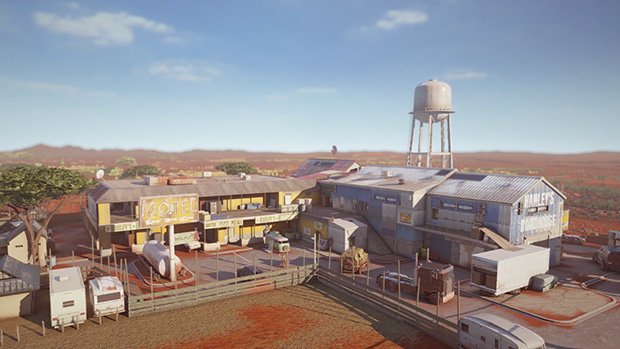 A similar approach has been taken in the design of Gridlock, Operation Burnt Horizon’s new attacker. Her Trax Stinger is a gadget that can lay traps which have, in the past, been a tool traditionally reserved for the defending team.

Although unconfirmed, there are clues to suggest that Siege’s upcoming Danish operator in Season 2 will introduce another one of these creative flips on existing systems and gadgets. As a “master of stealth tactics” many have theorised that this new attacker will be similar to Vigil, using a cloaking device to evade detection from enemy cameras.

“That doesn’t mean we aren’t going to have new operators that introduce new systems but when they come with a new system, you can be sure – get me to sign a piece of paper! – there will be other operators in the future that use that same system in some way.”

Since launch, Siege has continued to take us from region to region with new maps, ranging from a Chinese theme park and crowded favela to Outback’s rundown roadhouse. The reason for choosing Australia as the game’s latest destination, Athanassoff explains, is due to its huge Siege player base and pro scene. 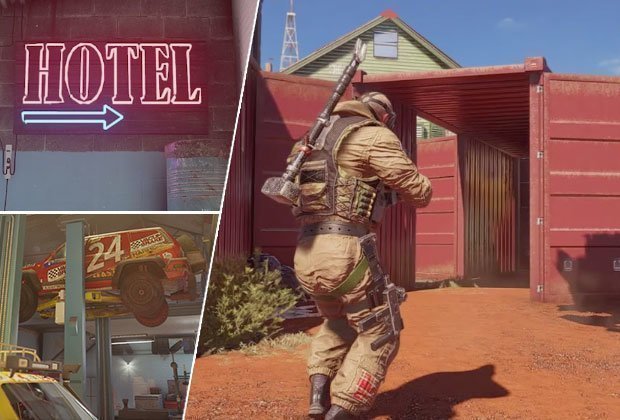 However, Australia is the only new location we’ll be visiting in 2019 according to the Rainbow Six Siege Year 4 roadmap, the next three seasons reworking pre-existing maps.

Ubisoft still wants to represent as many countries as it can, with each season adding two operators of different nationalities, including Mexico, Peru, Kenya, Denmark, and India.

While it would be easy to expand its current stable of Counter-Terrorism Units, perhaps focusing on the SAS or FBI SWAT, Rainbow Six has continued to visibly diversify its cast of characters.

It’s also worth noting that, since its original 2015 release, the split between new male and female operators has been ever so slightly tilted towards the latter.

“Even at a larger level, as Ubisoft, we really care about diversity and representation. It’s super important for us to be sure that we cover as many parts of the population and as part of that we push for an equal split between male and female operators. We will continue to do so.” 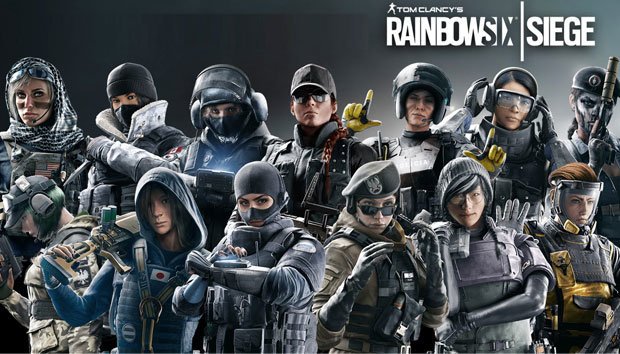 “Even at a larger level, as Ubisoft, we really care about diversity and representation. It’s super important for us to be sure that we cover as many parts of the population and as part of that we push for an equal split between male and female operators.”

However, when it comes to Rainbow Six Siege as an esport, there admittedly isn’t as much diversity on show. The 16 teams participating in the game’s largest ever tournament exclusively featured male players, the majority of them white and in their late teens or early twenties.

When asked what Ubisoft Montreal can do to help promote gender and minority representation within Siege’s competitive scene Athanassoff told us that, as the game’s developer, there is only so much influence it can exert.

“We aren’t making an esport, we’re making a game. Siege is used as a platform for organisations, players, and other parties that help create its competitive scene. But I still believe that we can play a part.

“It’s our responsibility, as the people who make this game – this social platform – that it is safe and a nice environment for every kind of player. That doesn’t only mean women but minorities that suffer from being underrepresented in games.

“We have a team that works to fight toxicity against women and minorities that face harassment. If people from these groups and communities can play in a safe environment, more of them will become pro players and help grow esports. This is our responsibility.”

Fighting for inclusiveness in games, especially online shooters with a competitive fanbase, is a rising trend. Overwatch and its vibrant, toonish cast of characters immediately springs to mind alongside new kid on the block, Apex Legends.

However, Rainbow Six has been comparatively on the back foot with in this respect due to its serious grounded tone, inherent of being a game under the Tom Clancy umbrella.

Things are definitely changing and although Siege is centred on intense tactical clashes between the world’s most elite special forces, there’s certainly a desire for Ubisoft Montreal to introduce some sort of lore or narrative.

As we discussed this Athanassoff gestured to a cluster of special guests from the community who had been invited to the exclusive Operation Burnt Horizon preview. Creators who have made a patchwork of art, comics, videos, and other fan projects, collectively forming stories around the game and its many characters.

“The fans didn’t really wait for us! They’ve built their own universe and, in a way, they are creating the backstory of the game.”

That said, the team is clearly making more of an effort when it comes to world-building, having recently debuted a new CGI movie titled “The Hammer and the Scalpel”.

This gave fans a surprise, behind-the-scenes look at two off-duty operators, reminding us that Rainbow Six is a single team of elite operators, all working together to thwart terrorism around the globe.

Whether Ubisoft Montreal plans to follow this up is unknown though the reaction from fans has been overwhelmingly positive.

This probe into the online shooter’s deeper lore definitely takes a leaf out of Overwatch’s book and it will be interesting to see if Ubisoft continue down this route, maybe even working this new narrative-focused approach into the game itself.