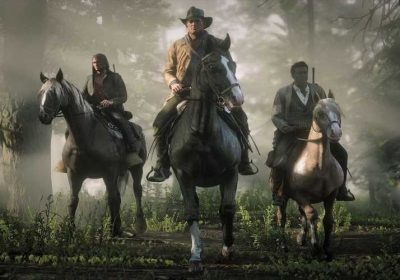 Google Stadia was officially shut down this week, and while many players who own the platform will have been stung by that, odds are not many of you shed tears over it. That might well change now as one Red Dead Online player who used their Stadia to play the game has bid farewell to the platform in an incredibly emotional way.

Xipos took to the Stadia subreddit, where a number of the system's users have been sharing their farewell messages, to post an incredibly touching video. The Stadia owner's clip shows their Red Dead Online player releasing their horse into the wild as a way to say goodbye to the console and the game. Already an emotional moment that gets another incredibly deep layer of meaning when you read its description.

The horse Xipos is setting free before shutting down their Stadia for the final time is called Celeste, named after the daughter the player lost. The player removes Celeste's saddle, gives her a brush, and then prompts her to run off into the trees, never to be seen again as the animal will have been lost to Stadia history once the service was shut down on Wednesday.

The touching clip has prompted others to share their own Stadia stories in the replies. While three years might feel like a short life cycle for a console, one Stadia owner reveals the system helped get them through an incredibly difficult period in their life. A time that has effectively been bookended by the arrival of Google's attempt to break into cloud gaming and its demise.

Rockstar did give Red Dead Online players the chance to transfer their saves from Stadia to another platform before this week's shutdown. Some players might not have taken the studio up on that offer, while others may not have ticked all the boxes needed to qualify for a transfer. A player with 6,000 Red Dead Online Stadia hours under their belt hopefully made the switch, and they also received a gift from Rockstar this week for their dedication.