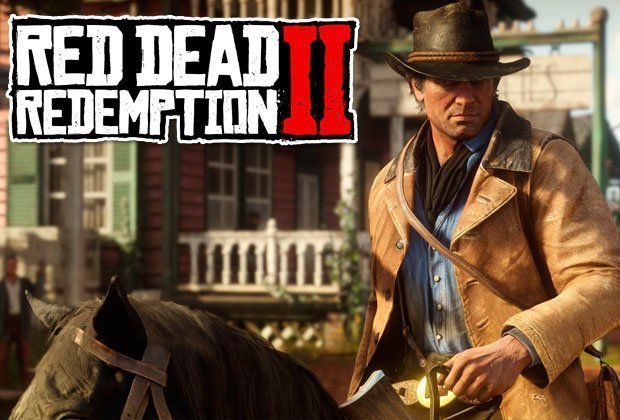 Red Dead Redemption 2 was one of the best games of last year. When Rockstar released the Xbox One and PS4 game, people sat up and listened – even non-gamers got wrapped up in the massive media rollout the game enjoyed.

At the time of launch, you would have been lucky to pick the title up for less than about £50 (such is the way with most triple-A games). But now, we’re a good six months away from the game’s massive release, and we’re seeing the game start to plummet in price.

This week, we’ve seen the game on sale for a ludicrous £20!

Thanks to our friends over at HotUKDeals, we’ve seen preowned versions of Red Dead Redemption 2 on PS4 sell for £20 at CeX.

The post linked above notes that you can either find the game at this price in-store at your local CeX shop, or you can order it online (if you don’t mind adding a bonus £1.50 for postage).

Even at £21.50, that’s a great deal – especially for one of the most critically well-received pieces of media in the last few years.

Over on Amazon, the game is still going for about £35 – so if you don’t mind pre-owned, CeX will be a very good bet for you.

And beyond the astonishing single-player mode the game can offer you, there’s a robust, ever-evolving multiplayer portion to the game, too, that promises to only get better in time (similarly to GTA Online).

Speaking of Multiplayer, this week Rockstar Games rolled out a pretty significant update to Red Dead Online, which for now is still described as in beta.

The update we mention was especially welcomed by Xbox One players, who can now compete in Open Target Races, where you race on horseback to take down all the targets scattered across an open space, in any order you wish.

Previously these were only available to PS4 users.

On top of this, everyone in the Red Dead Online Beta can take advantage of 30% bonus RDO$ and Gold on all A Land of Opportunities Missions, all Free Roam Missions and Free Roam Events, all Showdown Modes including Gun Rush.

Don’t hang about though, you’ve only got another 24 hours to make the most of it, since it’s only running through to May 6th

If you needed some idea as to the critical and commercial clout this game carries, all you need to do is look back at 2018’s best-selling games list.

The 2018 NPD report revealed the best-selling game of 2018 was Red Dead Redemption 2.

Rockstar Games shipped 17 million copies of the open-world Western games in just the two first weeks – and we’re not surprised by that, to be honest.

And we don’t expect to see it leave the ‘best selling’ charts in the UK for a good while now, and especially not at the ludicrous price mentioned today.