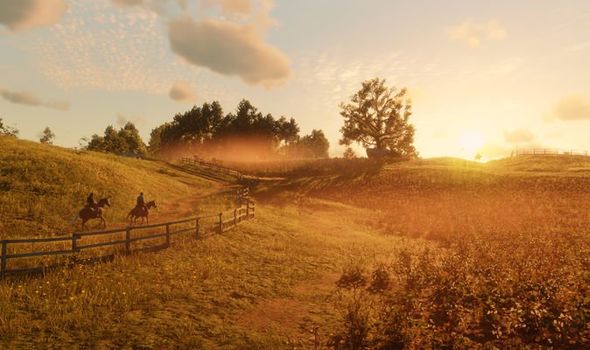 The PC release of Red Dead Redemption 2 will begin today but won’t be completed for a month.

That’s because while the Rootin Cowboy Shootin adventure is launching today at 1pm GMT on Epic Games Store, the Rockstar Launcher and other digital platforms, the biggest is missing.

The Steam release date for Red Dead Redemption 2 has been delayed until December 2019 by Rockstar Games. No explanation has been made for this move, and the official page has yet to go live on the Steam Storefront.

“All pre-orders will receive a bonus of 25 Gold Bars. Red Dead Redemption 2 for PC will also be available to purchase on Steam this December.”

WHEN IS RED DEAD REDEMPTION 2 RELEASING ON STEAM?

Rockstar Games has provided many ways of buying and playing Red Dead Redemption 2 in November.

But the Steam PC Storefront is not one of them, leaving many gamers to wait until nearer the end of the year to play.

For those who are holding out, the Red Dead Redemption 2 Steam release date has been set for December 2019.

No set time has been confirmed but it wouldn’t be surprising to learn that it will launch on December 5, although this remains a prediction.

And Rockstar Games are offering a lot of different incentives for pre-ordering the game now.

For those not waiting on Steam, they’ll miss out reviewing the game using the popular platform. feature.

“Well, you don’t need to have the Rockstar Games Launcher running all the time, and if RDR2 is the only title you have on RGL, then getting it on Steam will provide simpler launch, since you have Steam running at all times anyway, and if you launch RDR2 from Steam, sure RGL will open, but only to launch the game, which happens automatically when launched through Steam, then it’ll disappear again,” one Steam hold-out writes.

“You won’t even see the actual launcher just a splash screen. If you buy it on RGL, you either have to have that open constantly too, or open it, go to the RDR2 tab, and click “Play Game”.”

For those not willing to wait, Red Dead Redemption 2 will be available to later today, November 5.

And there are a few other platforms that should see the launch of RDR2 in the future.

Google Stadia will boast Red Dead 2 as one of its launch games, with the service going live on November 19.

However, it should be noted that only the Premiere Edition of Google Stadia will be available to use later this month.

And this will mean both buying a copy of Red Dead Redemption 2 and paying a monthly subscription at the same time.

A free base version is expected to go live in 2020, offering resolutions up to 1080p and 60 FPS performance.

Yakuza: Like A Dragon Is The Series’ Perfect Entry Point