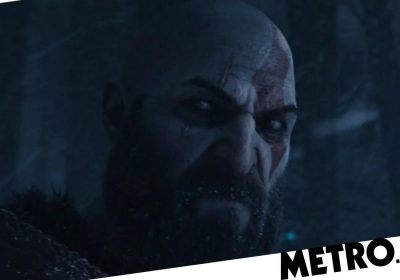 Anyone who buys a regular copy of God Of War: Ragnarök for PS4 will need to fork over extra to upgrade it to PS5.

After what feels like an eternity, God Of War: Ragnarök fans finally have a release date for the game and, just as its producer kept insisting, it hasn’t been delayed into 2023.

While we don’t doubt that fans are ecstatic with the news, even without any new gameplay footage and the announcement being pretty boring otherwise, it does come with an unfortunate reminder regarding the game’s PlayStation 4 to PlayStation 5 upgrade path.

Namely, that said upgrade will cost £10 extra if you decide to only purchase the standard edition for PlayStation 4.

God Of War: Ragnarök’s three special editions – the digital deluxe edition, collector’s edition, and Jötnar edition – come with PlayStation 4 and 5 copies of the game, so upgrading isn’t something you need to worry about if you fork over money for one of these.

The downside with those is that they don’t include physical copies of the game. Instead, you get a voucher code that provides two digital copies.

Each edition also comes with an ever-increasing amount of extra content, such as additional cosmetic DLC, a digital soundtrack, and physical goodies like a replica of Thor’s hammer.

Pre-ordering any version of the game will net you extra snow armour for Kratos and Atreus. For a full breakdown of the details for each edition, check out Sony’s PlayStation Blog post.

Although most other companies, including Microsoft, offer upgrades for free Sony has been adamant they won’t, outside of the launch window of the PlayStation 5.

Horizon Forbidden West was supposed to be the first of its cross-gen releases that would require £10 for an upgrade. However, since the game was subject to a delay, and originally meant to come out during the free window, Sony was forced to backtrack.

However, Sony made it clear that this would be an exception and that, going forward, all first party PlayStation 4 releases with a PlayStation 5 equivalent would come with a £10 paywall for upgrades.

Admittedly, Sony’s blog post doesn’t mention a UK price, but considering Gran Turismo 7 and the Uncharted collection’s upgrades were £10, we can safely assume it will be the same for God Of War: Ragnarök.

Even if this isn’t new information, fans are likely to still air their grievances with Sony, especially when Microsoft has a far more generous offer. With Xbox’s Smart Delivery, buying the Xbox One version of a game nets you the Xbox Series X/S version for free and vice versa.