Report: Companies that invested in automation saw 5% to 7% revenue increase 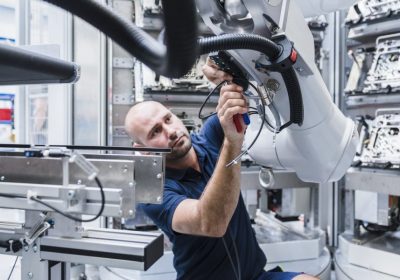 New research from SnapLogic and Cebr found that the U.K. could have prevented £10-£14 billion ($13.4-$18.8 million USD) of its pandemic-related gross domestic product (GDP) contraction if it had matched the automation level of the U.S. Furthermore, the U.S. could have witnessed a $105-$212 billion smaller GDP contraction if it was as automated as Singapore.

The continued adoption of automation across the U.S. and U.K. has helped companies position themselves for growth, while also having the added benefit of improving resilience against economic disruption. Within three months of investment, U.S. companies witnessed an average year-on-year increase in revenue of 7%, or an extra $195 billion per month, and saw an average annual increase in employment of 7%, equating to a total of 7.2 million jobs.

As investment in automation grows, there are certain technologies leading the way. The research finds 78% of U.S. companies directed their investments towards cloud computing, and 71% focused on data integration. The Internet of Things (IoT) and big data analysis were the next most popular technologies in the U.S., with 64% and 62% adoption rates, respectively. 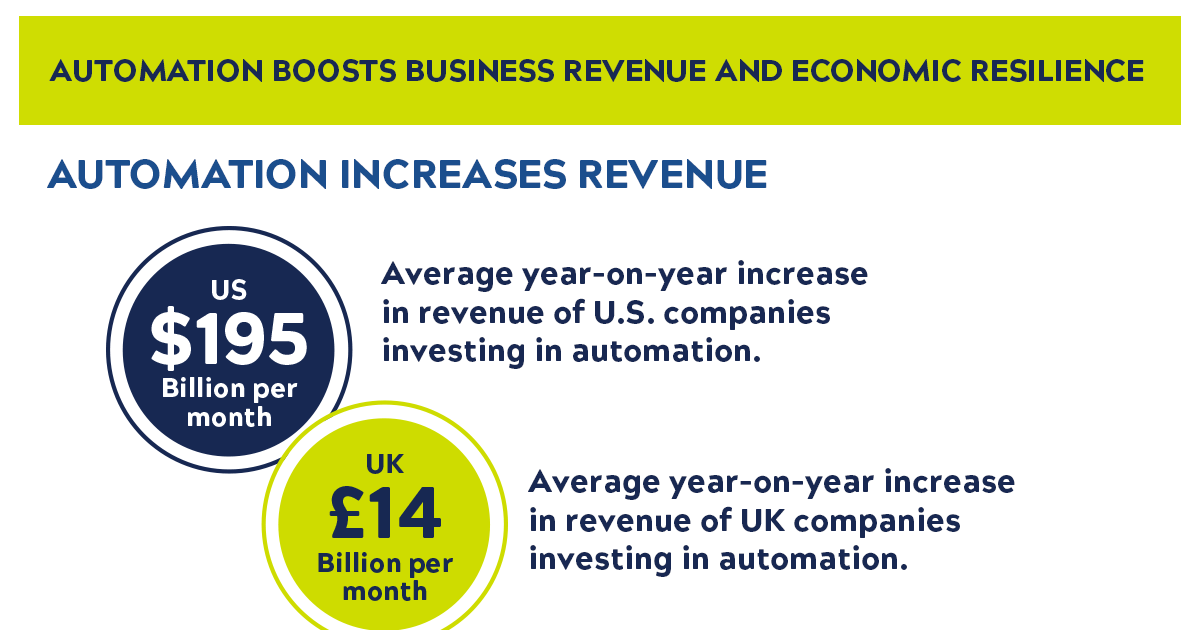 Despite automation commonly being thought of as a way to cut costs, U.S. businesses that automated did so to boost their company’s speed and agility (52%), while improving employee productivity (47%). Automation has helped companies to achieve these goals, with the potential to increase productivity by 15% in the long term, which translates to the creation of approximately 16 million jobs in the U.S, according to the research.

Independent consultancy Cebr surveyed 1,000 businesses in the U.S. and U.K. about their automation strategies, initiatives, and results to develop this study.

Read the full report by SnapLogic and Cebr.