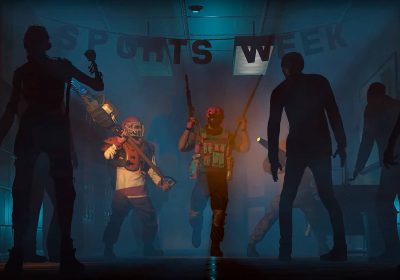 Arcadia plans to release its upcoming VR zombie game, Requisition VR, on both PSVR 2 and Quest 2 in the future.

General Producer Oliver Smirnoff confirmed as much in an interview with UploadVR that we’ll publish in full later this week. On the Quest front, Smirnoff said that a standalone port was the developer’s “biggest goal” and that an announcement to that effect may come “in the next couple of months.”

As for PSVR 2? Smirnoff confirmed there are plans to bring the game to the upcoming headset in 2023. “We are among others really excited about PSVR 2 and think it’s gonna be a great device that will beat the PSVR 1 and become a hit,” he said.

Currently, it’s looking like PSVR 2 will launch in early 2023, though Sony recently promised to have an update on the release date and price in the near future.

We’ve been looking forward to Requisition VR thanks to its focus on crafting systems, which have players fashioning weapons out of household items. It’s due to release in early access on PC in September with support for four player co-op and PVP modes. Look out for the rest of our interview later this week.