Home » News » Resident Evil 3: How To Complete The Hospital As Jill

Resident Evil 3: How To Complete The Hospital As Jill 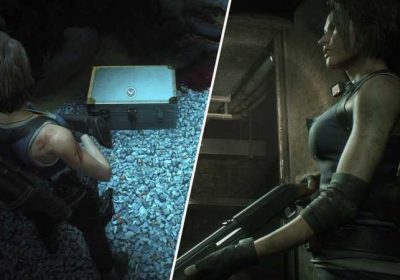 The original Resident Evil 3 featured a brief gameplay stint where players took control of Carlos, but the 2020 remake greatly expands his role. While Carlos isn’t on the same level as Jill, he gets to explore both the RPD and Hospital – two of Resident Evil 3’s best designed settings. Control permanently returns to Jill after Carlos completes the Hospital with RE3 nudging players towards NEST-2.

Although Resident Evil 3 tries to push Jill into the final area right away, savvy players will remember that Carlos didn’t fully explore the Hospital. There are several padlocks in the Hospital Carlos can’t unlock, along with a new weapon for Jill hidden in plain sight. The Hospital is already one of the best parts of Resident Evil 3, but being able to run through it as Jill makes for a great diversion before the finale. 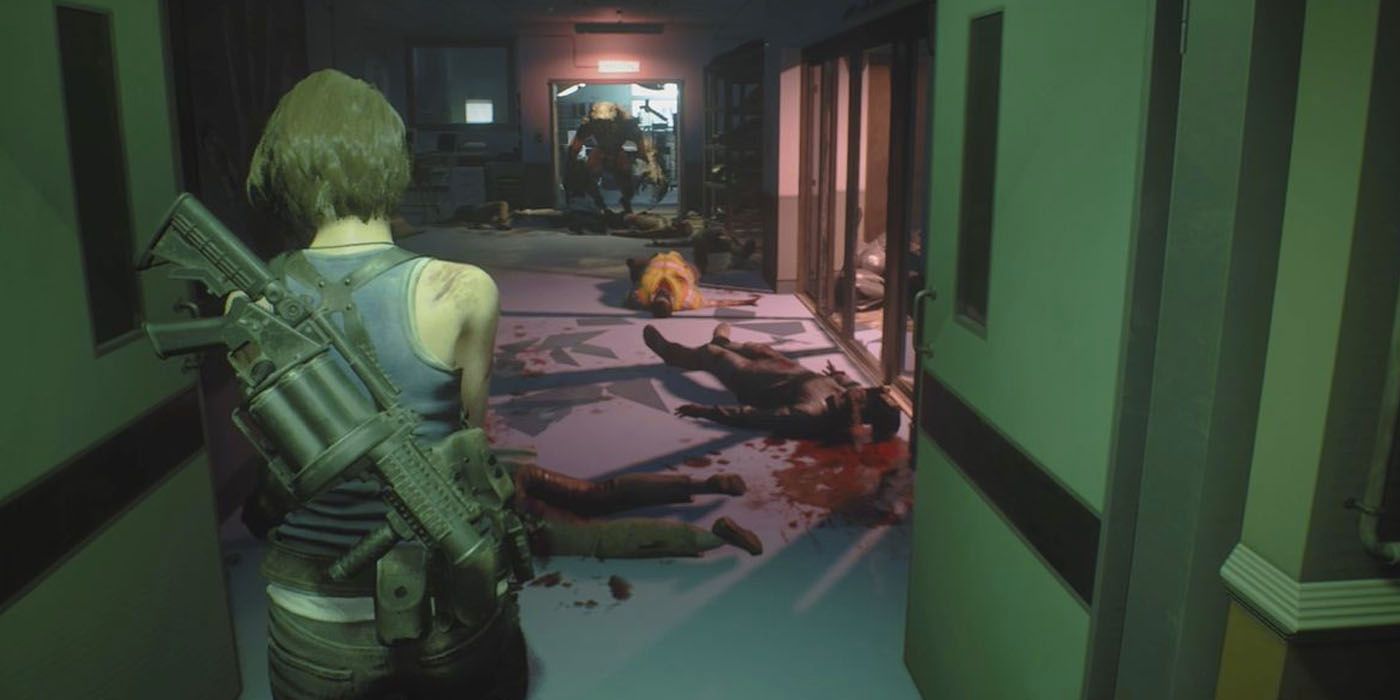 Upon waking up in the Makeshift Sickroom, grab the 17 Handgun bullets in the room along with the G18 Burst Model Handgun. Jill has better weapons, but the G18 is reliable enough in a pinch. Otherwise, box the gun, grab some healing items & ammo if you’ve got them, and exit into the Lobby.

After a brief cutscene with Tyrell, break the wooden crates in the room to find 7 more Handgun bullets and some Gunpowder. Head into Reception and cut into the Main Corridor. Follow the left hallway to find a locked weapons case with 4 Magnum rounds. Use your Lockpick to unlock it and enter Laboratory Reception. Quickly duck into the Research Lab and grab the Explosive B right by Dr. Bard’s corpse.

Leave and enter the Emergency Entrance to trigger a Hunter from the Operating Room. Kill it with the Grenade Launcher if you have any ammo for it, but stick with the Shotgun if you don’t. Once the Hunter’s dead, pick the nearby locker for six Explosive Rounds. There’s nothing in the Operating Room, so take the Stairwell to the second floor and save up in the Records Room. 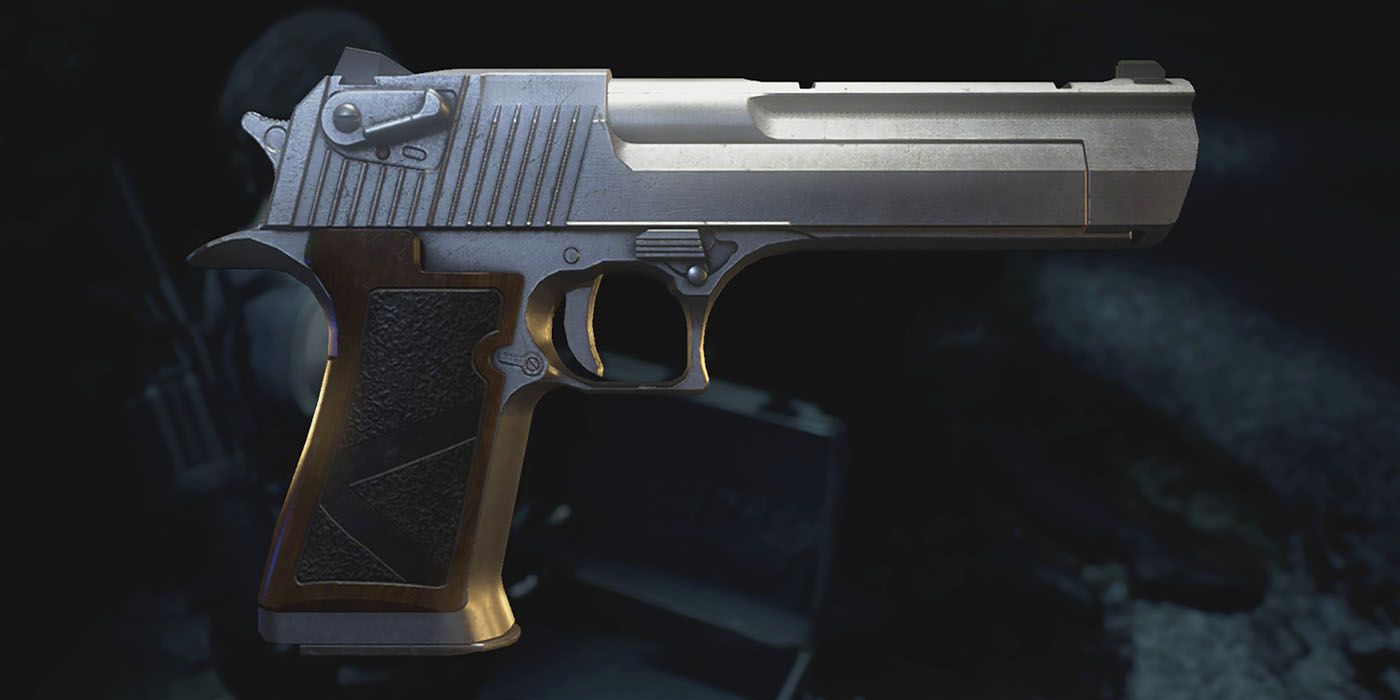 Thanks to her slimmer character model, Jill can actually access parts of the Hospital Carlos was blocked out of. There’s a stretch of the second floor Main Corridor Carlos simply can’t explore because he’s not small enough to squeeze himself through a gap. Jill, however, can and doing so gives you access to the Magnum – arguably the best weapon in Resident Evil 3 (on a standard playthrough, at least).

Head to south east section of the Main Corridor where the broken windows are. Jill will slide through onto the next area and be able to drop down to a part of the Courtyard that was inaccessible to Carlos. Open the weapons case inside to find a .44 AE Lightning Hawk Magnum. The Magnum will drop most enemies with a single bullet, but is better off saved for any Pale Heads who spawn later in the game. 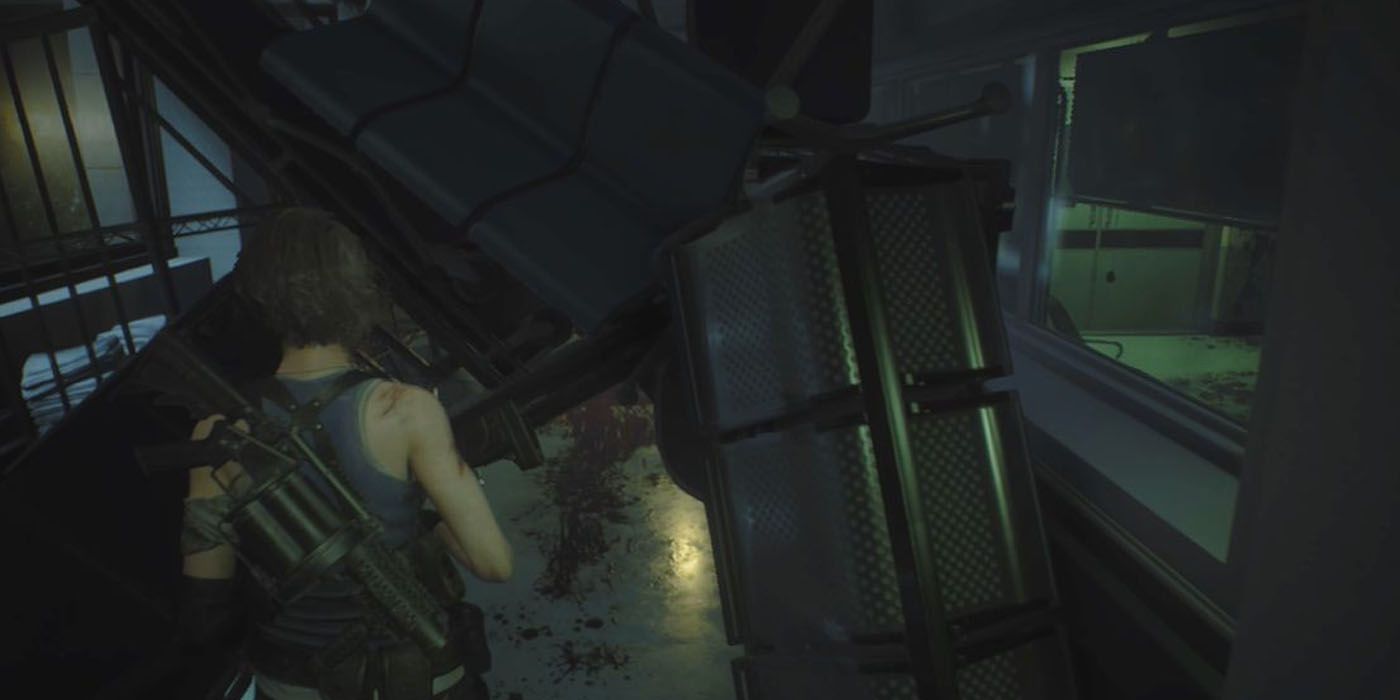 With the Magnum obtained, it’s time to clear out the second floor. Exit the Courtyard and hook back up the Stairwell to the second floor. Rearrange your inventory at the Records Room and then head to the Staff Room. 3 zombies that were playing dead during Carlos’ section will now come alive. Drop them with well aimed Shotgun blasts to the head and pick up the 12 Shotgun Shells in the room.

Ignore the Locker Room altogether and return to the Main Corridor. Head into the Nurses’ Station to trigger another zombie which can be easily killed with a few shots to the head. Cut into the Sick Room to find some High-Grade Gunpowder and turn around into the Observation Corridor. Follow the hall into the Linen Room and use your Lockpick on a nearby locker to find 4 Magnum rounds. Enter the Treatment Room to find an Explosive A and then return to the Records Room to save. 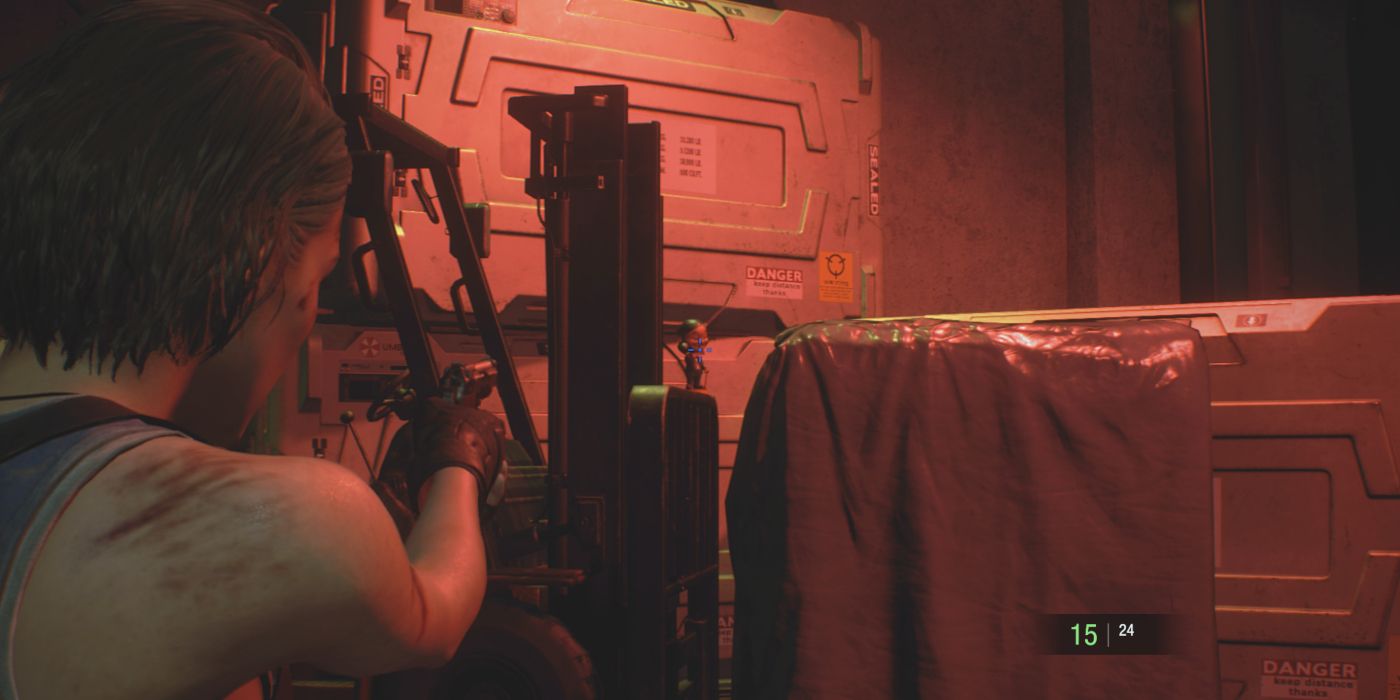 The second floor is entirely cleared out of enemies, so it’s finally time to head back downstairs to unlock NEST-2. Since you picked up the Magnum, a Hunter will now spawn inside of Reception on the first floor. So long as you’re ready to fight it, however, the Hunter shouldn’t prove too much trouble.

Once the Hunter has been killed, the entire Hospital will finally be empty. Use your Lockpick on the door leading into the Back Stairwell and Jill will unlock a path to NEST-2. Grab the 7 Handgun bullets in the Generator Room and the Explosive B in the Loading Bay. Once you’re ready, take the lift down into Underground Storage.

Next: Resident Evil 3: How To Open The Subway Station Monument