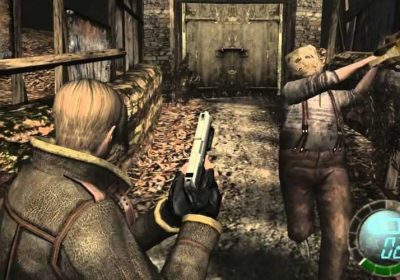 There are some games that introduce features so good that they eventually become industry norms. Doom did it with the FPS, Arkham Asylum did it with the one-button combat, andmore recently, Apex Legends did it with the ping system. These systems can now be found in any and every game, and is pretty much considered hygiene today. But, back in the day, they were path-breaking innovations, unlike anything else on the market.

The same can be said for the adjustable third-person camera in Resident Evil 4. This feature was so admired that it was soon included in every third-person game. However, creator Shinji Mikami didn't seem to think it was that big of a deal. In a video blog discussing 25 Years of Resident Evil, along with Jun Takeuchi, Mikami revealed that he didn't think the camera was all that innovative (spotted and transcribed by VGC).

“It felt natural, oddly enough, We weren’t planning on doing something innovative, but in the end everyone kept saying we did," said Mikami. "To us personally, we just thought that angle was better. We weren’t trying to do something new or groundbreaking, there was none of that.”

He went on to reveal that Super Smash Bros. creator Masahiro Sakurai was the first person to praise him for the new camera feature. “He came to check out the game in development and asked, ‘who came up with this camera system?’,” he recalled. “‘Hey, yeah, that was me.’ ‘This is great,’ he said. ‘Woah, really?’ I responded.”

“A bunch of them were asking why we weren’t using the Resident Evil 4 camera in the game. We were like: ‘Well, it’s a completely different game.'” The team later told him that they modeled the camera in Gears of War on that of Resident Evil 4.