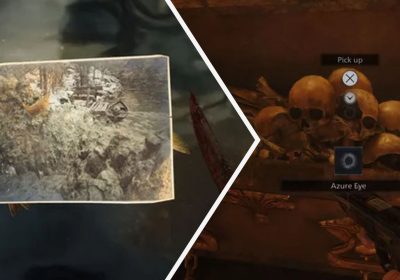 Introduced alongside in-game currency in Resident Evil 4, treasure could be found all throughout the game and sold to the Merchant for a sizable payout. Resident Evil 7 introduced treasure photos hidden around the Baker Estate, but treasure as fans knew it in RE4 was distinctly absent. This made it all the more surprising when Resident Evil Village brought treasure back into the mix, even making it a bigger part of the game than it was in Resident Evil 4.

There’s only one traditional treasure map in Resident Evil Village, but treasure photos make a comeback – this time tied to the hunting system. These photos essentially function like treasure maps, giving players a visual clue to where these legendary animals are. The only key difference is that you get to pick whether to cook the meat or sell it for a decent profit. Either way, Resident Evil Village makes players work for their treasure. 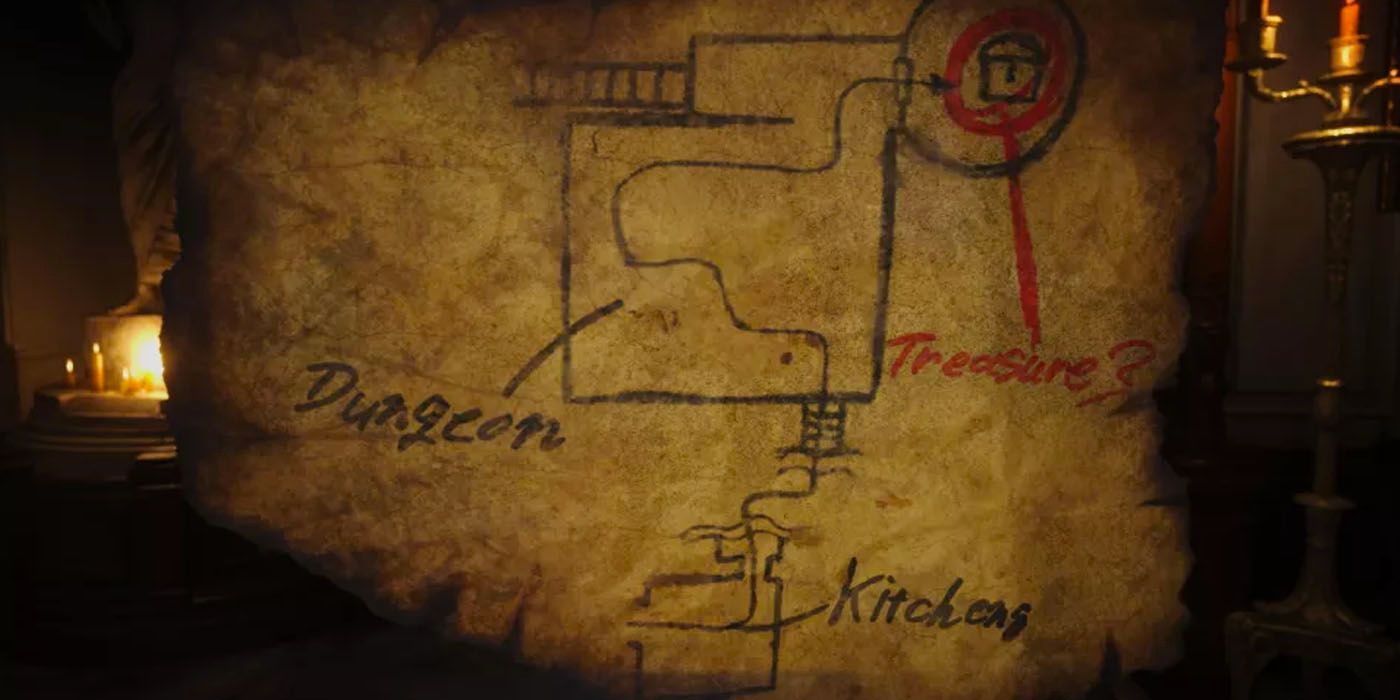 The first treasure map players find will be inside of Castle Dimitrescu. After triggering Lady Dimitrescu and defeating Daniela in the Library, you’ll be able to access a room of the Castle with five bells in it. Shooting all five bells unlocks a secret passage behind a giant painting of Lady Dimitrescu that leads up to the Castle attic.

Head upstairs, make sure to kill the enemy playing dead, and the Treasure Map will be on a table inside the Attic. The map itself is a crudely drawn portrait of the Castle kitchen leading into the Dungeon. You should have the Iron Insignia Key by this point, so exit the Attic and head back into the main Castle. 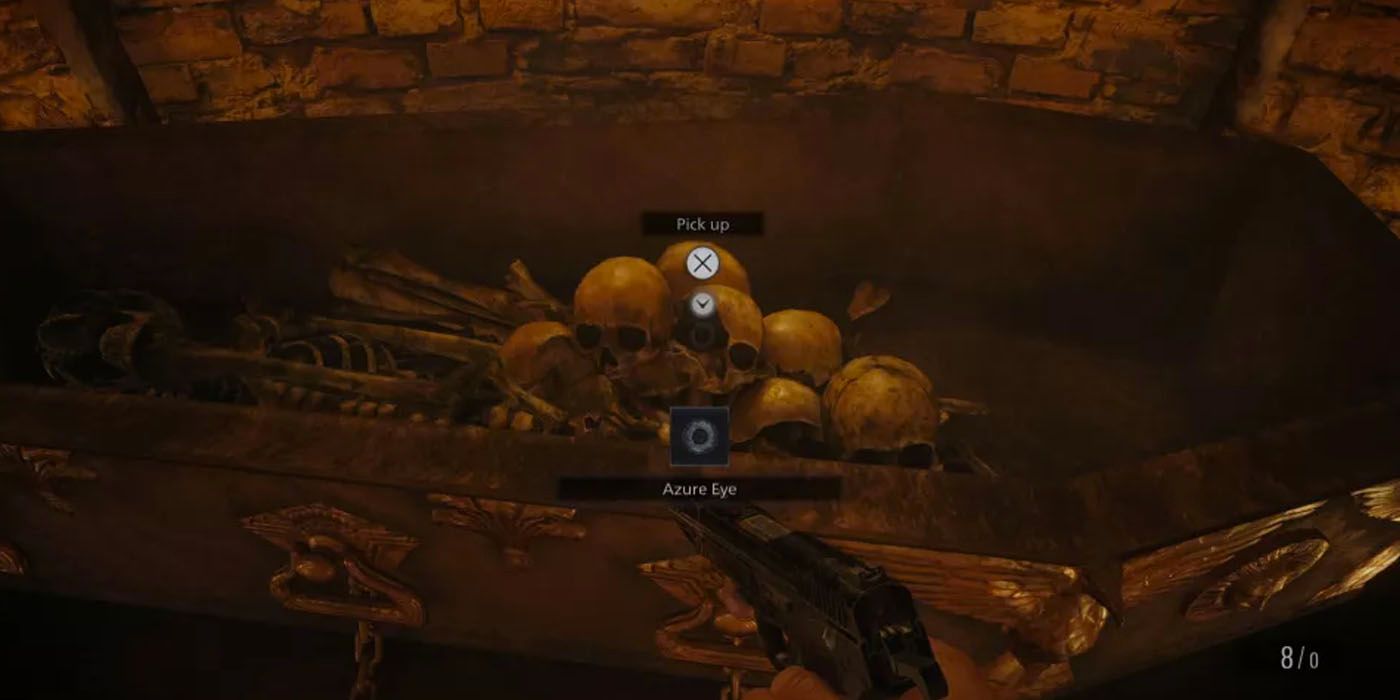 Lady Dimitrescu won’t follow Ethan down into the dungeons, but she’s her most active during this stretch of the game and you’re more than likely going to run into her on the way to the kitchen. Be ready to shoot her hat and rush towards the kitchen. If this is your first time revisiting the kitchen since escaping the dungeon, there will be several new enemies waiting to attack, including a Moroaica blocking your path.

Take the time to kill every Moroaica down in the dungeon before unlocking the Iron Insignia gate, then grab the Pipe Bomb from the nearby alcove. Toss the Pipe Bomb into the cracked wall by the leftmost lantern to reveal a lit torch. Shoot the left lantern into the torch and then shoot the rightmost lantern so the momentum causes them to bump into each other. Once both lanterns are lit, the tomb inside the room will open and you’ll be able to claim the Azure Eye treasure.

Photo Of A Strange Bird 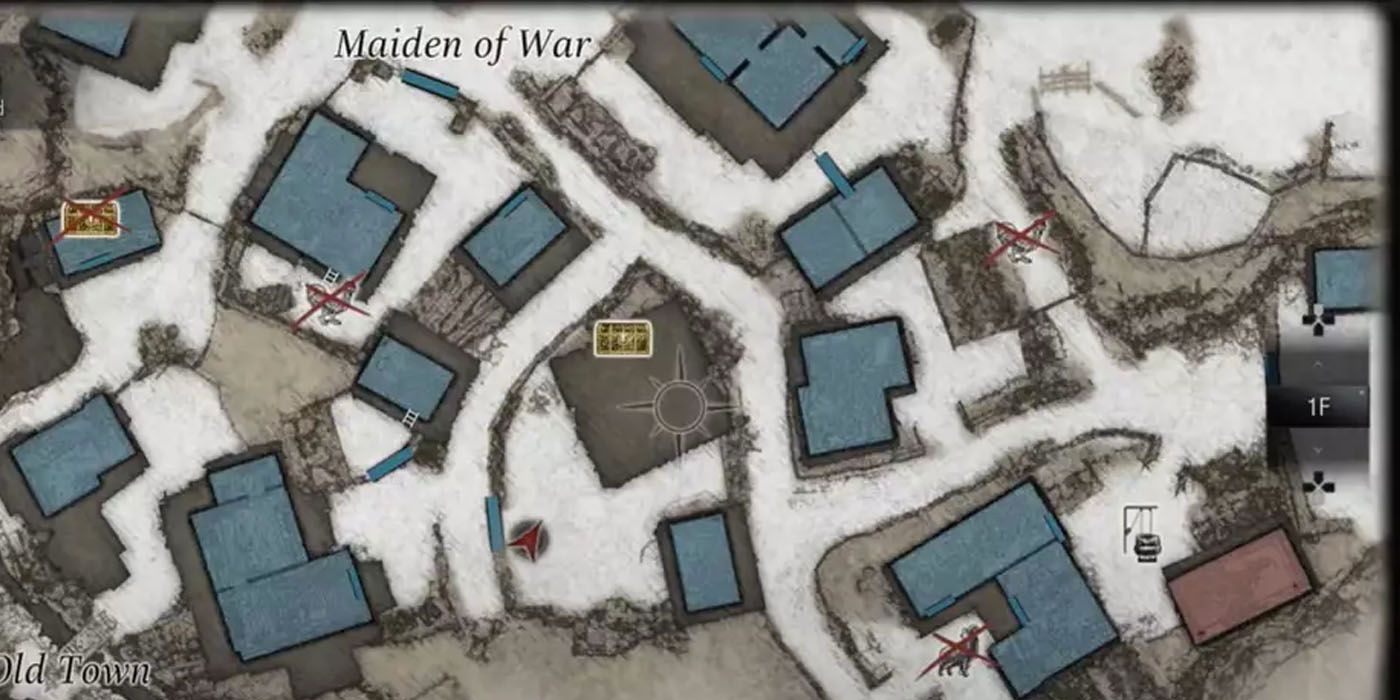 The Photo of a Strange Bird is the first animal photo players are likely to find during Resident Evil Village. After completing Castle Dimitrescu and returning to the Village, you’ll be able to shoot the locks off previously boarded up gates and really start exploring. Head west from the Village center and make your way to Iuthier’s Home.

Shoot the lock on the front of the gates and examine the outhouse in the surrounding area. The Photo of a Strange Bird will be by the toilet and will show a bright blue bird peacefully perched on a tree branch above the graveyard. Head to the Goat of Warding sanctuary in the Village square, pull out your Sniper Rifle, and drop the Strange Bird for its Juicy Game.

Photo Of A Rare Animal 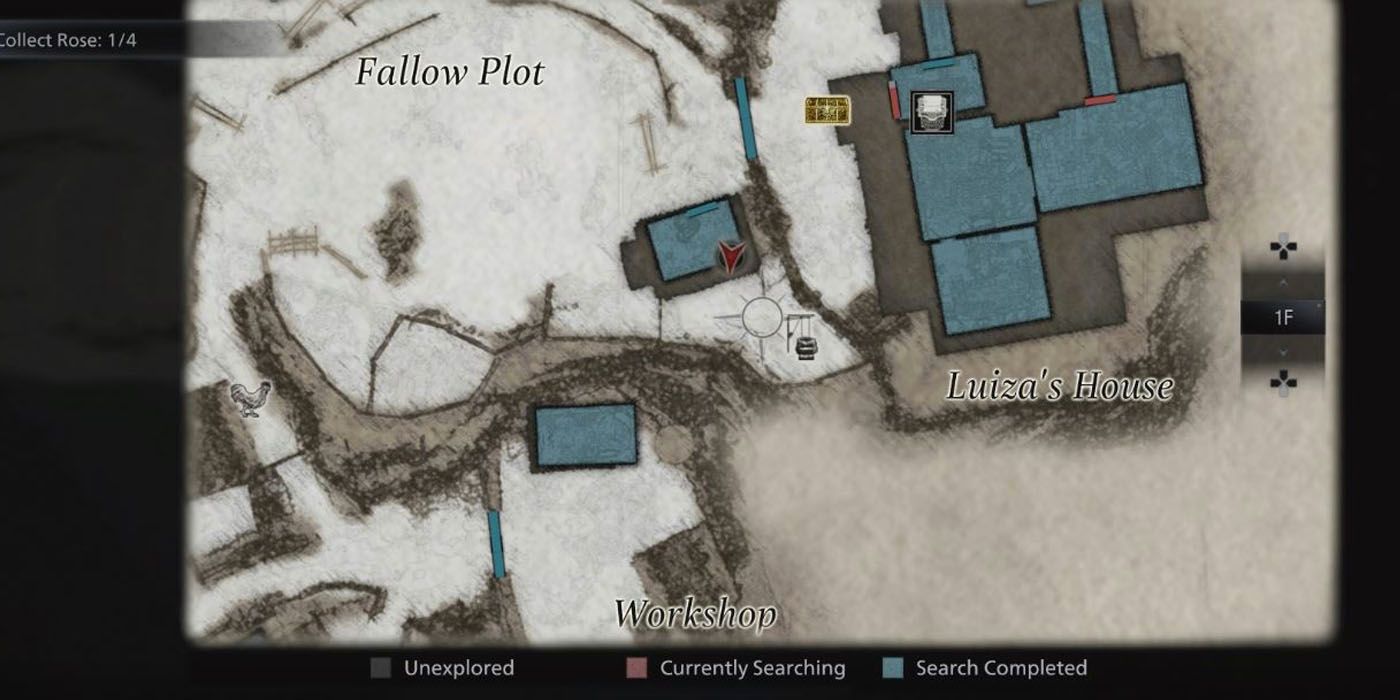 The Photo of a Rare Animal can be found after completing House Beneviento. Head towards East Old Town, kill the Varolac, and follow the green sludge down to Moreau’s lair. Break down any sludge barriers in your way to reach a Windmill area. Break the barrier in front of the ladder, climb up, unlock the gate, and then grab the Photo of a Rare Animal in the Windmill itself.

The Photo of a Rare Animal shows a white pig grazing by a well. Make your way back to Luiza’s House, but enter Elena’s home instead and cut through the window. If this is your first time returning to the fields, there will be several Samcas flying around, so be careful. Once you’re ready, kill the white pig and pick up the Quality Meat.

Photo Of A Phantom Fish 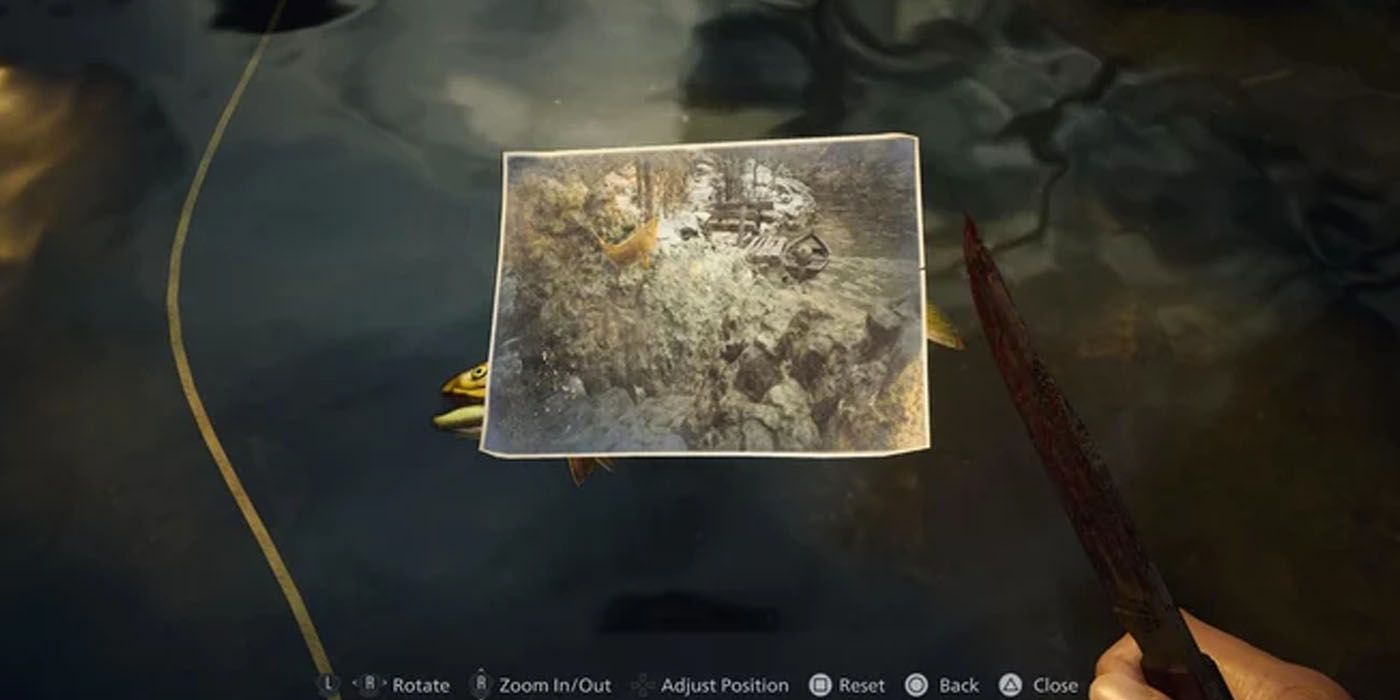 The Photo of a Phantom Fish can be found in the Stronghold after defeating Urias. Rather than exiting up the ladder, explore the basement and the Photo will be in a drawer. The Photo of a Phantom Fish depicts a strange fish swimming in a pond. With the Crank you would have gotten from Moreau’s area, lower the Drawbridge by the Altar and ride the boat south. The Finest Fish will be swimming in a small pond where it can be easily killed.