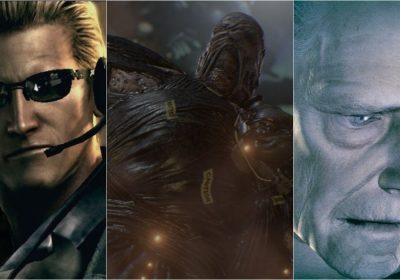 Since the series debut back in 1996, there have been many Resident Evil titles. And the likes of Leon, Chris, and Jill don’t face the same antagonist in every single installment.

An abundance of villains have come and gone during the series, with some leaving a bigger impact than others. The best ones have either had entertaining personalities, captivating backstories or just been straight-up terrifying. On the other hand, the worst evil-doers have been generic and forgettable. Out of all of the main villains to appear in the games, though, who deserves the most praise? And who is hopefully gone forever? Here’s our ranking. 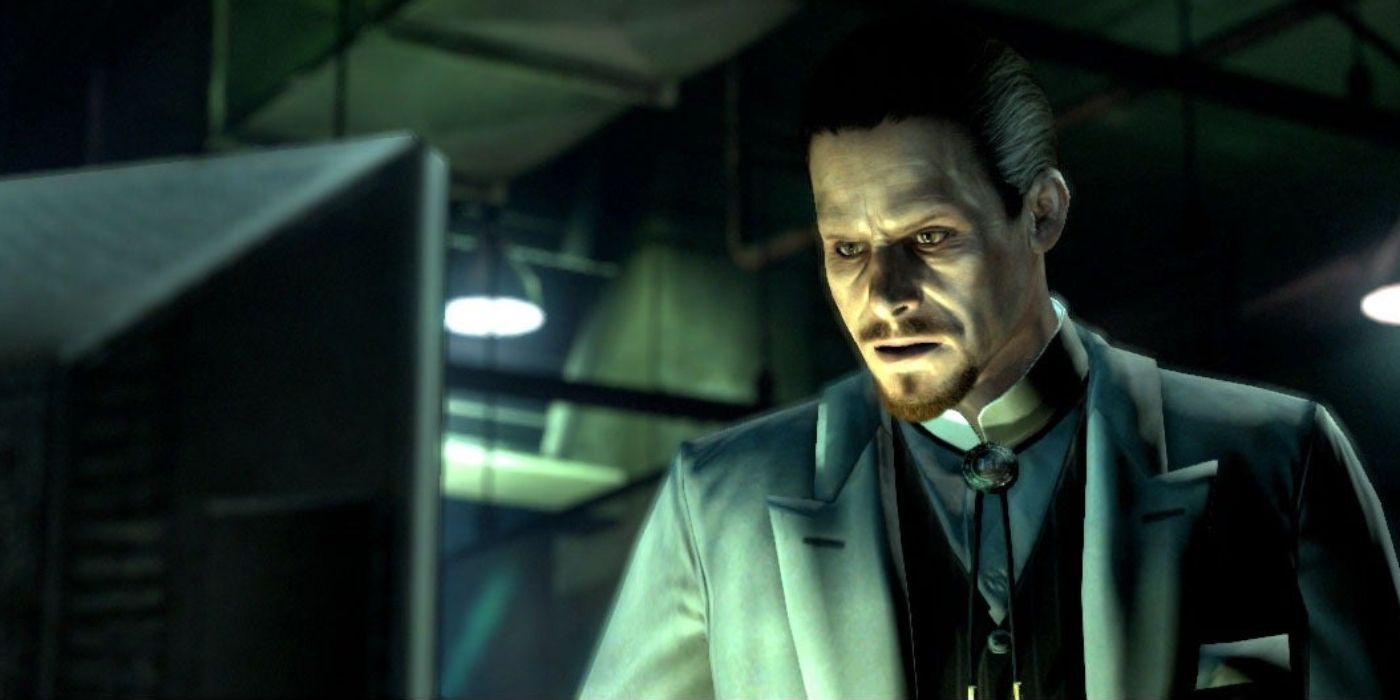 In Resident Evil 6, Derek Simmons attempts to cover up his various misdemeanors and get a hold of Jake Muller’s special blood. However, to achieve his goals, he must get past some tough protagonists.

The man is a very typical villain as he’s a corrupt, influential figure that causes plenty of death and destruction without a compelling reason. He also follows a classic Resident Evil trend by eventually becoming a giant monster. 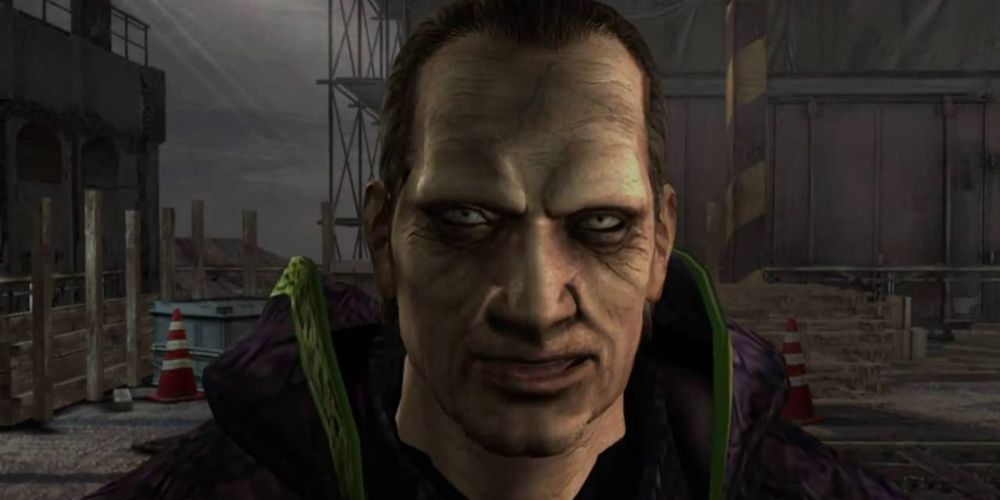 Resident Evil 4 is arguably the best entry in the series. Yet, the game’s main villain isn’t too special. Osmund Saddler leads the Los Illuminados and is a strong physical presence. The evil-doer’s goals, though, are pretty simplistic.

He wants to dominate the world using Las Plagas. His first step is to have the President’s daughter inadvertently infect her father, which would allow Saddler to control him and the United States. Overall, the antagonist is pretty dull. The secondary character, Roman Salazar, would’ve perhaps made for a better main villain. 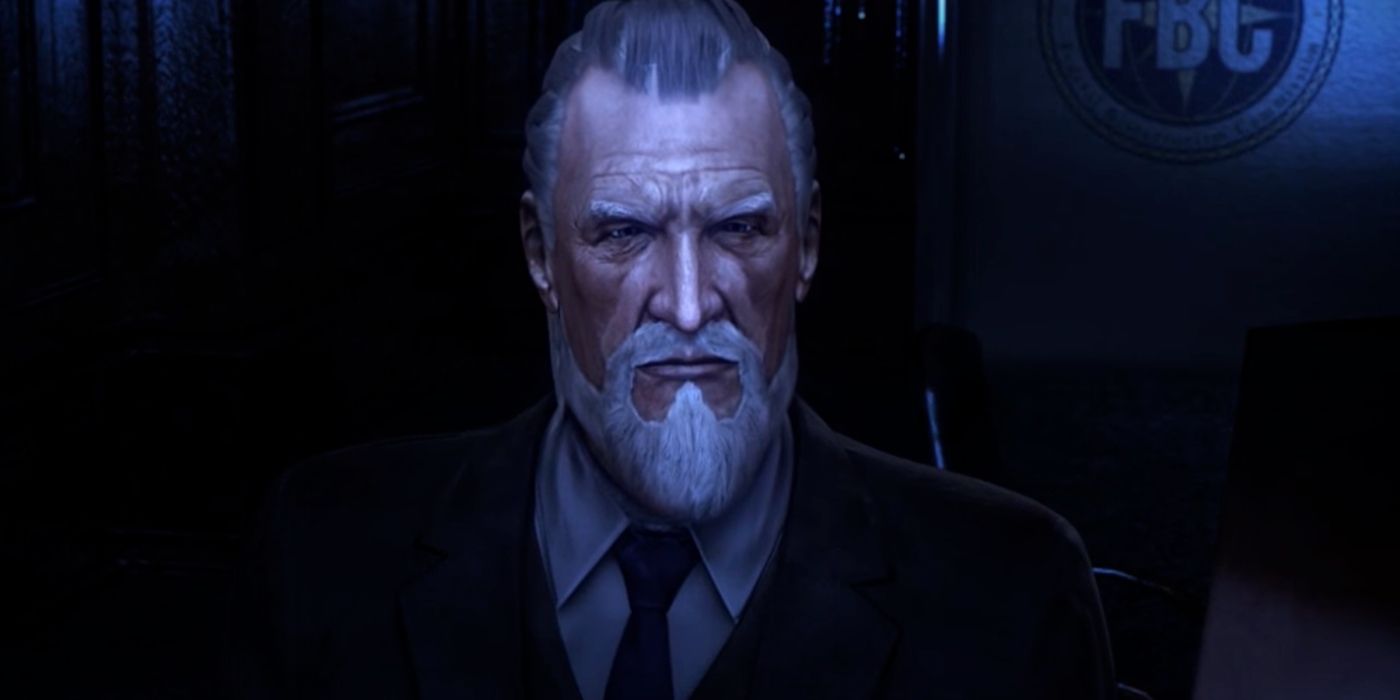 As the leader of the Federal Bioterrorism Commission (aka the FBC), Lansdale seems like an honorable figure for much of Resident Evil: Revelations. However, he’s the one truly behind the attacks on Terragrigia. He plans to increase the fear of Bio-Terrorism and give more power to organizations like the one he runs.

While not sympathetic, his goals are at least understandable, even if he falls into the power-hungry villain trope. Plus, he’s the rare antagonist who doesn’t get injected with a virus to turn him into a monster. 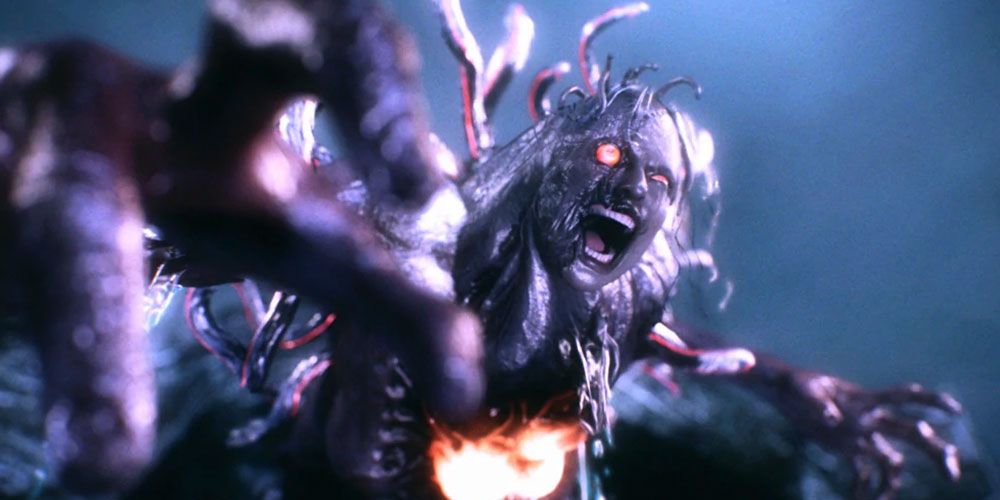 Revelations 2 is an often forgotten entry in the Resident Evil series, and so is its villain, Alex Wesker. As the name suggests, she is a part of the famed Wesker family and the brother of series regular Albert.

During Revelations 2, she aims to achieve immortality by transferring her own consciousness into Natalia Korda’s special body. It’s common for a Resident Evil villain to attempt to make themselves more powerful, yet Alex’s methods are at least unique. 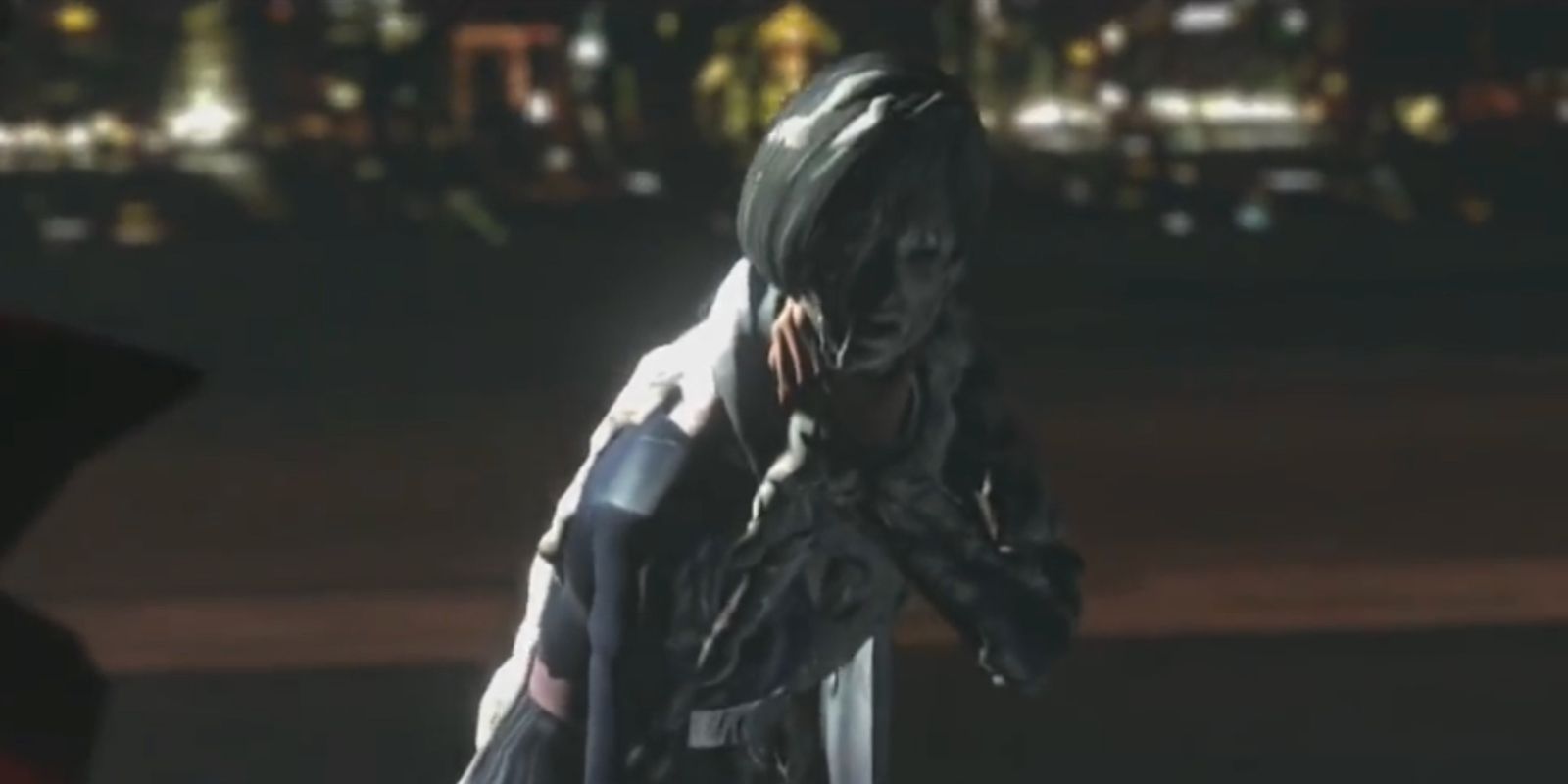 For much of Resident Evil 6, Carla Radames’s presence remains hidden, or so it seems. In actual fact, Radames appears quite a bit throughout the adventure, but she’s masquerading as her doppelganger Ada Wong.

All of the mystery surrounding her is what makes her a compelling character. However, her actual objective as the leader of Neo-Umbrella is less original. As with many villains, she simply wants to unleash a virus and take over the world. 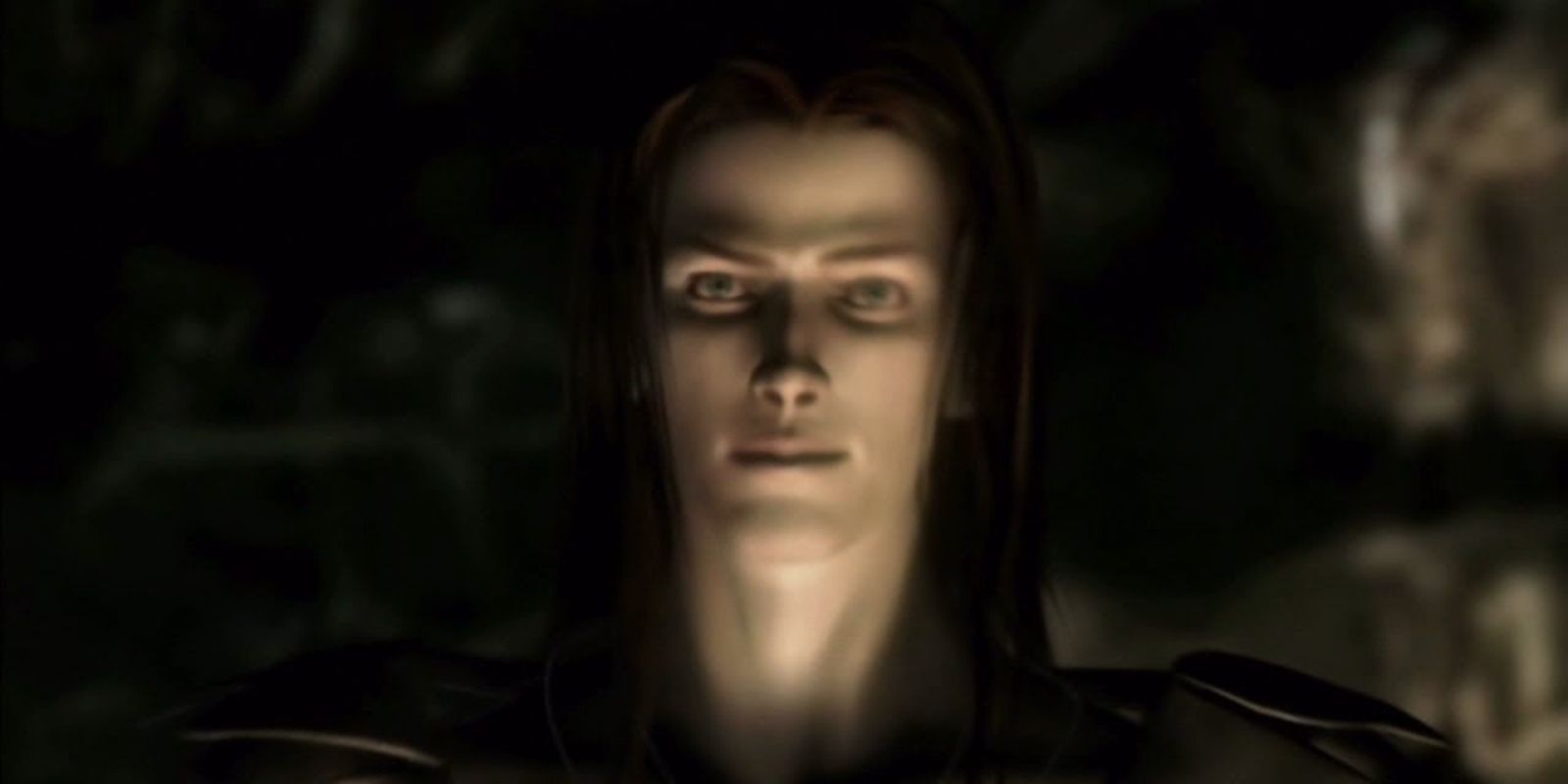 Despite his limited screen time in the series, James Marcus is one of the most important Resident Evil characters ever. He is a founder of the Umbrella Corporation and the leading scientist behind the creation of the T-Virus. Eventually, though, he gets killed by the same organization he helped build.

After being resurrected as a leech monster, he then attempts to get revenge on Umbrella. Also, he unleashes his deadly T-Virus in the Arklay Mountains. Overall, his story is a compelling one and makes up for his less exciting personality. 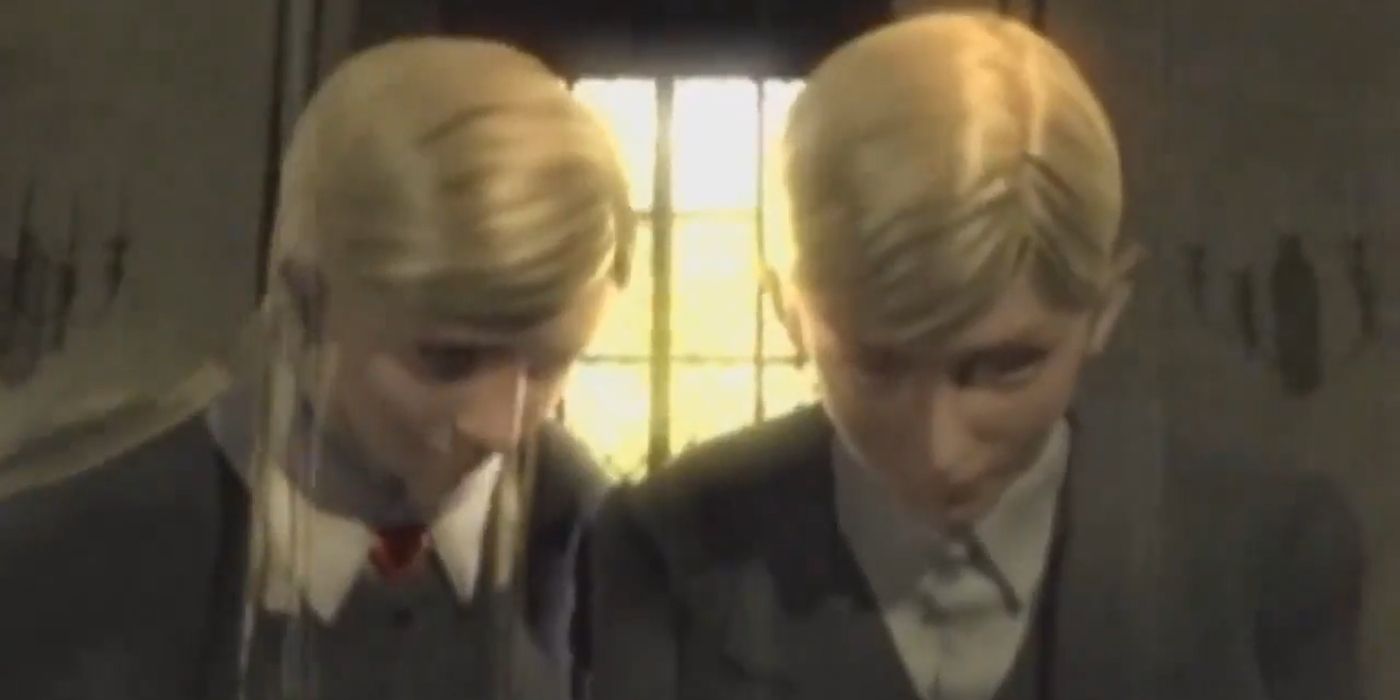 Alexia and Alfred Ashford are high society twins that look down on everyone else. Although, their snobbiness is hardly their worst trait. As kids, they showed their evil nature as they used Alexia’s T-Veronica Virus to mutate their own father.

During Code: Veronica, Alfred tries to kill Claire Redfield and Steve Burnside – sometimes while dressed up as his sister. Once Alexia is released from a cryogenic chamber, her brother is no more, so she tries to get revenge for him. Throughout everything, the twins remain a creepy and cruel duo. 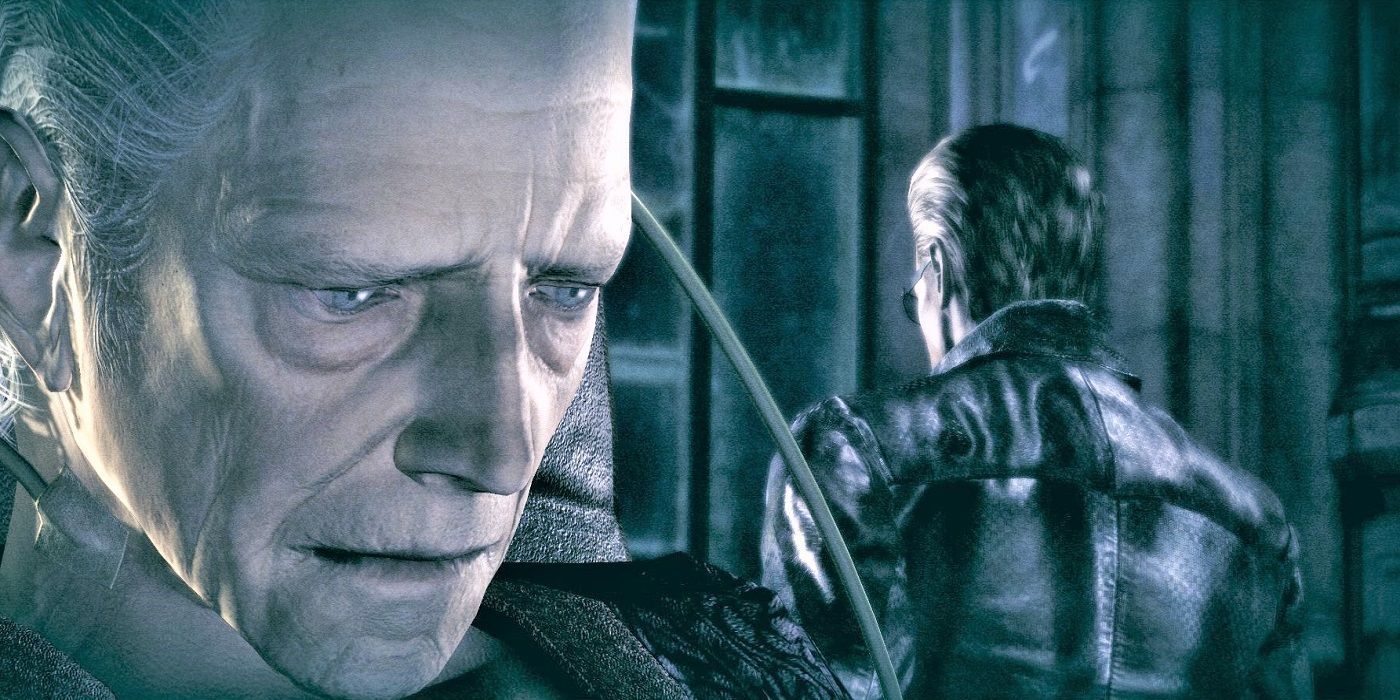 Despite barely appearing in any of the games, Oswell E. Spencer is arguably the most heinous villain of all. He is one of the founders and the president of Umbrella. Working from the shadows, he is responsible for most of the atrocities that occur in Resident Evil.

He intends to create a new world filled with a supposedly superior race of beings and he expects to rule over this advanced society as a God. The elder is an iconic villain because of how connected he is to the series. 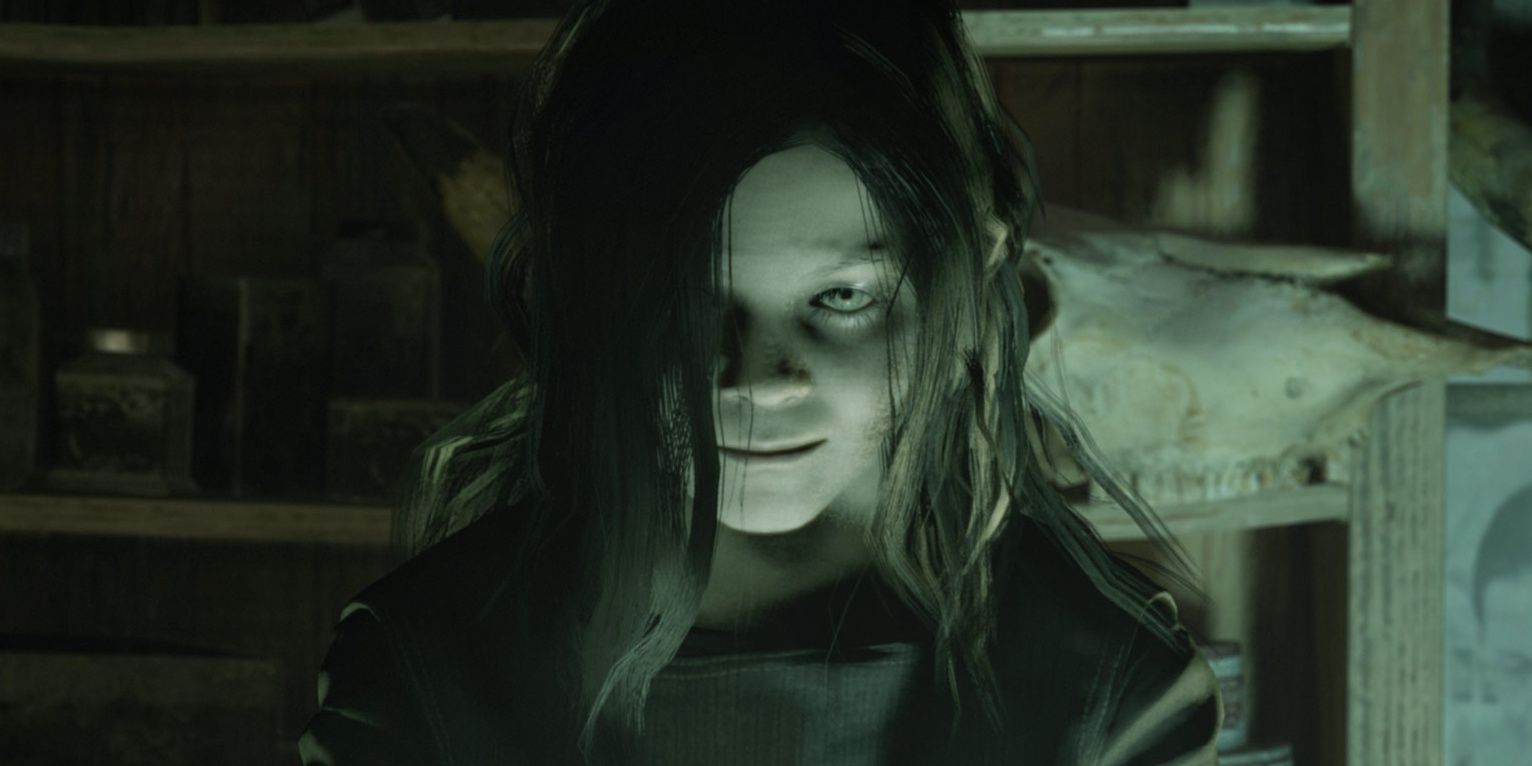 Resident Evil isn’t a series known for its sympathetic villains. Yet, it’s hard not to feel a little sorry for Eveline. She is a powerful bioweapon that can infect people and control their actions.

Unlike many of the series villains, she doesn’t try to use her abilities for world domination; all she wants is a family. Unfortunately, because of the power and homicidal tendencies, family life isn’t for her. Her unique motive though is what makes her such a fascinating character. 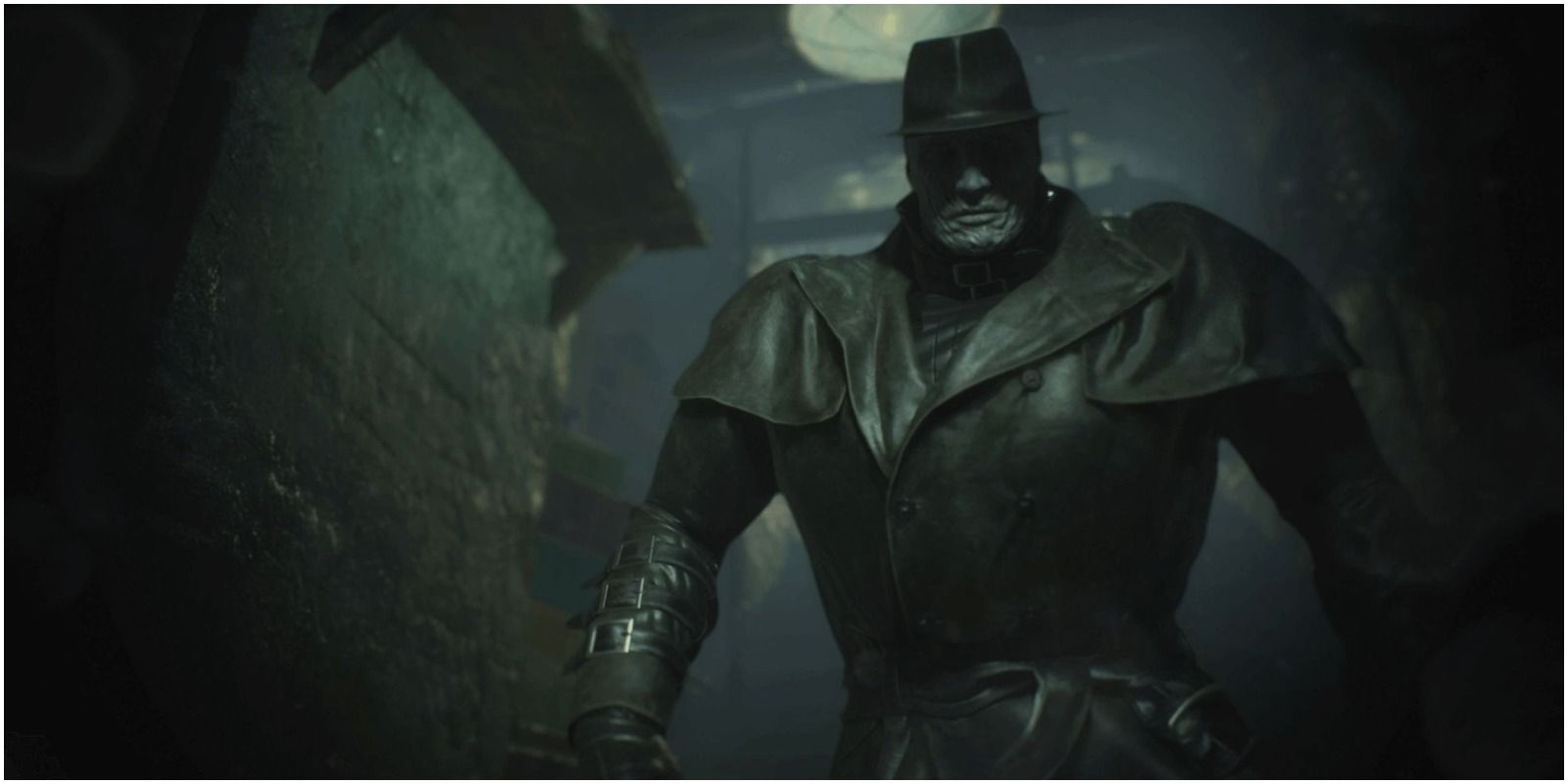 As far as Resident Evil villains go, they don’t get much more terrifying than Mr. X. In both the original Resident Evil 2 and its remake, he busts through walls and chases the protagonists down.

His actual goal is to kill the survivors in the Raccoon City Police Station and locate the G-Virus pendant. It’s hard for the likes of Claire and Leon to stop him from completing his objectives as he’s virtually unkillable. 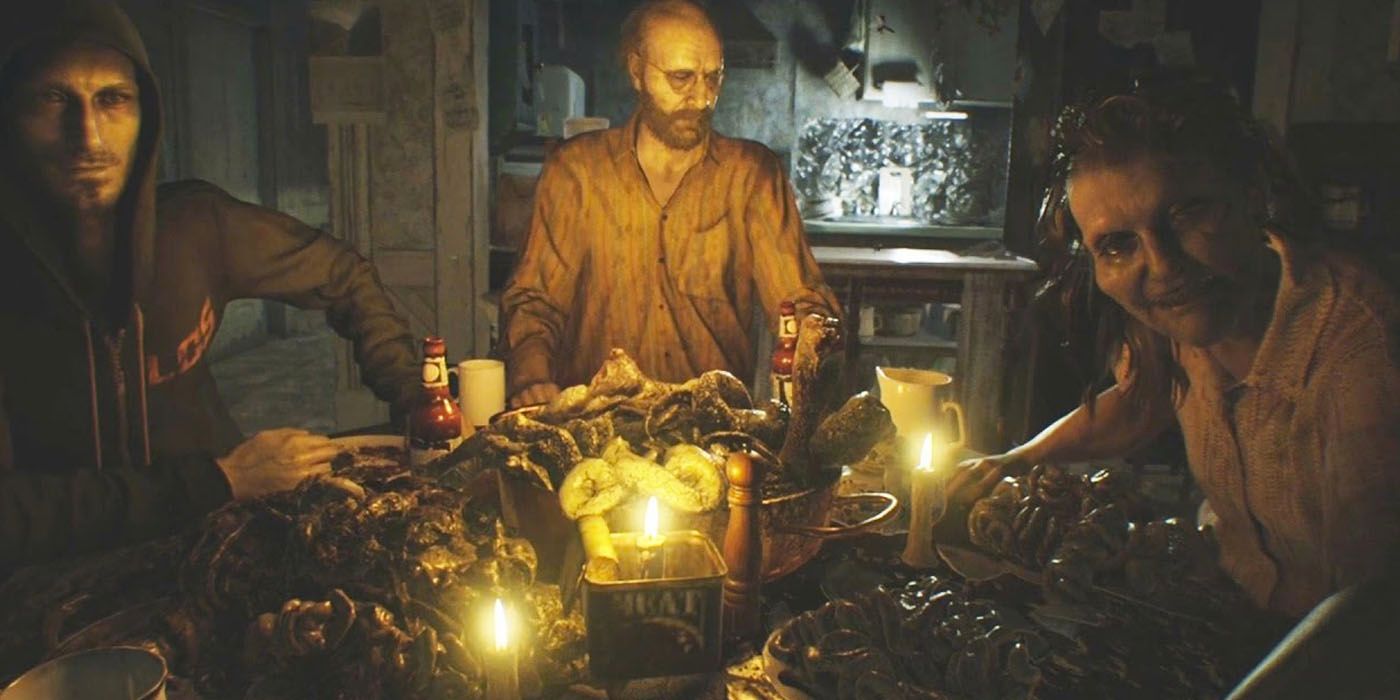 For much of Resident Evil 7, Ethan is desperately trying to escape from the Baker Family. Jack and Marguerite spend the game under the control of Eveline, which turns them into murderous psychopaths.

Lucas Baker is different from his parents as Eveline doesn’t have much control over his actions. Yet, the young man still attempts to kill the protagonist using his multitude of traps. All three of them are distinct villains, who make Resident Evil 7 one of the scariest entries in the series. 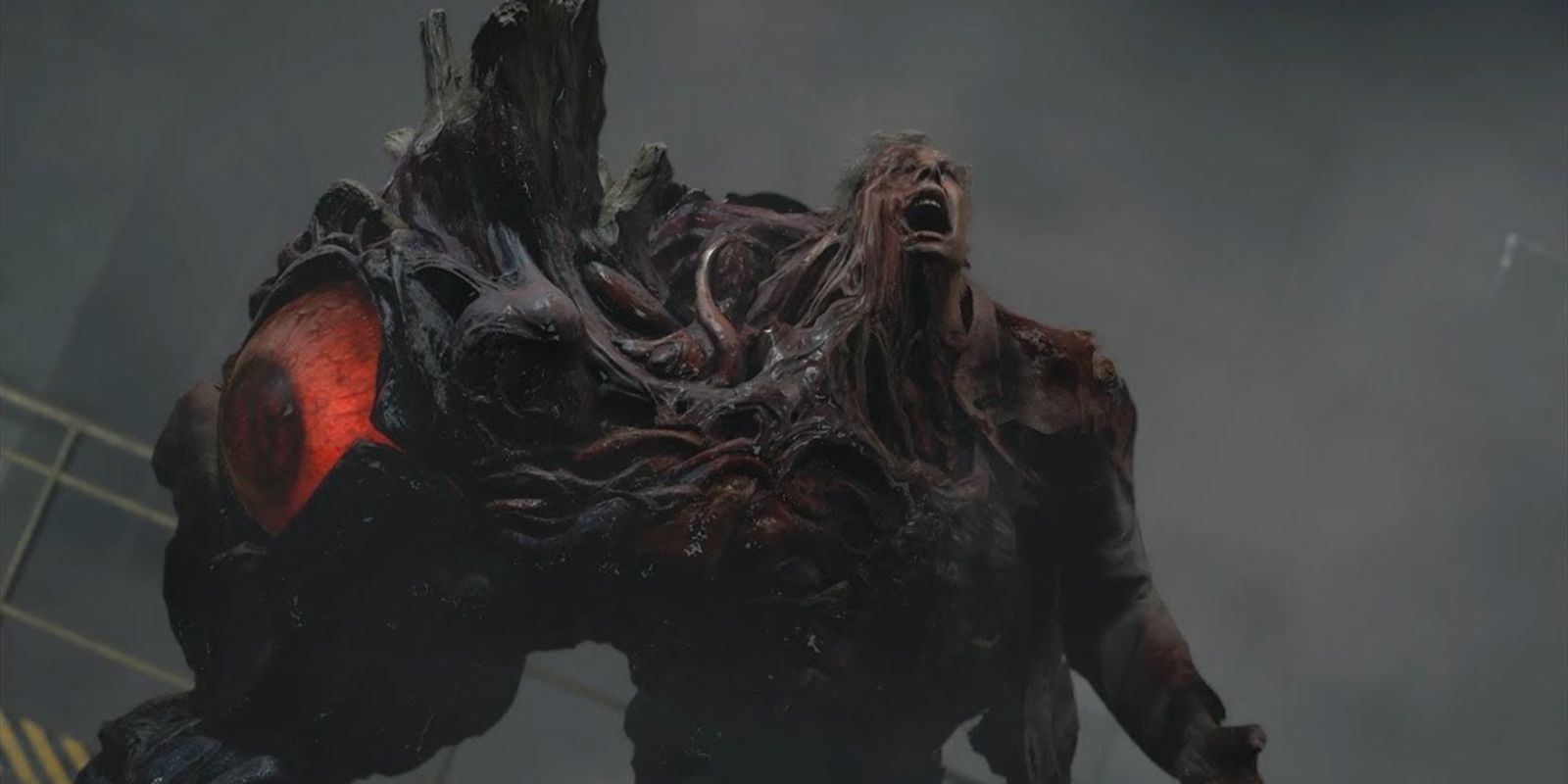 As a genius scientist, William Birkin works on both the T and G Viruses. While working on the latter, though, Umbrella tries to take him down. He survives the ambush by injecting himself with the G-Virus.

At that point, he goes from being a villain working in the shadows to a physical threat to everyone he meets. Most of his story takes place in Resident Evil 2, but the character has appeared in a few titles because he’s such a good antagonist. 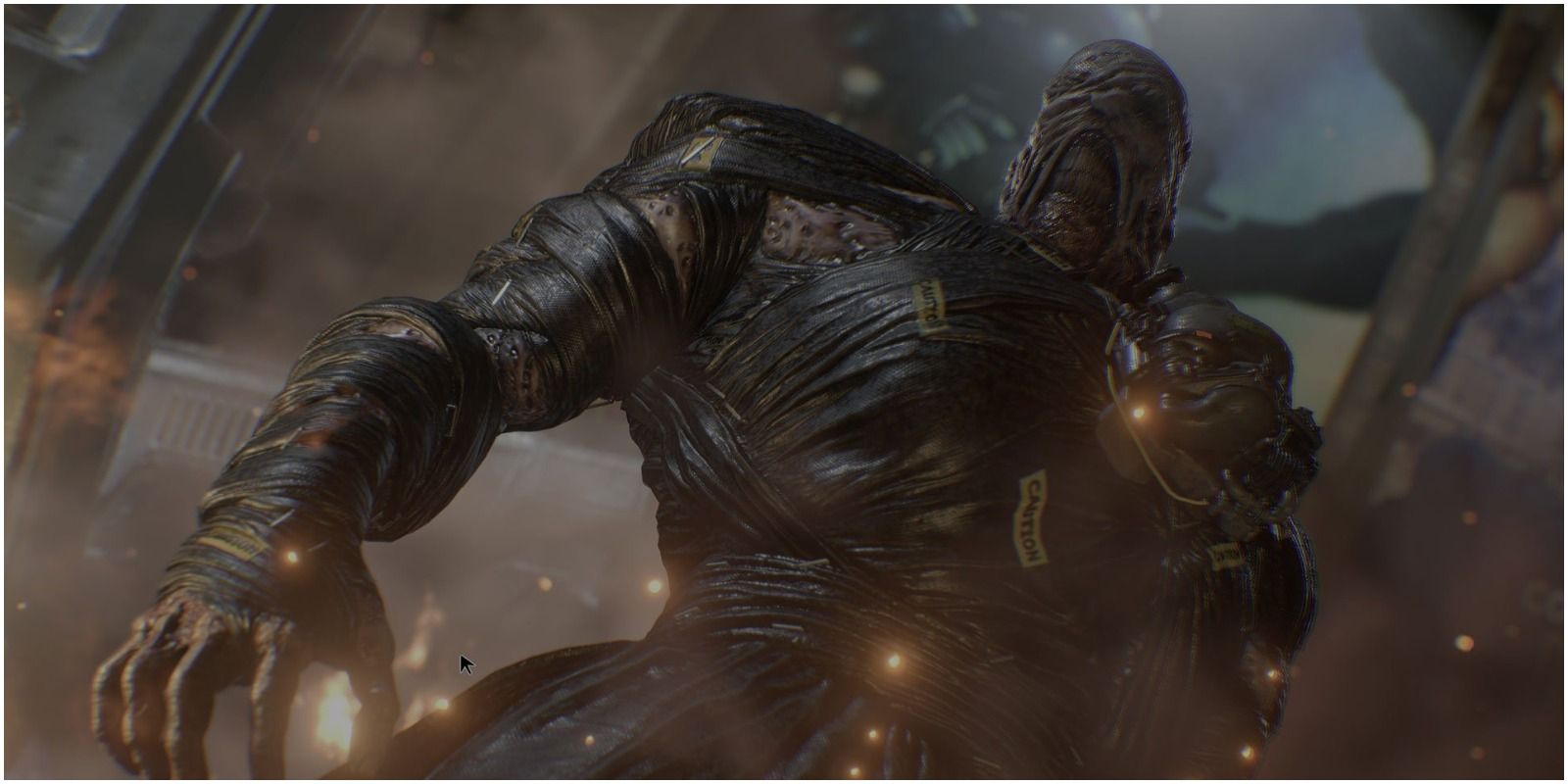 Nemesis is such a strong antagonist that an entire game was built around him. In Resident Evil 3, he is an ongoing threat as he regularly turns up to hunt Jill down. He’s much more advanced than a typical bulking tyrant as he’s got decent speed and uses weapons. In many ways, he’s the ultimate killing machine.

His sole motive and reason for existence is to hunt down all of the members of S.T.A.R.S. The elite force has some skilled members, but most of them still wouldn’t stand a chance against the beast. 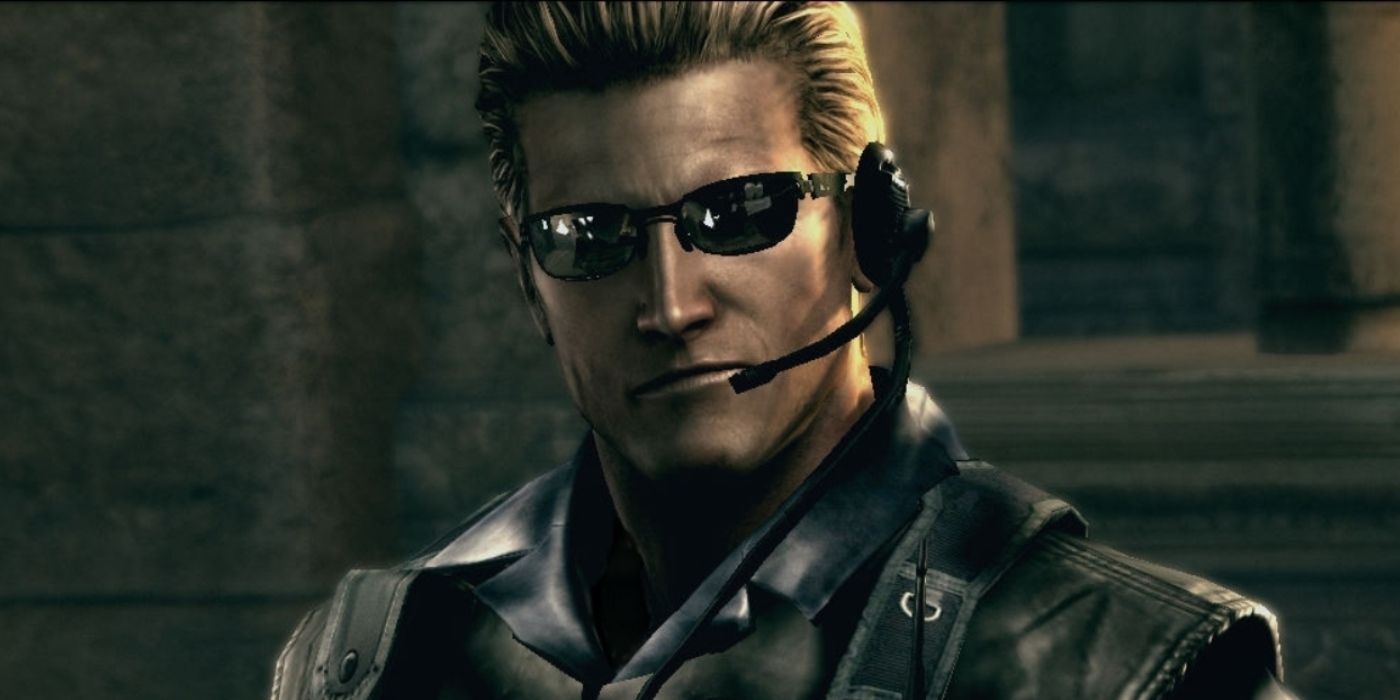 No villain is more synonymous with Resident Evil than Albert Wesker. The former S.T.A.R.S member betrays his team early into the series before going on a journey to wipe out humanity. His plans are similar to that of Oswell Spencer, but Wesker feels he should be the one ruling over a new world as a god.

To achieve his goals, he tries to use his significant influence and insane superhuman powers. He has incredible speed and strength, something not even Chris Redfield can defend against alone.