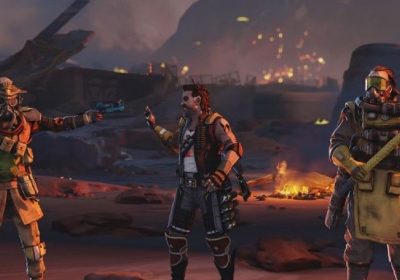 Apex Legends was specifically designed by Respawn for teams of three. Everything from the balancing and the revolutionary ping system was created keeping in mind that you’ll be diving in with two other mates. That’s why, when the developer introduced the Ranked mode in season 2, it could only be accessed via the classic Trios squad.

Respawn did later add Duos mode, but there was no sign of it coming to Ranked mode. It’s been a while now, and it doesn’t look like Respawn is going to change its decision. The developer has now confirmed that it will not change its stance on this.

Respawn recently held a Reddit AMA (Ask Me Anything) for the launch of Season 8 – Mayhem for Apex Legends. One of the questions posed to the developer was if there was if they had any plans to bring Duos to Ranked mode. Gameplay Designer, Eric Canavese, explained why Respawn has stuck to their decision.

“It’s a totally fair question. When it comes to the competitive nature of Apex we are first a [sic] foremost a 3 legend squad game. The bulk of balancing is and will always be done with this game mode in mind,” explained Canavese. “To have a true and competitive duos mode that is missing a third of a squad that the game is designed and balanced around can lead to an ultimately unstable experience at various levels of play and making those concessions knowing one mode suffers isn’t something we’re willing to do.”

So there you have it, Apex Legends was designed and balanced with a three-person squad in mind. While the developer did add in the option of jumping in with a smaller squad for those who preferred it, it did not want to compromise by adding what it thought is an unbalanced level of gameplay to Ranked mode.

Another interesting question asked to the devs was about some of the tried and cancelled ultimate moves for the latest character, Fuse. Lead Game Designer, Daniel Klein, took this one up saying, “One of Fuse’s first ultimates we tried was just straight up a giant bomb. You’d shoot it like a mortar, similar to what his current ult looks like, but when it came down, after a short warning, it would just fucking kill you. That was fun! Not for the other people tho. So we didn’t ship it.”

NEXT: Overwatch 2 Was A Mistake