Home » News » Rick And Morty Will Be Getting A New Season Yearly, Creators Say It Could Go On "Infinitely"

Rick And Morty Will Be Getting A New Season Yearly, Creators Say It Could Go On "Infinitely" 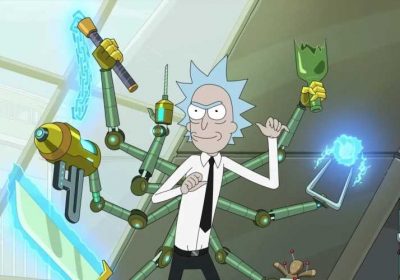 Rick and Morty will receive one new season every year and its creators think that it could go on "infinitely".

The sixth season of Rick and Morty is set to premiere in just a few days, surprising many fans who expected a new season to take much more time after the significant gap between seasons three and four. The short time between this season and the last looks to be the new norm going forward, as showrunner Scott Marder has confirmed we can expect a new season every year from now on.

During an interview with Inverse, Marder revealed that the sixth season is setting up the second half of a much larger story, one that started with Evil Morty. While talking about the show taking more of an interest in canon, Marder confirms that there won't be any more long gaps between seasons, saying, "We’ll have a season of the show every year from this point forward".

As for how long the show could go on for, Rick and Morty co-creator Dan Harmon said to LadBible that it could go on "infinitely". He said, "“As far as the longevity of the show, to me, it just feels infinite. That’s kind of the easy part. And I think that might be the cause of some frustration on the fans’ part, because my original commitment to just, I think a good TV show is one that lasts 1,000 episodes.”

Harmon continued, "You don’t design a paper airplane to land at a certain spot a certain distance for you. A good paper airplane is the one that stays in the air forever, and that’s impossible but you fold it in a way that that’s the goal". Justin Roiland also seems to agree that Rick and Morty could be on the air for a long time, as he said during the same panel that the team "could run as long as we want it to".