Home » News » Rick Sticks His Fingers Up Your Butt In MultiVersus 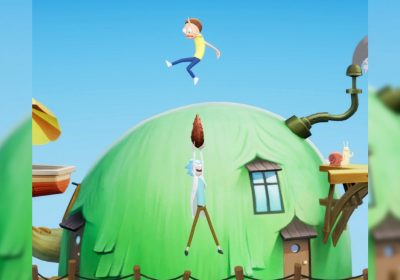 MultiVersus players have finally been getting those wubba lubba dub dubs now that Rick has finally been added to the roster. To celebrate, Player First gave fans an extended showcase breaking down his moveset over on the official MultiVersus Twitch account. Along with revealing all of Rick's moves and how to get the best out of them, it was also revealed that Rick gets a bit too personal with his opponents should he run out of Mega Seeds.

Rick & Morty fans will know that the Mega Seed move is a reference to the episode in which Rick asks Morty to shove two of them up his butt to get past space customs. In MultiVersus, Rick rather forcefully shoves Mega Seeds up his opponent's butt to deal damage and very briefly silence them – understandable since very few words would come out of my mouth if the same thing happened to me.

However, since Rick's Mega Seed attack has a cooldown, he has to get creative when it isn't available. Instead, Rick chooses to stick his fingers up your butt as a substitute, inflicting a decent amount of damage and a large amount of personal trauma. In fact, this particular move is what is referred to as a "kancho" attack, where someone makes the shape of a gun with both of their hands and uses their index fingers to do the dirty deed. It's most commonly associated with the anime series Naruto.

MultiVersus director Tony Huynh even recently made fans think that a Naruto crossover was going to happen, tweeting at the start of the month that a kancho attack was being made for an unnamed character. It looks like that character is now confirmed to be Rick rather than any potential Naruto crossover, which I'd like to say is a surprise but is probably completely expected at this point.

What wasn't expected was the news that Player First might actually be working on getting Rick and Morty some unique voice lines. Huynh recently revealed on Twitter that the team is "taking notes" on fan requests for unique voice lines, signaling that it could be something added to MultiVersus in a later update.