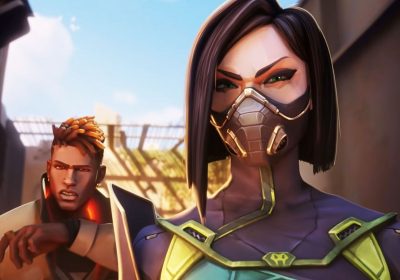 Riot Games has confirmed that it plans on introducing even more lore to its first-person competitive shooter, Valorant, in the future.

There were many questions regarding Valorant’s lore and whether or not the development team will build upon it like Riot has done with its popular MOBA, League of Legends.

According to David Nottingham, the team has plans to develop the game’s plotlines. He said: “We have a lot of lore mapped out. Including core conflict, tech, plotlines and where the arc of the universe is going. Also agent backstories. We will definitely reveal more and more over time. Just getting started.”

The latest Duality lore cinematic featured one of Valorant’s newest Agent, KillJoy, who was pictured on a mission with Phoenix and Viper. After the cinematic was revealed, there were many questions from fans online inquiring the age of Viper, who appears to have some grey hair in the video.

On this topic, Nottingham revealed that Viper and Brimstone are “a bit more mature”, without confirming their real ages.

“They have lived lives,” he said, “Other agents such as Jett, KJ (KillJoy), are much younger. Almost if you think of a family, Brim and Viper could be the ‘parents’ (not literally) with Sage also being like the wise Auntie.”

The creative director also revealed why most Valorant cinematics only seem to feature Agent’s like Jett and Pheonix, explaining that “We literally don’t have the cinematic versions of all the agents.”

Riot Games recently announced that Valorant will be coming to mobile for the game’s first anniversary.