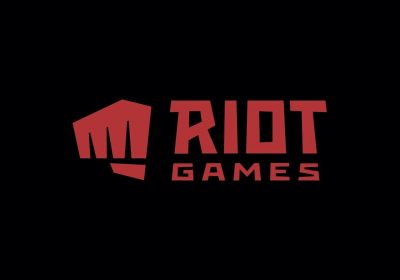 Riot Games has agreed to pay $100 million to current and former female employees to settle a gender-based discrimination suit brought against it three years ago.

In 2018, a class-action lawsuit for workplace discrimination and harassment of women employees was brought against the League of Legends developer. A year later, Riot offered $10 million to settle the suit, but the State of California's Department of Fair Employment and Housing (DEFH) blocked this as it considered the sum to be too low.

Riot has agreed to pay 10 times this original amount and the suit has been settled – with a minimum of $80 million being paid out to current and former employees and including contract workers. The other $20 million will go towards the plantiffs' legal fees.

In addition, the studio has agreed to be monitored by third parties for three years and to implement workplace reforms including ensuring that a woman or member of an underrepresented community be present on employment selection panels.

The class-action suit was filed in November 2018 by now ex-employees Melanie McCracken and Jess Negrón who accused the games company of gender discrimination alongside sexual harassment and misconduct. McCracken would settle out of the suit for an unspecified figure. The lawsuit followed an investigative piece published by Kotaku, which exposed a culture of sexual harassment and sexism at Riot Games, which found female employees were often subjected to different standards to their male counterparts.

At least 1,065 employees and 1,300 contract workers are entitled to compensation, with those who have worked longer at Riot, or started earlier, eligible for larger amounts. As part of the agreement, Riot Games will be monitored by a third party – who must be approved by the DFEH – who will look over HR complaints and help ensure that pay is fair for all genders, for three years.

Representing the plaintiffs, lawyer Genie Harrison said: "This is a great day for the women of Riot Games – and for women at all video game and tech companies – who deserve a workplace that is free of harassment and discrimination. We appreciate Riot's introspection and work since 2018 toward becoming a more diverse and inclusive company," as reported by The Washington Post.

The $100 million settlement, including the policy reforms, has been signed by both sides and filed, but is awaiting final approval by the court. The settlement does not include the sexual harassment and discrimination lawsuit filed earlier this year against Riot Games CEO Nicolas Laurent, who is popularly known as Nicolo. He was sued by Sharon O'Donnell, a former executive assistant, who alleges that Laurent made unwanted sexual advances. Laurent strongly denied the claims. In March, Riot Games announced that the CEO would remain in his position following a third-party investigation, which was commissioned by the studio, had found no evidence for the allegations made by O'Donnell. According to Riot, the case has gone into arbitration, meaning to be settled out of court.