Risk Of Rain 2: The Best Character Duos For Co-op 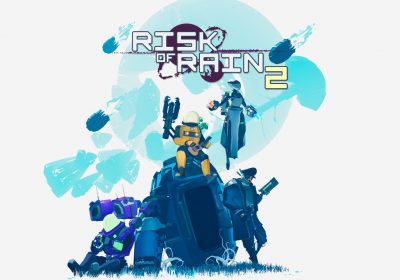 Risk of Rain 2 is all about survival. You must fight your way through the planet, but this can be a little difficult to do alone. Fortunately, Risk of Rain 2 has a polished co-op mode. As with any game with a co-op feature, there are some ideal character duos to choose from. This guide will go over some great combos to play with a friend. But, before we go over which characters work well with each other, let's go over some duos that aren't so great.

In general, if you're playing with another person, don't pick the same character. For example, having two Bandits sounds great, but neither one of you will have a healing ability. Both of you will have the same abilities, and therefore, the same weaknesses. Try to pick characters that balance out each other. There are some exceptions to this rule, as you will see below. Overall, character choice comes down to who you feel the most comfortable with but these combinations complement each other especially well.

Updated December 28, 2021 by Amanda Hurych: Risk of Rain 2 continues to be a game that is doubly fantastic to play with friends. Partnering up with a buddy to take down Mithrix, visit the Celestial Portal, or traverse the Void Fields is as enjoyable as it is difficult. Even with a friend by your side, it can be tough to survive till the end of your run. However, great character duos make the job smoother. We've added a couple more recommendations for survivor pairings you should try during your next Risk of Rain 2 run. 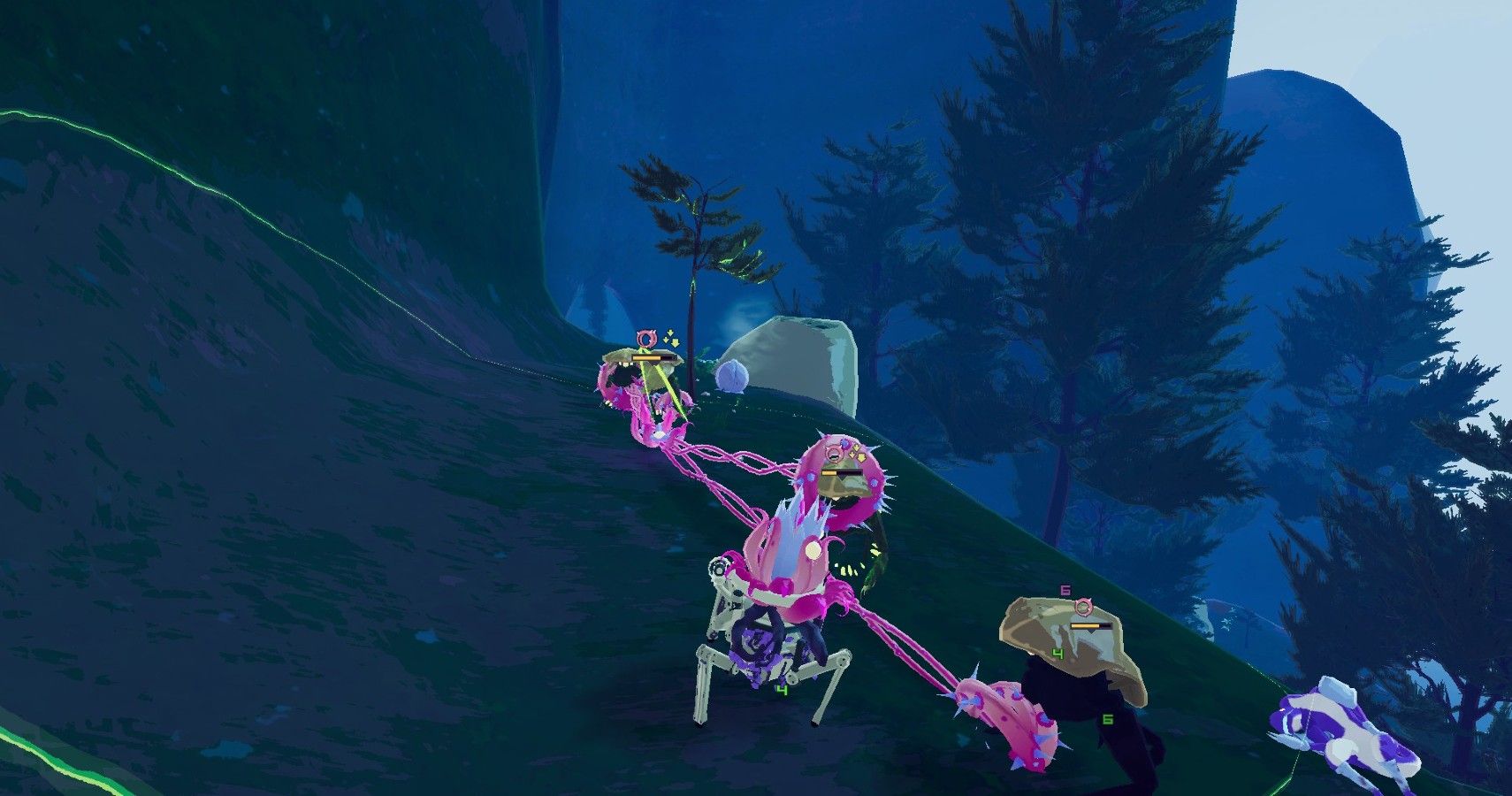 Rex is a high risk/reward character to use in Risk of Rain 2. He uses his own health pool when he makes his attacks, relying on certain skills to help him heal immediately afterward. His primary attack can Weaken enemies and his Tangling Growth ability roots clusters of foes in one spot.

This makes Rex and prime candidate to partner up with Engineer, by far the most reliable character in the game. The Engineer's turrets can easily mow down enemies pinned by Tangling Growth and eliminate those that have been properly Weakened. This makes Rex and Engineer quite the dream team. However, one of the glaring weaknesses of these characters is that they are both fairly sedentary, so in addition to acquiring items that heighten their synergy, you might want to enhance their mobility while you're at it. 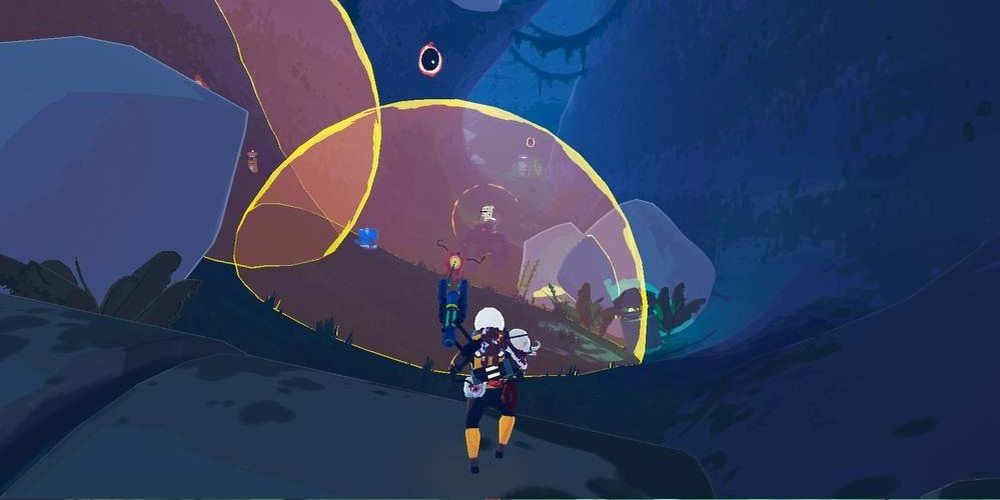 People underestimate the Commando's potential because he's one of Risk of Rain 2's starting characters. However, next to the Huntress, he remains one of the most reliable ranged characters of the bunch. Though he doesn't deal massive amounts of damage with every bullet he shoots, he fires consistently and at a distance.

Pairing the Commando with the Loader makes perfectly logical sense when you consider that the Loader is one of the best close-range characters. Her Knuckleboom and Charged Gauntlet both lend themselves well to inflicting incredible amounts of damage to nearby enemies. So while she is can be used to target big bads like Elder Lemurians and bosses, the Commando can focus on more mobile or airborne targets. 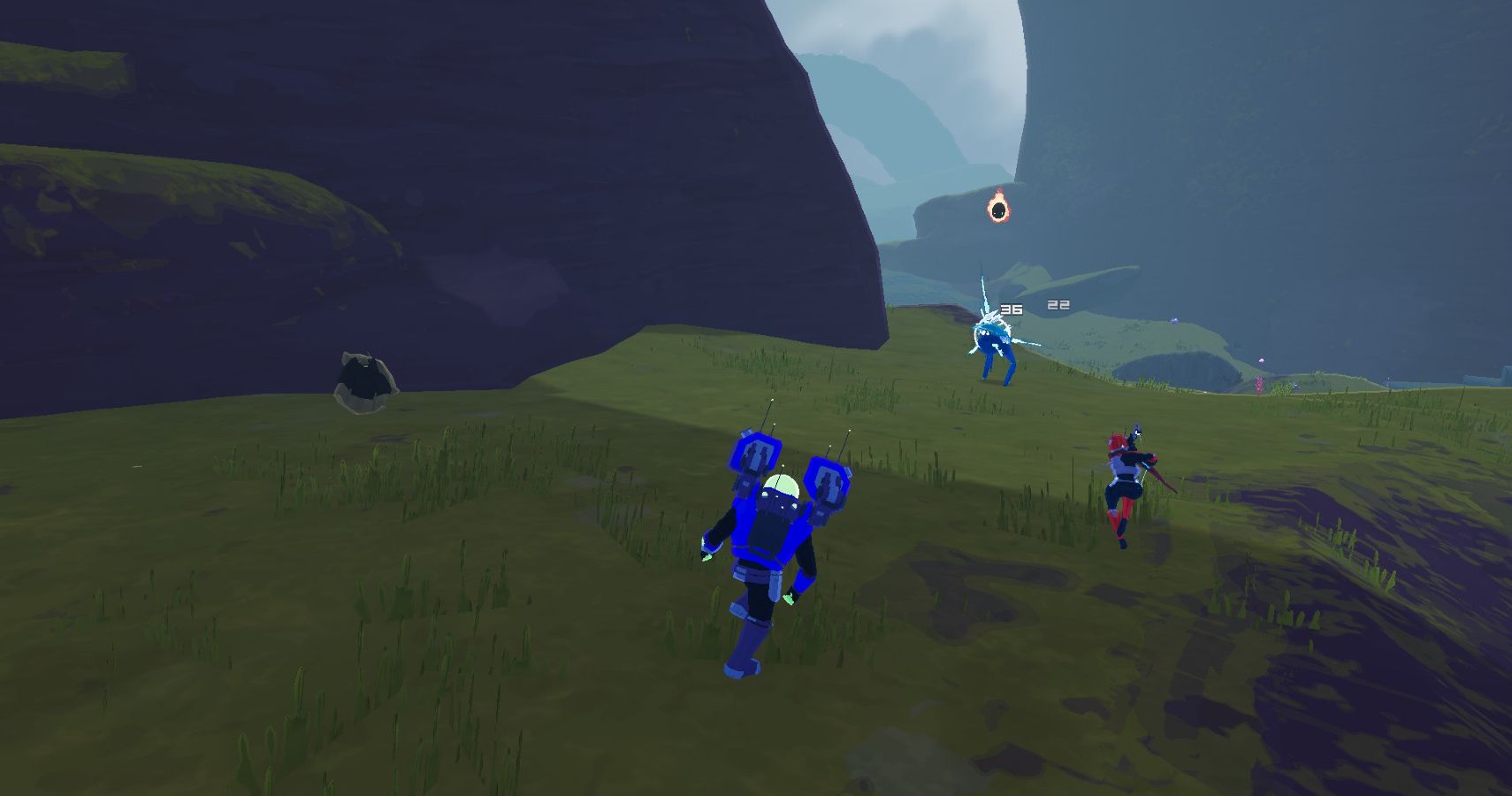 Engineer is one of the best characters in the game. In addition to being strong and tanky, his two turrets are like having two extra teammates. Each turret has the same items as Engineer, so after a few stages, they are capable of handling themselves against any enemy. By default, Engineer's turrets are stationary, however, you can unlock an ability that allows them to move freely. These turrets can heal allies and help defeat hordes of enemies.

Huntress, on the other hand, is a powerful glass cannon. She specializes in long-range attacks, making her the perfect companion for Engineer. The pair balance each other out; Engineer handles the tough crowds while Huntress picks off flying enemies. 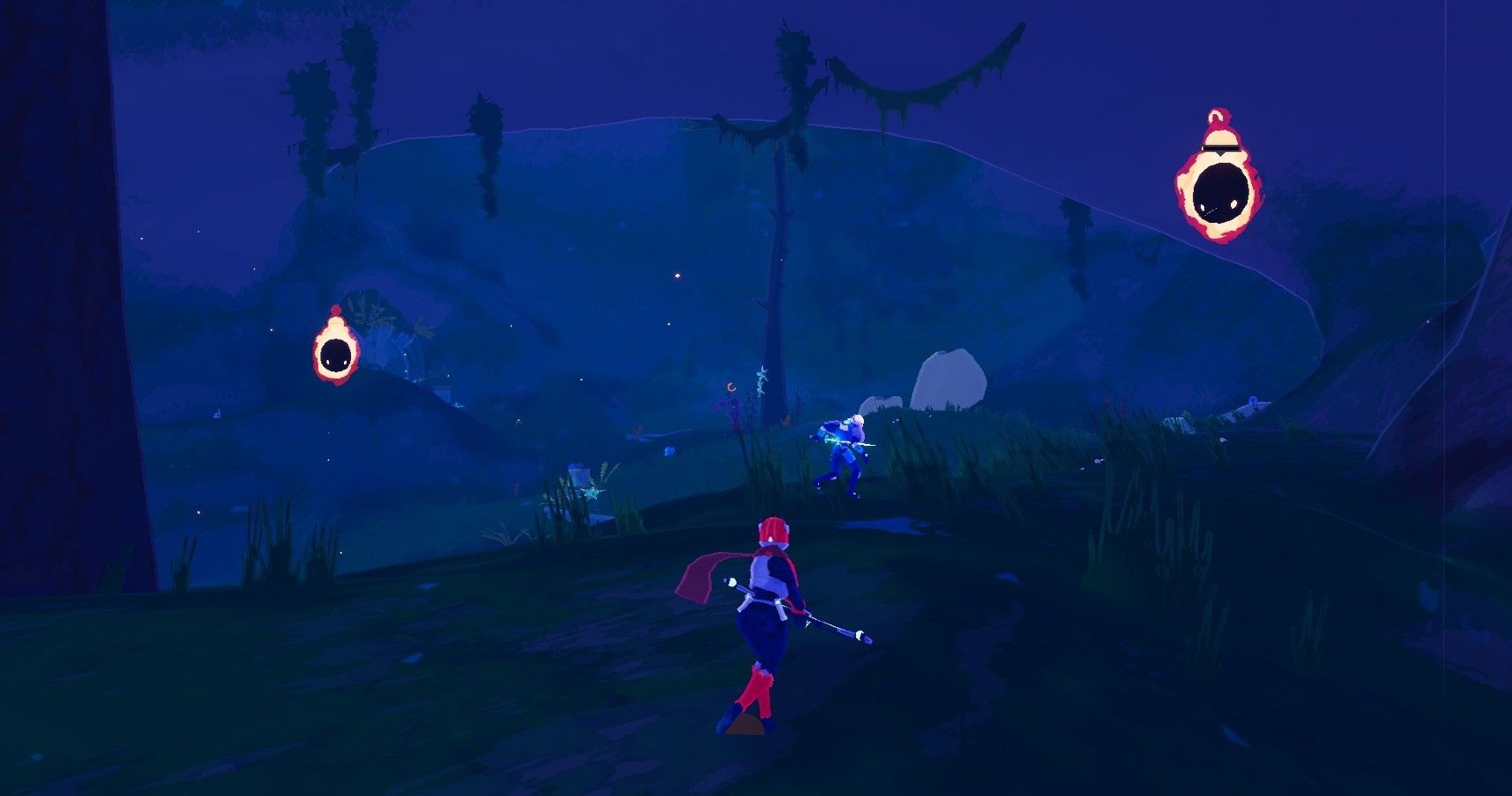 Mercenary is a great melee character, however, he can be a bit helpless when fighting long-range. Although his attacks can send him in the air, they aren't accurate enough to target individual enemies, like a wisp. If you play as Mercenary and come across a stage with just wisps, then you will be at a disadvantage.

To balance this out, Huntress is a great choice. As mentioned above, she excels in long-range attacks. Huntress can quickly lose HP when fighting enemies at a close distance, so have Mercenary take care of them. Pairing any melee character with Huntress will balance the duo. 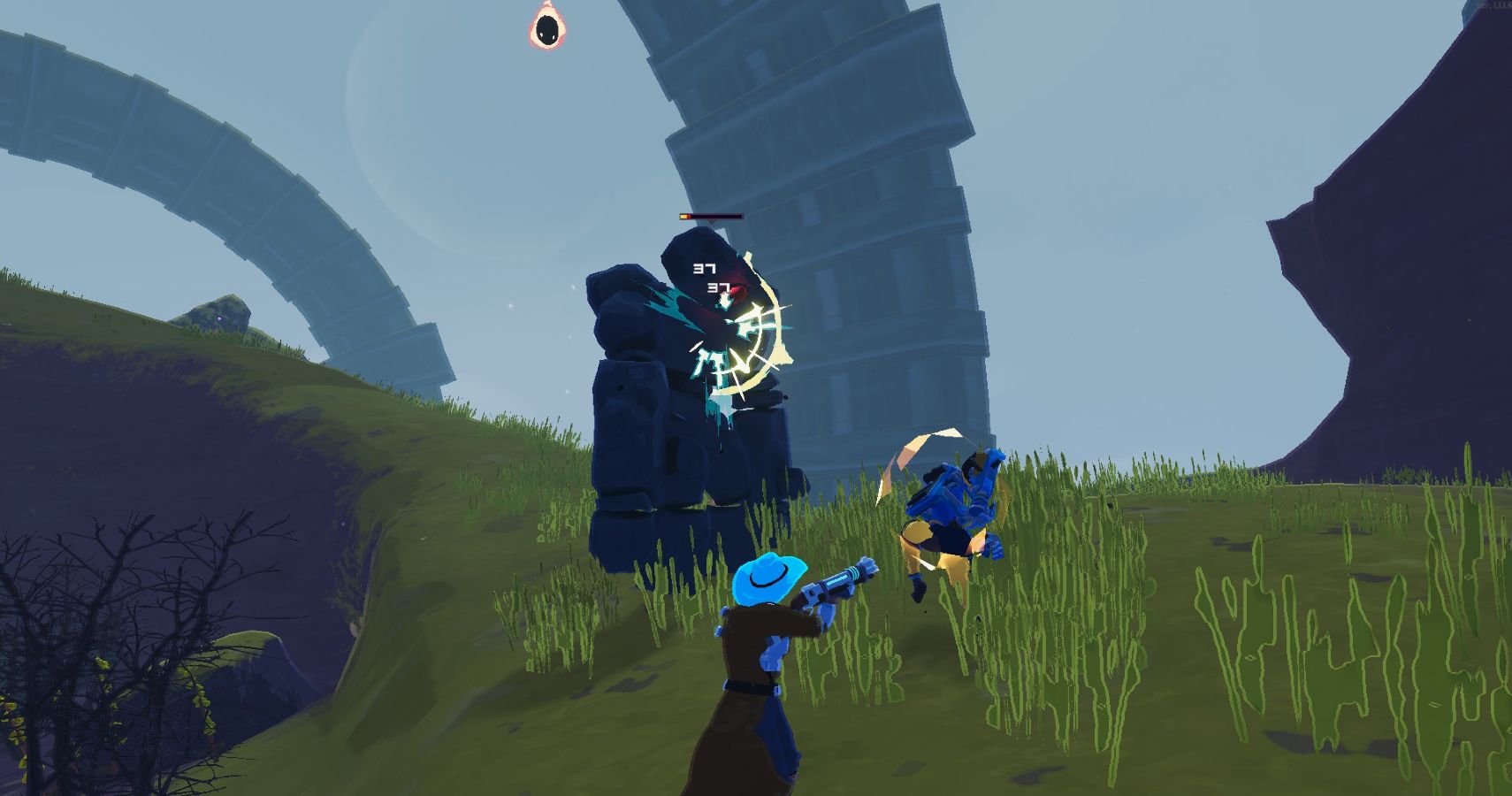 Like the duos above, this pair also balances out with their long-range and melee damage. Loader specializes in melee damage, using her gauntlets to attack and carry her around the map. Although she is capable of a long-range attack, it isn't as accurate as a gun. The gauntlets fly towards enemies but bring Loader along with them, so they aren't entirely long-range.

To balance out Loader's lack of long-range attacks, partner up with the Bandit. This gunslinging cowboy can easily kill any distant enemy while leaving those nearby to Loader. Bandit has a melee attack, but he truly shines while using his shotgun. He can quickly take out enemies and has a chance to reset his cooldown as well. 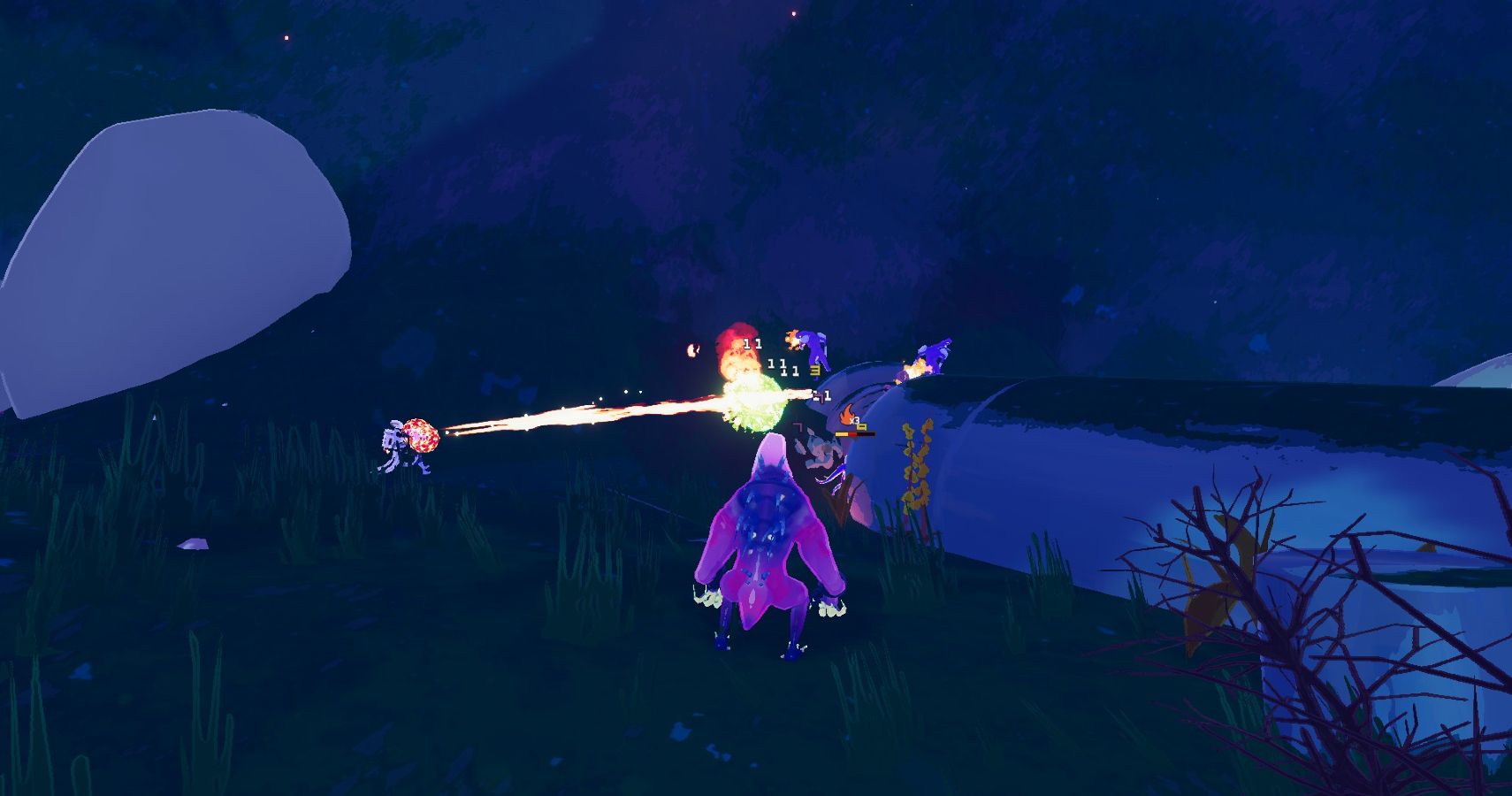 This may seem like an unlikely pair, but somehow, it works. Both of these survivors excel in AoE attacks, making them the ultimate duo for crowd control. Acrid's poison spreads throughout groups of enemies that can be finished off in a single blow. While his melee abilities aren't that special, his long-range poisoning is great. Poison can do a lot of damage, but it doesn't kill. When enemies have been poisoned enough, Artificer can clean up the mess and kill everyone.

When Acrid's poison is paired with Artificer's AoE attacks, entire groups of enemies will quickly die. Both survivors also have a stunning ability, so at any given moment, an enemy will be stunned. This is great for late-game teleporter events with a lot of enemies. 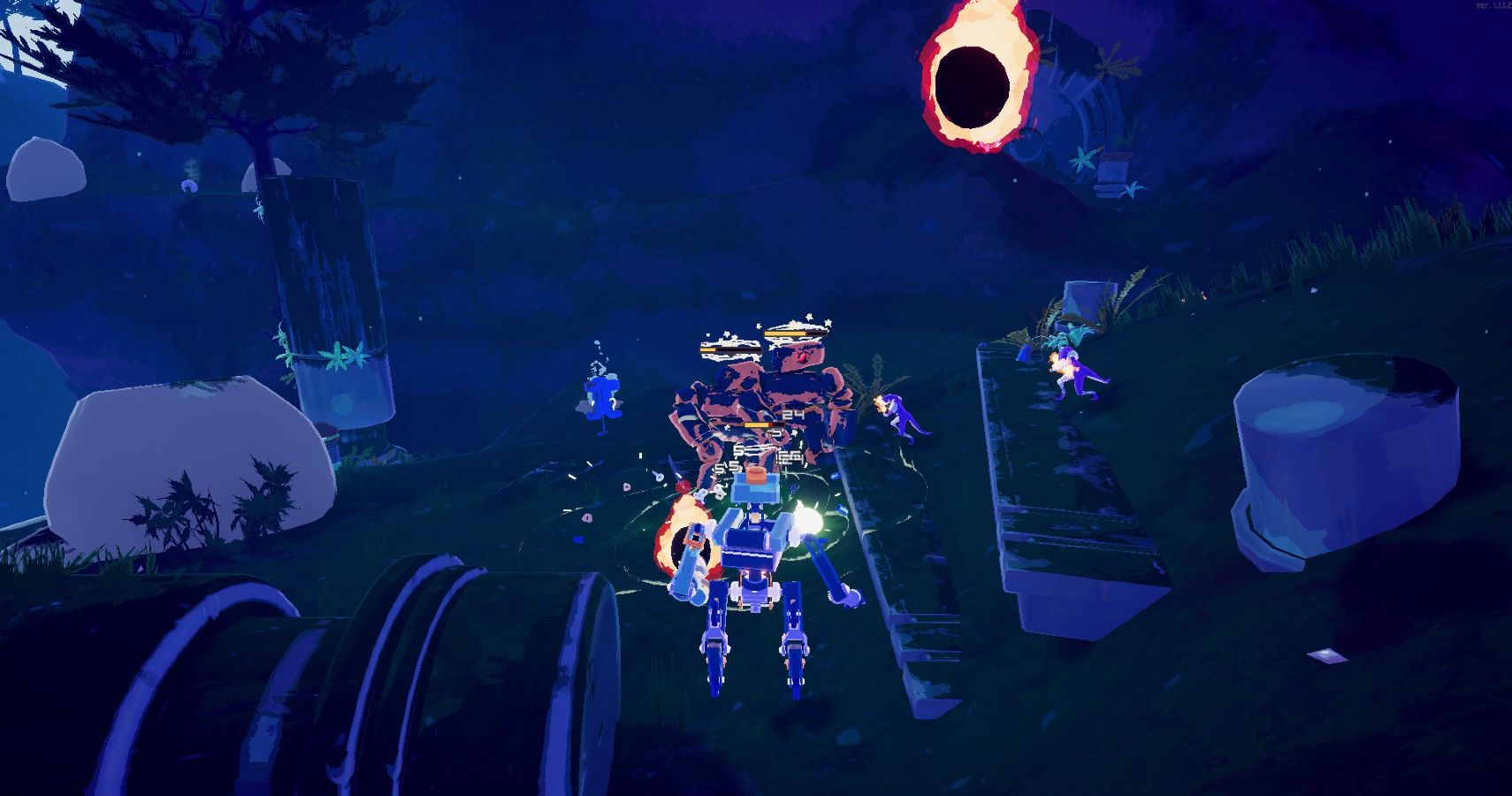 As his name suggests, MUL-T is a multi-purpose survivor, great for any situation. Playing as two of the same character seems counterintuitive, but MUL-T is strong enough to make it work. Of course, you can choose another character alongside MUL-T, but having two of him is definitely not an issue.

MUL-T is also a great choice for a solo run. Overall, his abilities do enough damage to destroy enemies, and he is one of the tankiest characters in the game. He can hold two pieces of equipment at once, which means that MUL-T is capable of dealing damage and then healing with equipment like Super Massive Leech or Gnarled Woodsprite.

Captain And Any Other Character 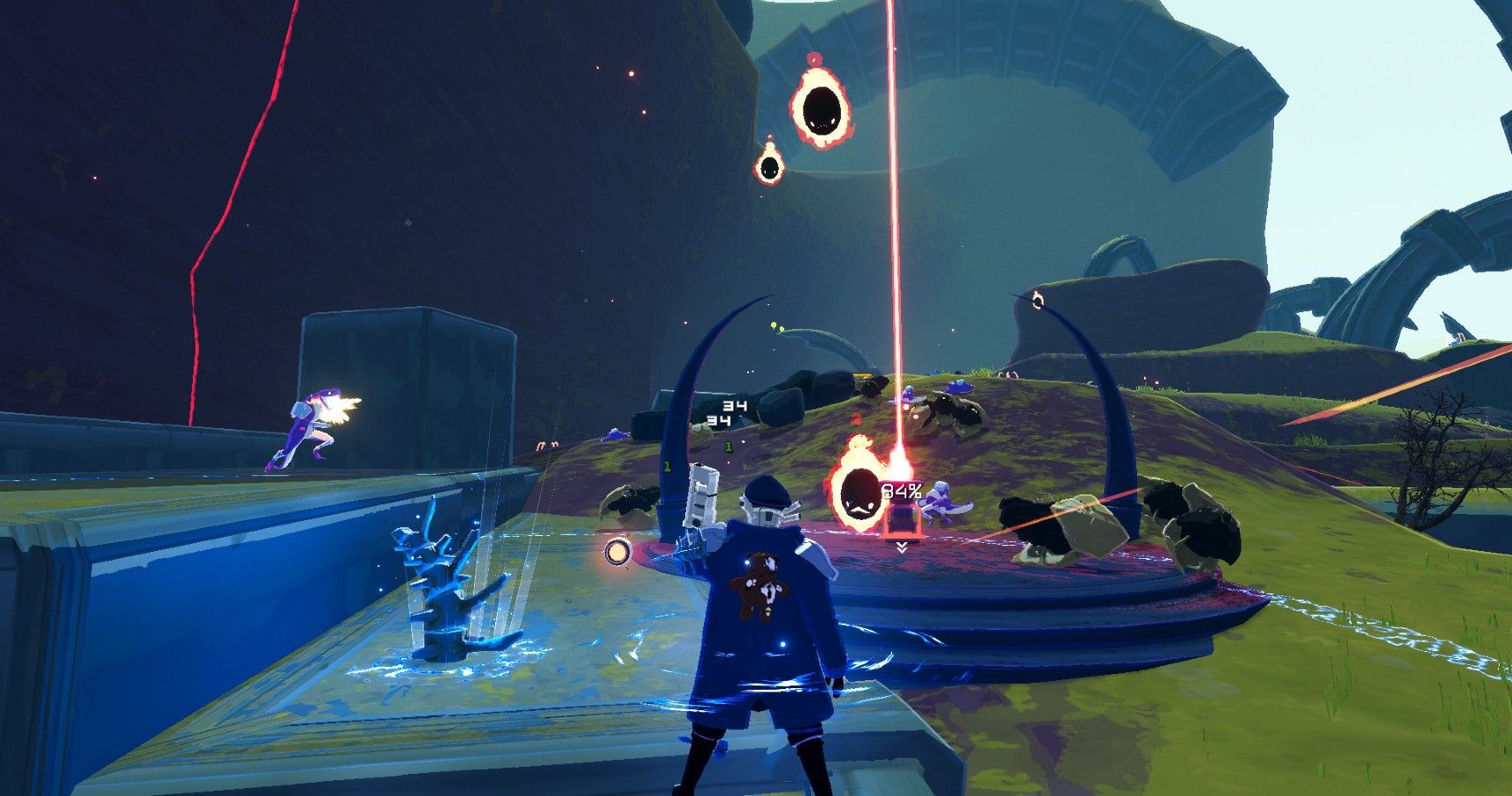 Captain can pretty much work with anyone. His Utility allows him to place a beacon, which can be customized in the character selection menu. You have the option to pick from Healing, Shocking, Resupply, or Hacking.

The Healing Beacon is essential when playing co-op. Strategically placing the Healing Beacon near the teleporter will help allies defeat a hard boss without dying. The Shocking Beacon is also great for dealing damage to groups of enemies. Having an ally play as a survivor that does AoE damage will quickly wipe out anyone inside the beacon's range. Overall, Captain makes for a great support character.

It's important to have at least one person in a party play as a high damage character. For this reason, having two Captains wouldn't be efficient. He is capable of high damage, but you don't really need two people to throw beacons down.