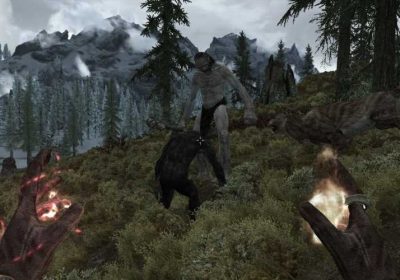 There's a problem I've had in most of my vanilla Skyrim playthroughs in that no matter what I try to do, I always end up playing as a roguish assassin type who shoots enemies from the shadows. To get out of that playstyle, I really need Skyrim to be a totally different game.

Enter the Requiem overhaul mod (with thanks to PCGamesN). Requiem is a massive mod developed by a small team of "dedicated modders, writers, and testers" that's taken "several thousand hours" to make–and it's still in active development. Just recently, the Requiem Dungeon Masters have released a new version of Requiem that finally updates their mod for Skyrim Special Edition.

What does Requiem change in Skyrim? Pretty much everything, "including basic gameplay concepts such as combat, magic, and player statistics." The mod also "rebalances items across the game world, introduces interface and aesthetic treatments, and so much more."

To summarize the mod very generally, Requiem changes Skyrim to be a more thoughtful, tactical, and immersive experience by adding certain old-school RPG elements. This includes making it so wearing heavy armor without the appropriate perks means not having enough stamina to run, but also not wearing heavy armor makes you vulnerable to arrows. Meanwhile, a mage can burn or freeze heavily armored knights without fear of closing to melee range. It's a sort of paper scissors rock gameplay element that provides advantages and disadvantages no matter which path you choose.

Requiem warns players that this mod isn't for the faint of heart. New players will find themselves to be much more fragile than vanilla Skyrim as they die to a single ax blow. “Requiem’s world is dangerous and deadly for the unprepared and unskilled," reads the mod description. "Requiem requires patience, planning, and a willingness to invest time in growing your character from a humble adventurer into a true savior of Tamriel.”

If you’re up for a new challenge and a Skyrim experience that’s totally different from anything you’ve ever played before, Requiem is now available for Skyrim Special Edition over on Nexus Mods. As of December 30, Requiem no longer supports the original Skyrim, but you can still download older versions of the mod on Nexus Mods if you prefer staying as old school as possible.