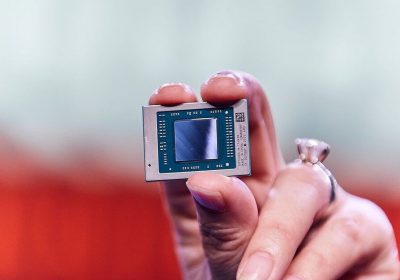 AMD has said it would make impressive inroads into gaming laptops this year, and so far it’s trending well, according to an ongoing list of gaming laptops available to order or pre-order.

That data gave AMD a respectable 32-percent share vs. Intel’s 68 percent. The list included a few models announced but not yet available, such as Lenovo’s Legion and Alienware’s m15 and m17, as well as Asus’ ROG Zephyrus G14 and TUF 15 and TUF 17. Of those, the Lenovo and Asus models will use Ryzen, while the pair of Alienwares will use Core. If we counted those models, it would give AMD 36 percent vs. Intel’s 64 percent.

According to a compiled list of laptops you can order or pre-order, AMD’s Ryzen 5000 mobile CPUs have made greater inroads compared to previous generations.

A note on margin of error: While we have faith in the RTX 30-series list above because we covered many of them, 2020’s list misses a few Intel models we knew of. We’d be surprised if AMD had been used in more than 10 percent of gaming laptops last year.

A similar list of GeForce-based gaming laptops compiled last year by GizmoSlipTech had about 85 percent of wins going to Intel Core CPUs.

The most significant change of fortune for AMD is its pairing with high-end GPUs. By high-end, we mean laptops with GeForce RTX 2070 or RTX 2080 GPUs. When Ryzen 4000 debuted, the best you could ever get with this very decent CPU for all of 2020 was a GeForce RTX 2060 with an AMD CPU. It was often explained by AMD as well as laptop vendors that they were conservative with their bets initially, giving Intel a total lock on higher-end GPUs in gaming laptops.

Laptops based on Intel CPUs basically had the lock on high-end GPUs last year.

This year, things are looking up. We filtered GizmoTechSlip’s list and saw nine laptops using Ryzen 5000 and a GeForce 3070 or GeForce 3080. But what of AMD’s claim that it will be the choice of high-end gaming laptops this year? So far that doesn’t seem to be true, but it’s only the middle of January—too early to tell.

Of course, announced design wins and pre-orders are one thing Actual production quantity is another. If AMD laptops go from pre-order to sold-out in a hot minute and stay that way for three months, then it’s all academic.

AMD has gone from zero high-end gaming GeForce GPUs with Ryzen in 2020 to nine in January, 2021.

It’s Nvidia’s world, Intel and AMD just play in it

If you looked up “dominate” in the Urban Dictionary, you might find an entry using Nvidia’s mobile GPUs as an example. Sure, AMD had a few mobile Radeon models last year, but good luck finding them in a gaming laptop. And while Intel is expected to be a player one day, right now, it’s a sea of Nvidia green. That seems unlikely to change from GeForce RTX 20-series to GeForce RTX 30-series. In fact, of every single laptop announced at CES, we can think of only one model using a GPU other than GeForce, and it’s not exactly high-end.

Because gaming laptops make up an estimated 60 million of Nvidia’s existing GeForce customers, that’s a lot of laptops that will likely stay green.