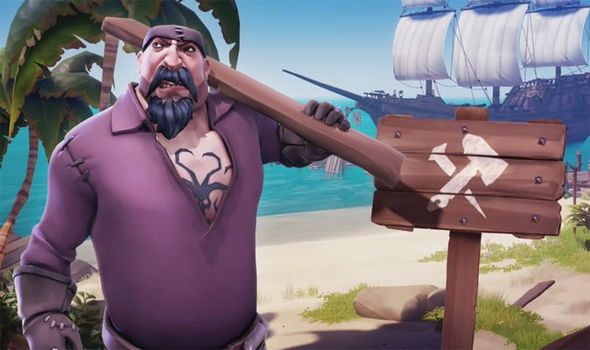 Sea of Thieves is being taken offline for server maintenance and a brand new Hotfix update.

Following the release of the big Vaults of the Ancients update, Rare will take the game offline on Xbox One and PC.

Sea of Thieves’ servers will go offline at 10am BST for fans living in the UK. There’s no word on when the game will come back online, so stay tuned for updates.

According to a recent Sea of Thieves Twitter post, the new patch fixes issues caused by the Vaults of the Ancients update.

“Attention pirates! We need to do a spot of maintenance on the vault doors, which means that the Sea of Thieves servers will be offline for a short hotfix from 10am BST tomorrow, September 10th. Please plan your Voyages accordingly.”

It’s unclear exactly what the update will fix, although it clearly has something to do with the latest major game release.

As the name of the recent update suggests, Vaults of the Ancients adds brand new treasure vaults to the world of Sea of Thieves.

“The ancient people who once dwelt on the Sea of Thieves were known for the great Vaults they built underground or deep within the mountainsides,” reads the official description.

“Today’s historians may never grasp the true purpose of these hidden chambers, protected by devious traps and puzzles, but to this day there are those who use them to hide away their riches.

“Mounds of gold lie untouched in these Treasure Vaults, waiting for the light to shine on them once again…”

Players are encouraged by the Gold Hoarders to seek out the Vault Keys in order to prevent Flameheart’s minions from getting the loot.

“Repurposed from ancient Puzzle Vaults, these hideaways are still primed with tricks, traps and defences.

“Any pirate bold enough to unlock and enter one of the Vaults may find a small fortune inside – the question is, can they escape with it alive?”

To begin a Treasure Vault Voyage, players must first visit a Gold Hoarders’ representative at any Outpost.

The means in which you obtain the key and find the treasure all depends on your overall pirate rank.

“If you’ve reached rank 25 or higher, they’ll sell you a Voyage that makes use of a Golden Wayfinder compass to seek out a Vault Key, which you can either cash in or use to enter the Vault yourself,” Rare explains.

“If you haven’t yet reached rank 25 with the Gold Hoarders, Larinna has you covered for now – she’s taken over from Duke in the taverns while he takes a much-needed break at the Lagoon of Whispers, so speak to her for an alternative way to acquire a Treasure Vault Voyage!”

Elsewhere the Vaults of the Ancients update adds dogs to the Pirate Emporium, as well as a selection of new quests.