Home » News » Sea of Thieves: How to Complete the Shroudbreaker Tall Tale

Sea of Thieves: How to Complete the Shroudbreaker Tall Tale 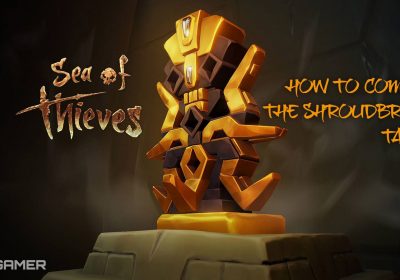 There are eleven Tall Tales found throughout the Sea of Thieves, each an epic adventure in a sprawling story arc that introduces you to some of the characters and secrets that make up the game. The first arc is known as the Shores of Gold, and encompasses the first nine Tall Tales, ending with the Shores of Gold These adventures are perfect for new and experienced players in Sea of Thieves, but the puzzles and navigation can still be tricky for players more used to waypoints. This story revolves around finding the legendary island lost in the mist that surrounds the Sea of Thieves.

Unlike the more emergent gameplay adventures that Sea of Thieves offers, where players can find their own fun and their own solutions, these Tall Tales are a more linear adventure, but change each time you play them. This guide will walk you through everything you need to do to complete the first Tale in the Shores of Gold arc, The Shroudbreaker.

How To Begin The Shroudbreaker Tall Tale In Sea Of Thieves 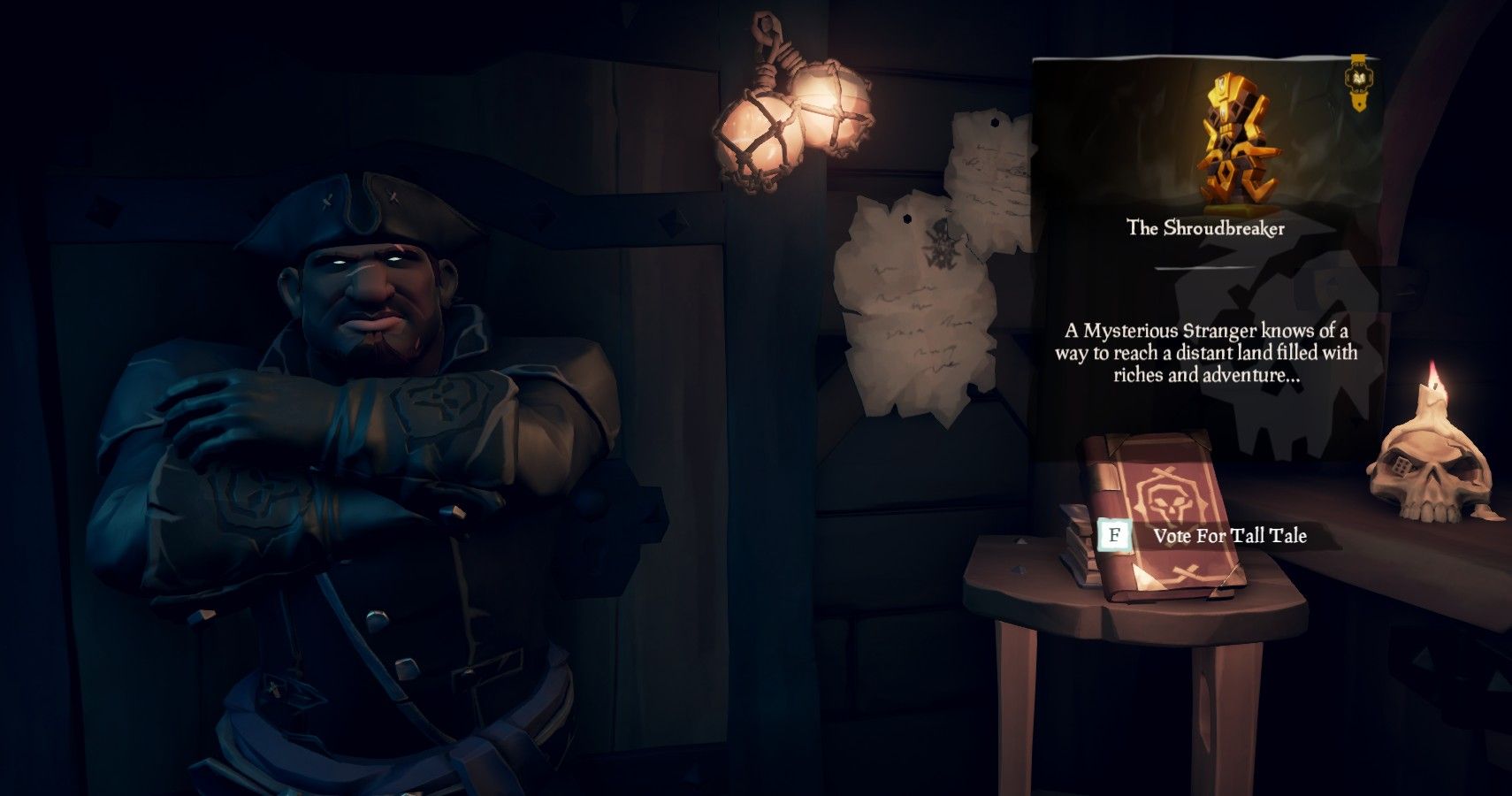 Like any other voyage in Sea of Thieves, The Shroudbreaker Tall Tale must be started by over half the crew of your ship voting for it. To do this you’ll have to find the Shroudbreaker book, which can be found next to the Mysterious in the tavern on any of the Outposts. The Tall Tale will take you across the Sea Of Thieves and onto, and under, several islands. This means that when you first loading in the Adventure Mode of the game, you can immediately cote for the Shroudbreaker since you always start in a tavern.

With that in mind its recommended you have at least one other crewmate with you so you can protect your ship if anything, or anyone, attacks during the voyage.

After over half of the crew have voted, the Tall Tale will begin with the normally stoic Mysterious Stranger telling the tale of the Magpie’s Wing and the Shores of Gold.

How To Find The Ship Log In The Shroudbreaker Tall Tale 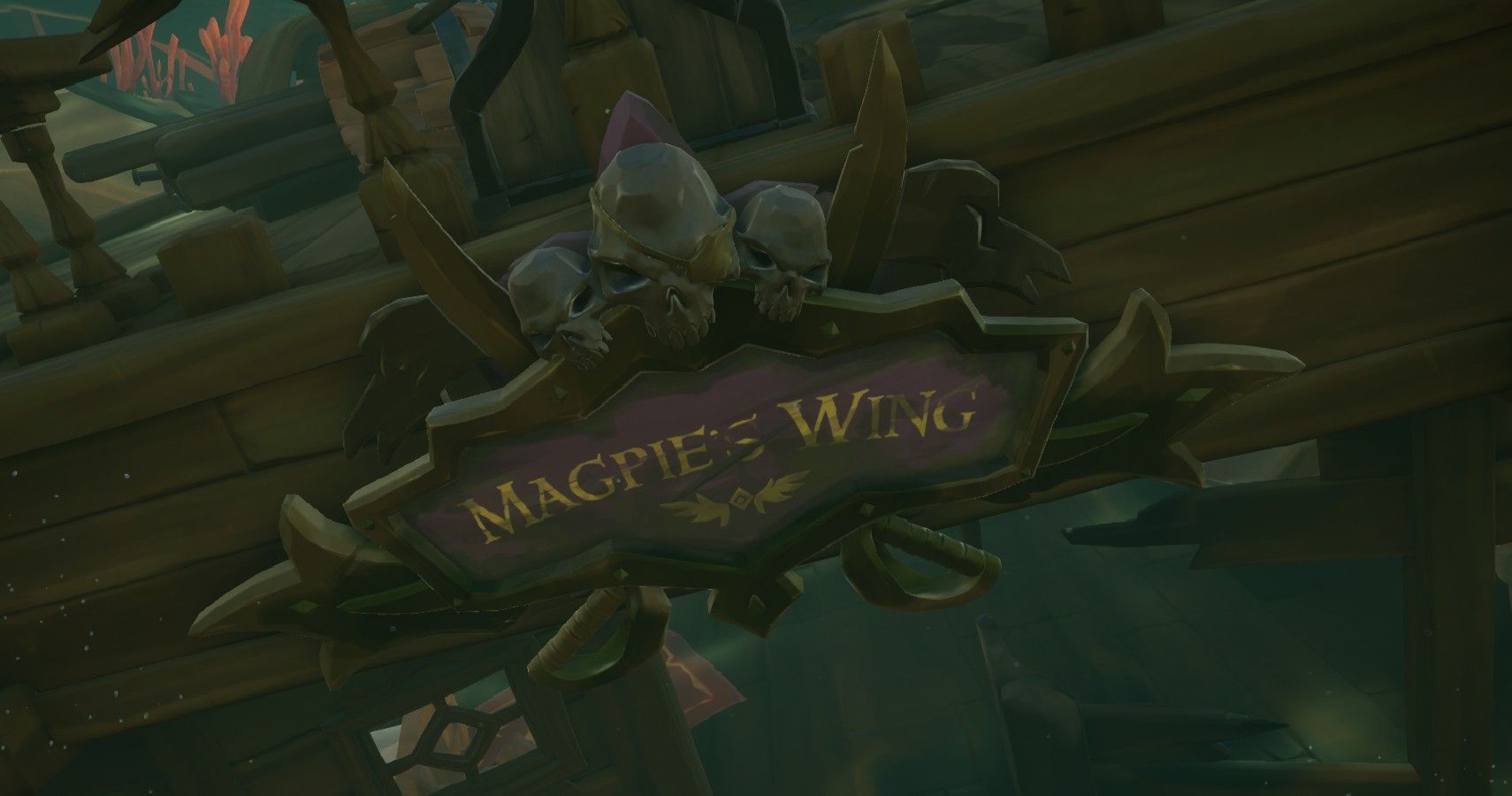 Once you’ve started the Shroudbreaker Tall Tale, you’ll find that you have a journal in your quest inventory detailing hunt for the Shroudbreaker, the legendary artefact that can pierce the mist surrounding the Sea of Thieves.

Unfortunately, the location of the key to the object was lost when the Magpie’s Wing was sunk off the shores of an uncharted island between Crooked Masts and Crook’s Hollow. To find the Shroudbreaker, you’ll first have to find the Ship’s Log here.

Head for the uncharted island at N-13, and swim around the edges of the coast until you come across the wreck of the Magpie’s Wing. There are a few sections of the ship and other wrecks scattered around but you are looking for the part that literally has the sign that says’s Magpie’s Wing on it. Once you’ve found that, you should find the Ship’s Log on the throne in the Captain’s Quarters.

How To Find The Ancient Chest In The Shroudbreaker Tall Tale 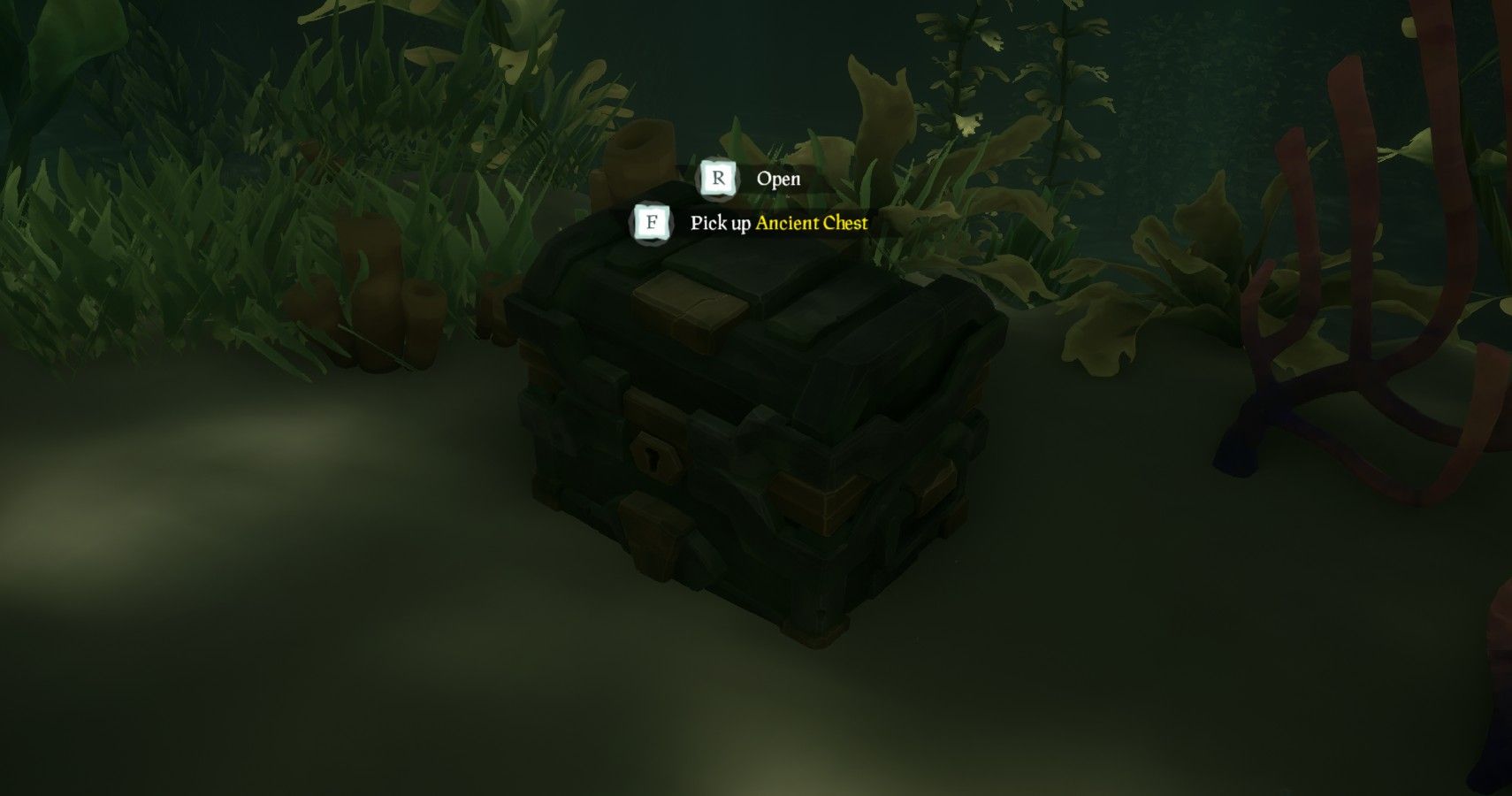 With the Ships Log now glued into the back of the Journal in your quest inventory, you can piece together where the Chest was thrown overboard and retrieve it from beneath the waves. The exact location of the chest can vary so you’ll have to determine with the log where this particular chest is found.

Looking at the log, you can see where the journey began, with each new entry giving you clues as to the location of the Magpie’s Wing, like the direction they were heading, or the islands they’re spotting. Using your map table you can follow these clues to work out where the ship was at each point.

A few of the more vague clues can be ‘a large tangled nest of islands’ which refers to Shark Bait Cove, and ‘a large with tall arches’ which is Thieves’ Haven.

One entry will mention the chest be cast overboard, but as you’re following the directions of the ill-fated voyage, you should know which island that is. Although the island in question can be more or less anywhere, it is nearly always in the Ancient Isles region. The log will also say what side of the island that was done, remember that, as it will be very useful when searching for the Chest.

Once you’ve arrived at the island look around for the chest glinting underwater. It won’t be too far from the shore but might be obscured by seaweed or coral. It will be called ‘Ancient Chest’ and will look unique compared to all the other chests you will have come across. Once you’ve found it, bring it aboard, and collect from it the last pages and the Totem you’ll find.

How To Find The Ancient Vault In The Shroudbreaker Tall Tale 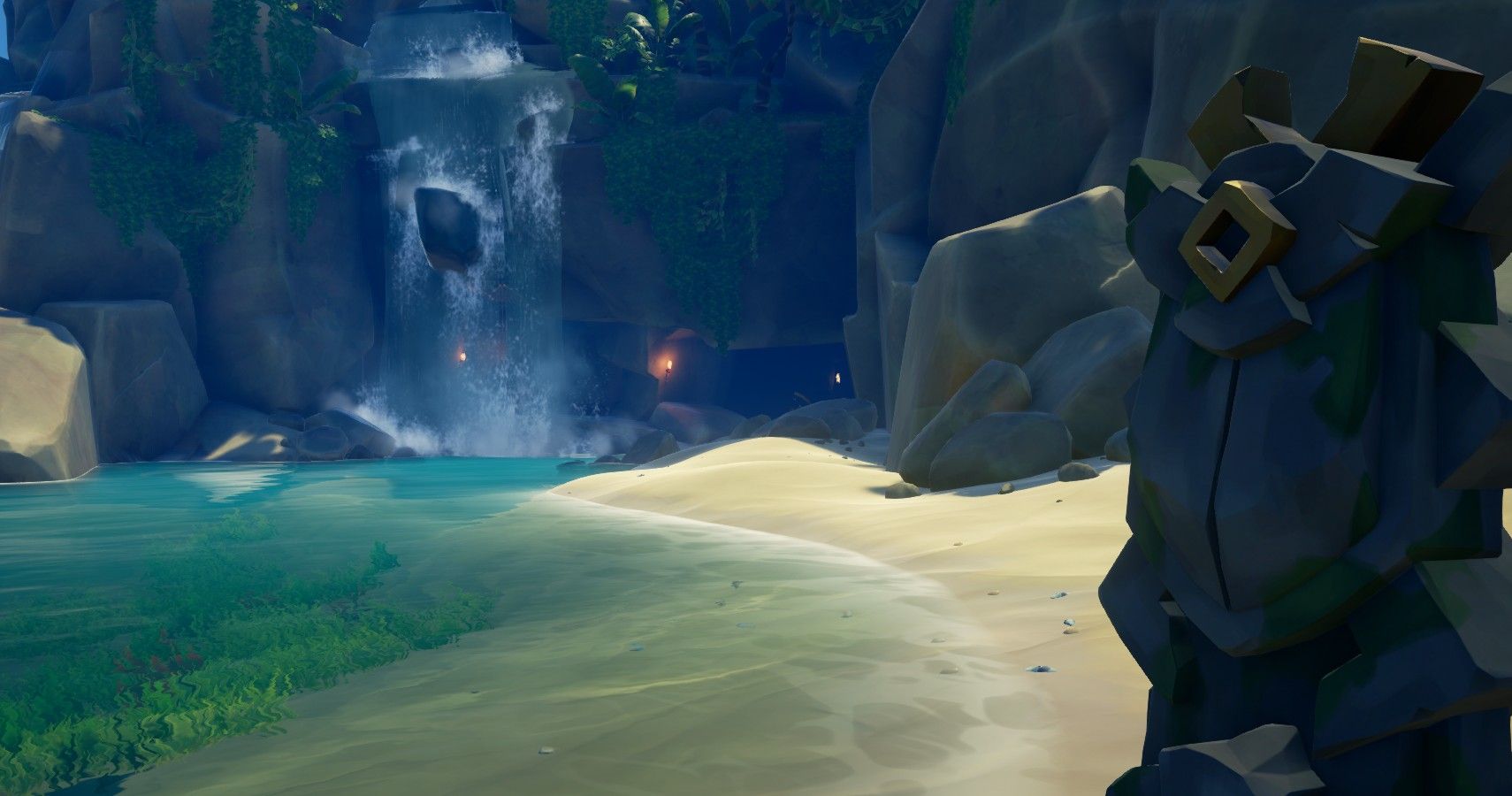 The final pages of the journal in your quest inventory will direct you to the island housing the Shroudbreaker artefact. Use the map table on your ship to find the correct island, but if that isn’t enough we’ve got you covered.

The Totems found in the Ancient Chest is the key to the Vault so depending on the what the statue is will tell you which vault you need to head for. There are six Totems that each point to six different vaults.

The Boar Totem Vault can be found on Devil’s Ridge

The Moon Totem Vault is found on Crescent Isle

The Scarab Totem Vault is over on Crook’s Hollow

The Shark Totem Vault is found somewhere on Kraken’s Fall

And the Snake Totem Vault is found on Mermaid’s Hideaway

Once you know which island you need to reach, set sail with the Totem in hand to reach the Ancient Vault.

Onshore at the right island, you’ll have to find the vault door and place the Totem down to open it. The vaults can be found by looking for paintings that match the Totem animal or object, and the Totem place will be a small carved square nearby.

On Devil’s Ridge, The Vault Entrance can be found on the southeast beach surrounded by paintings of the boar heads.

On the Uncharted Isle you’ll have to swim to find it. Look for a underwater tunnel off the west coast of the island and follow it to surface in an underground cave covered in crab paintings and a square to place the Totem nearby.

On Crescent Isle, search the northern caves that can be accessed from the centre of the island. Look for paintings of the crescent moon and the square to place the Totem nearby.

On Crook’s Hollow, you can find the Vault Entrance in the cave behind the waterfall. Look for the Scarab paintings and the square to place the Totem on a nearby stone.

On Mermaid’s Hideaway, the Vault Entrance can be found to the northwest side of the island, near a large archway with an ammo chest inside. The Totem Square is on some rocks nearby.

On Kraken’s Fall, the Vault Entrance is under the northern side of the large archway that dominates the island. The Totem square can be found on some nearby rocks.

How To Solve The Ancient Vault In The Shroudbreaker Tall Tale 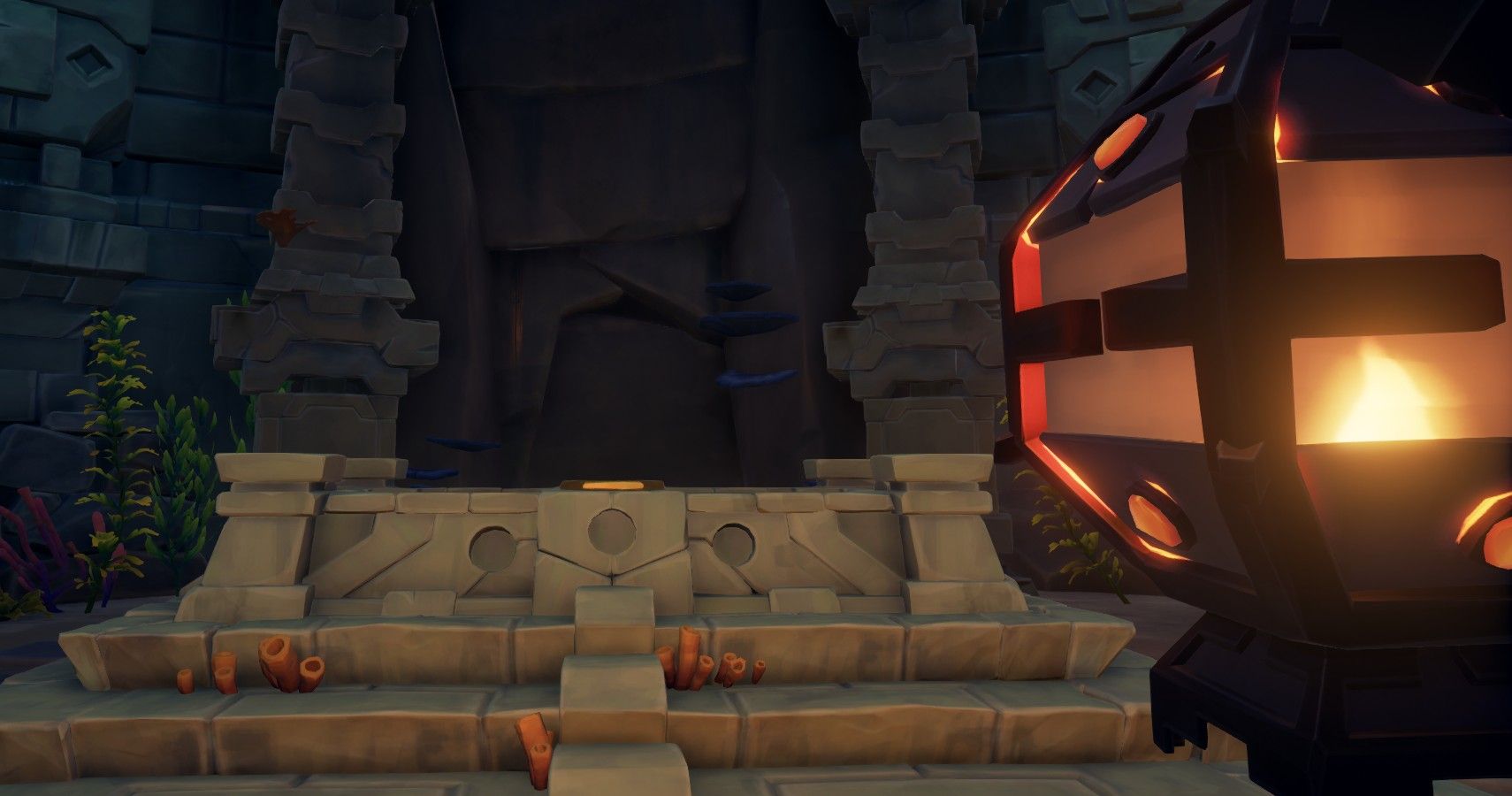 Once you’ve managed to find your way into the Vault, you’ll be met with a large altar, some braziers, and four pillars. Light the braziers to start the puzzle and seal yourself inside the Vault. You’ll notice that symbols on the pillar begin to glow as the room slowly fills with water.

Use the last page of the Shroudbreaker journal to solve the puzzle, aligning the symbols on the pillars in the way they are drawn in the journal and in the same order. Start with the solution on the top of the page, and press the button on the altar to finish the sequence and begin the next one. You’ll have to complete multiple puzzles but you can see the solution on the last page.

How To Find The Vault Medallions In The Shroudbreaker Tall Tale 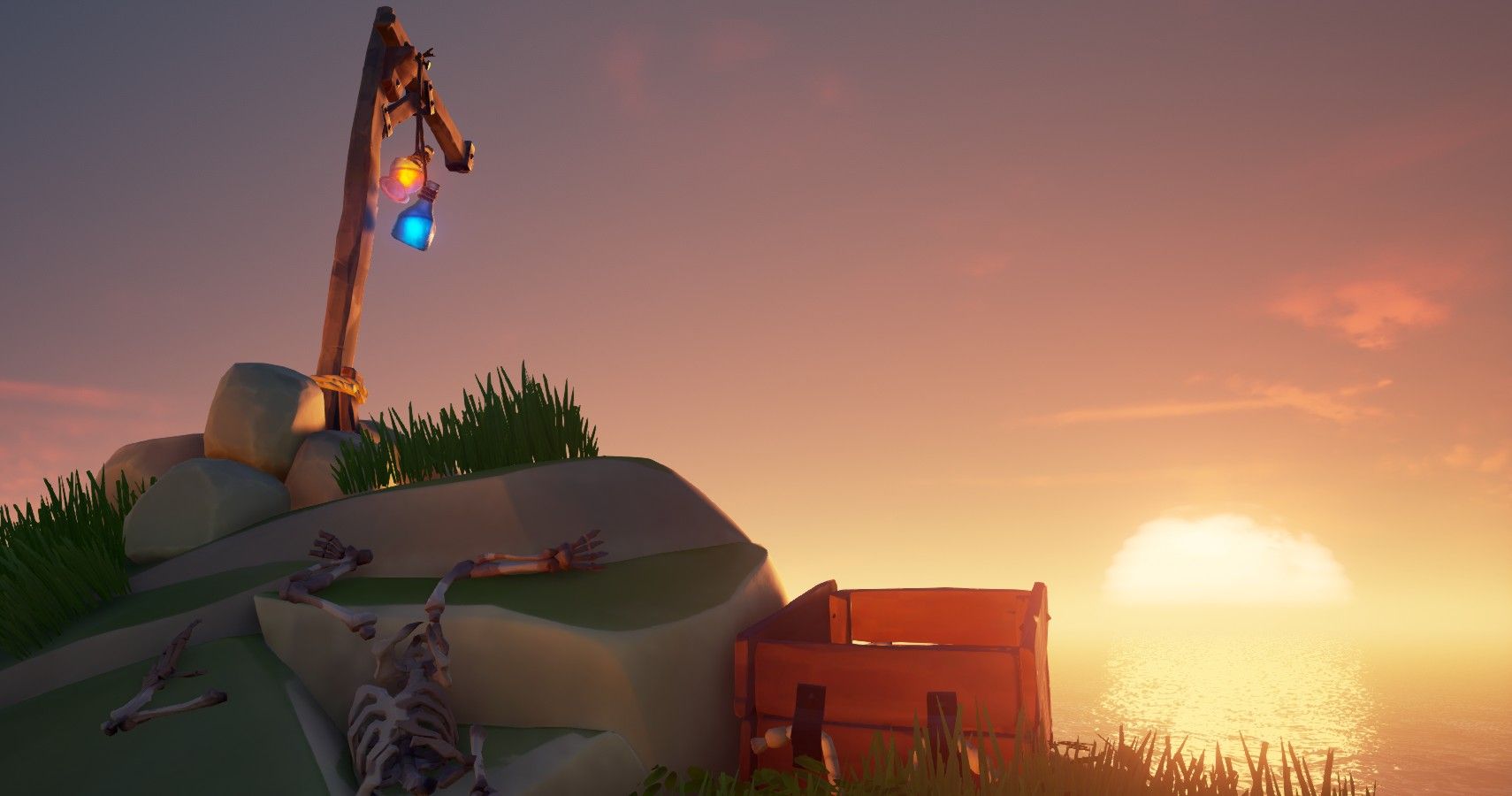 Once you’ve done that, the water will cease and the door will open. On the altar an image will appear of a location on the island you are currently on.

This is the location of the Vault Medallions that you will need to open the final chamber where the Shroudbreaker is housed. Look for unique landmarks or recognisable configurations of stones or plants in the image to help identify the spot in question the set out with your shovel to dig up the location. Each time you dig one up, you’ll have to face off against some Skeletons so make sure you’ve got some fruit and are ready for a fight.

The exact locations can change, so you’ll have to find you’re them on your own, but use the information provided to try and narrow down the location and make your search easier. Try and look out for cliffs or beaches that can help determine what level the island is on, as well as any outstanding landmarks or paintings that can direct you to the right area.

Return the Medallion to the altar and the image will change, so you’ll have to repeat this step three times to find all the Medallions. Once the last Medallion is in place, the final chamber will open and the Shroudbreaker will be within your grasp.

Once you’ve grabbed the artefact all you have to do to complete the Tall Tale is return it to the Mysterious Stranger at any Outpost. Look out though as many skeletons will spawn on the island prevent you from leaving, so you’ll want to flee to your ship rather than fight the hoard.

Back at the Outpost, hand the Shroudbreaker to the Mysterious Strange to complete the Tall Tale.

Next: A Skeleton Ship And A Rowboat – How One Anecdote Made Me Fall In Love With Sea Of Thieves 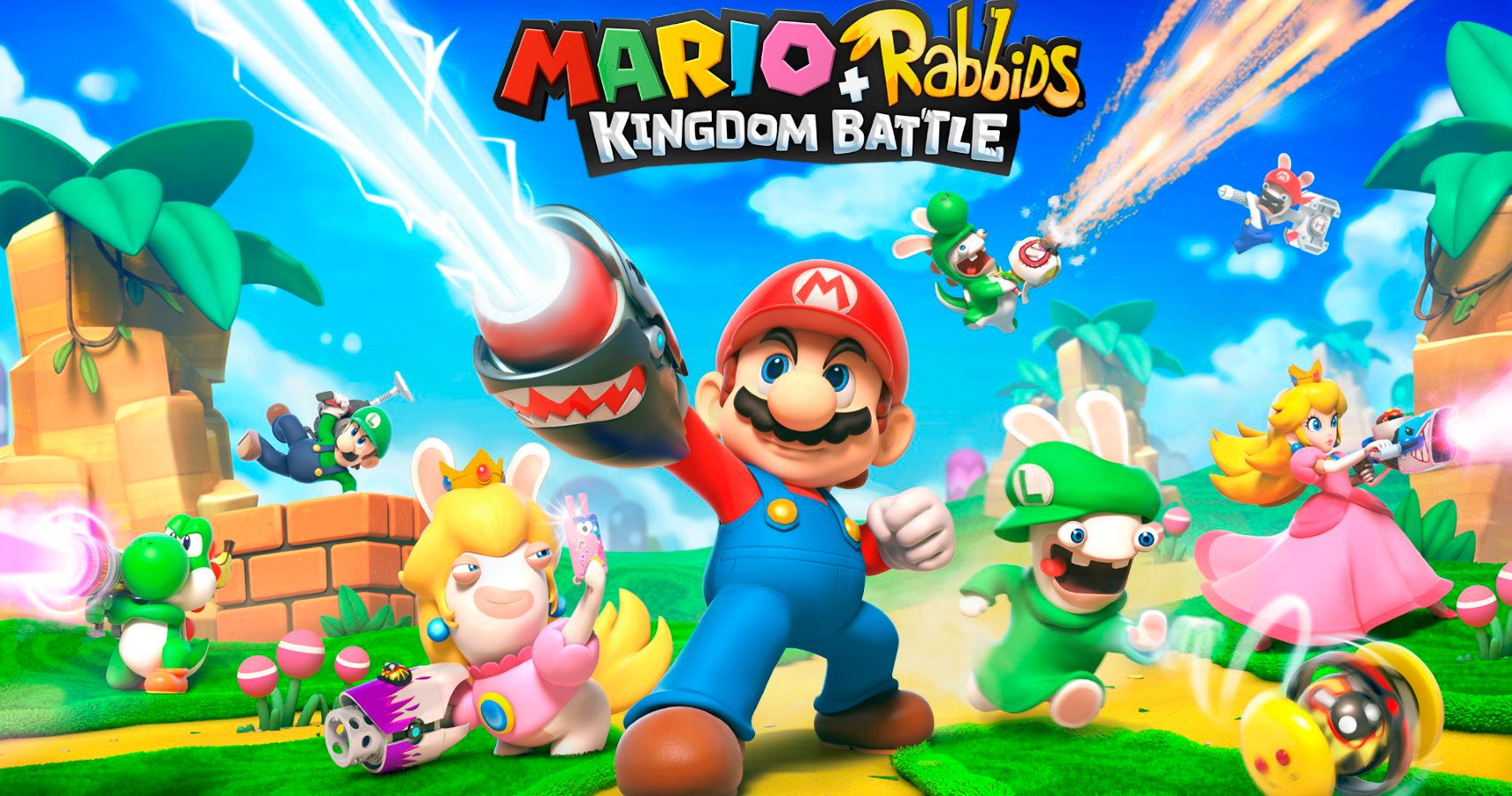