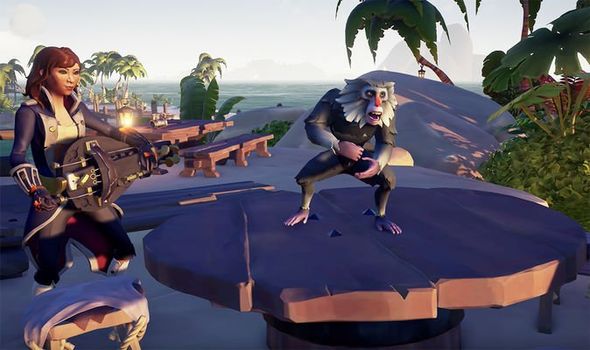 Sea of Thieves has been taken offline ahead of the latest Xbox One and PC update.

The Sea of Thieves server downtime is scheduled to last for more than four hours, culminating at 4pm BST in the UK.

Fans will be able to download the latest update during the downtime, so check back later for the full list of patch notes.

The news was announced on the Sea of Thieves Twitter page, alongside a small taster about what to expect.

“The Sea of Thieves servers are now down until 4pm BST so that we can bring you pets!” reads an official tweet.

“Oh, and the rest of the Smuggler’s Fortune update as well, yes. Hopefully the Order of Souls can find somewhere to put all of those Dark Relics…”

Pets will be available to purchase from the game’s new Pirate Emporium shop.

Players will be able to purchase the pets with a new form of premium currency known as Ancient Coins.

Ancient Coins can be purchased with real-world cash, or by defeating Ancient Skeletons.

“These can be purchased directly from the Xbox Store or from the Emporium in-game, and they are available in five bundles ranging from 150 coins costing $1.99 to a bundle of 4,250 coins at $34.99.

“Ancient Coins can also be found emergently in-game by finding and killing Ancient Skeletons, but these encounters will be a rare surprise so make sure you keep your wits about you and take them down when they do appear!”

Rare also explained more about the in-game store, describing it as transparent and fair.

“With Sea of Thieves having been live for 18 months now, the time feels right to finally add a premium store,” Rare continues.

“It’s an important step forward for us and will help ensure the game’s long-term sustainability. That said, this wasn’t a decision we made lightly, and we have tried to bring the Pirate Emporium to the game in a way that respects our players and community.”

According to Rare, everything contained within the shop will be optional, and won’t have an impact on abilities, stats or power.