Home » News » Second Extinction: Every Dinosaur Type In The Game

Second Extinction: Every Dinosaur Type In The Game 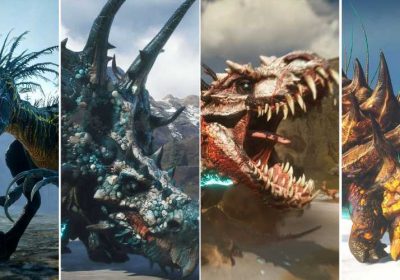 Second Extinction pits you and your team against hordes of mutated dinosaurs. Survival of the fittest has made the already-dangerous reptiles into killing machines, so you'll need every advantage you can get to survive each mission. Knowing what dinosaurs are out there can give you the edge you need.

We've compiled a list of every dinosaur currently in the game. A little knowledge is a dangerous thing – especially for the packs of hostile lizards you'll be hunting! 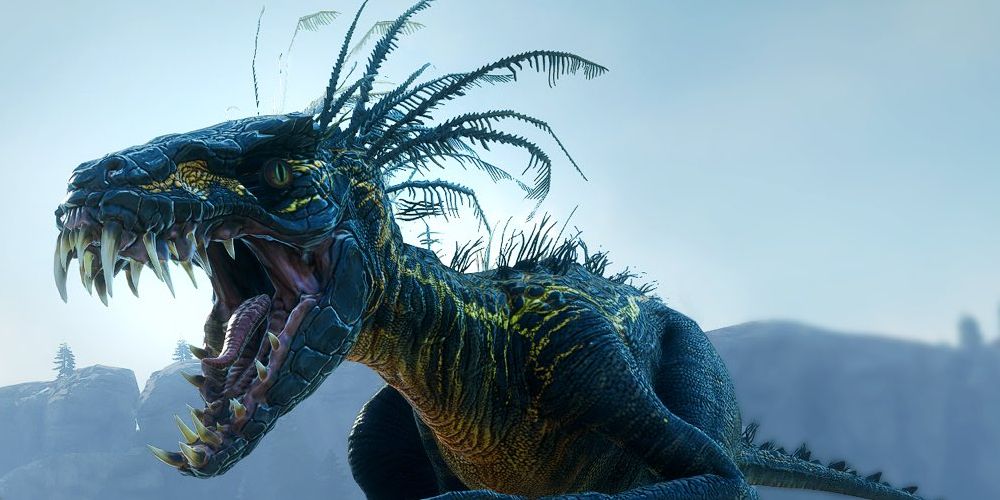 The standard Raptor is the most common dinosaur in Second Extinction. They travel in packs, so if you see one there are sure to be more nearby. They make use of their speed to quickly close the distance to their prey, leaping across large distances in a single bound. Keep moving and don't let them corner you as you whittle down their numbers. Raptors are clever girls – they will sometimes hunt alongside a larger dinosaur, so don't let your guard down. 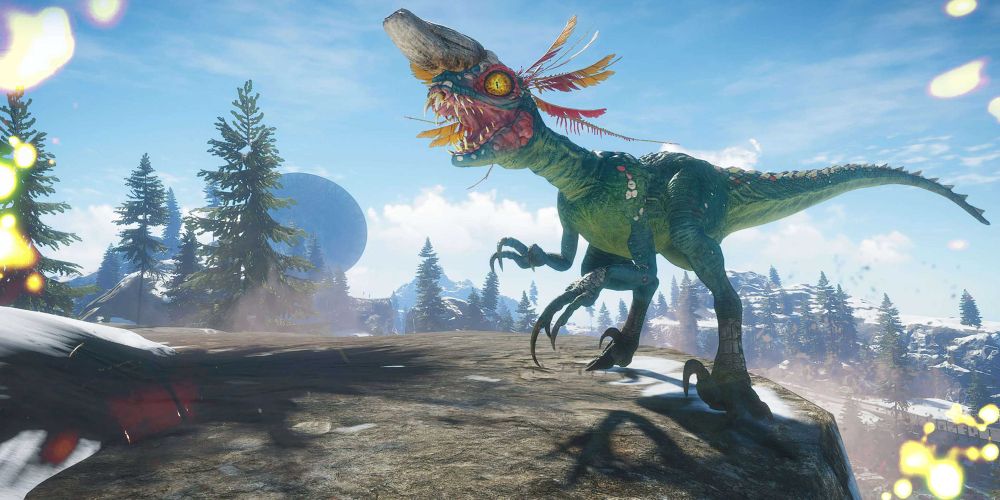 Watchers are usually seen apart from the rest of the pack. They are able to quickly call for help, so eliminate them on sight unless you're looking for a fight. Thankfully these scouts are the weakest dinosaurs currently in the game, so taking them out should be fairly easy – assuming you see them in time. 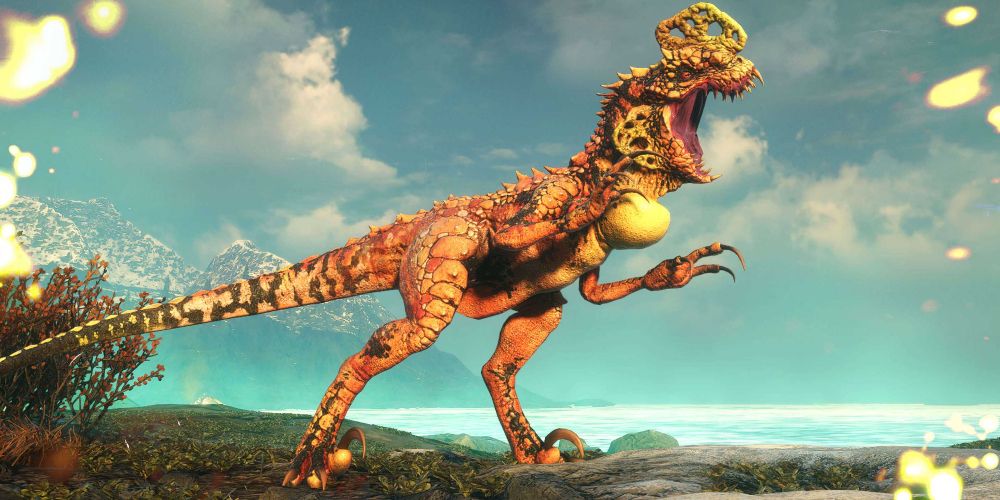 Unlike most dinosaurs, the Acid Raptor can attack from range. Not only does their acid projectile serve as their primary attack, but this species can also spew its venom onto the ground, creating a hazard. The Acid Raptor is best fought up close, where it will struggle to bring its acid spray to bear. 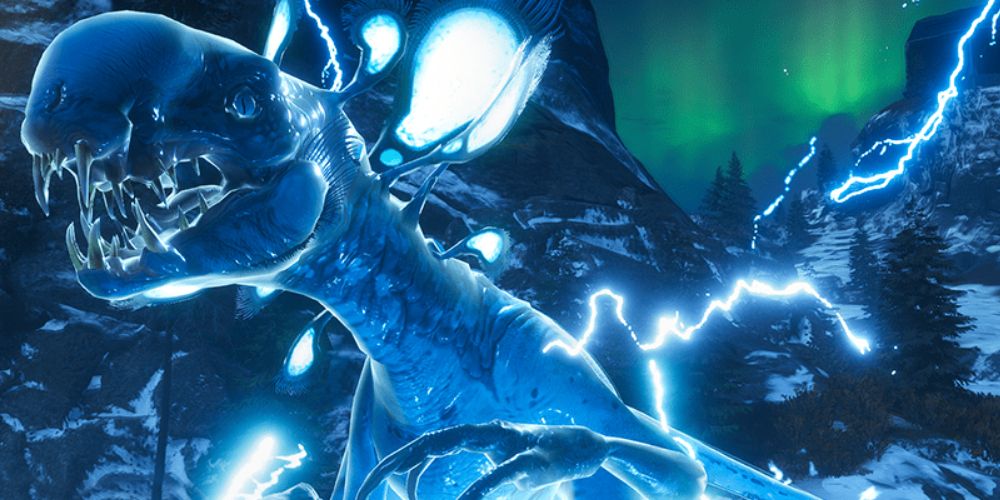 Electro Raptors are lightning-fast; they move even more swiftly than their standard counterparts. They can also generate a powerful electric shock capable of stunning their prey. The safest way to deal with them is to give them a taste of their own medicine, stunning them by any means necessary. This will keep them in one place long enough to finish them off. 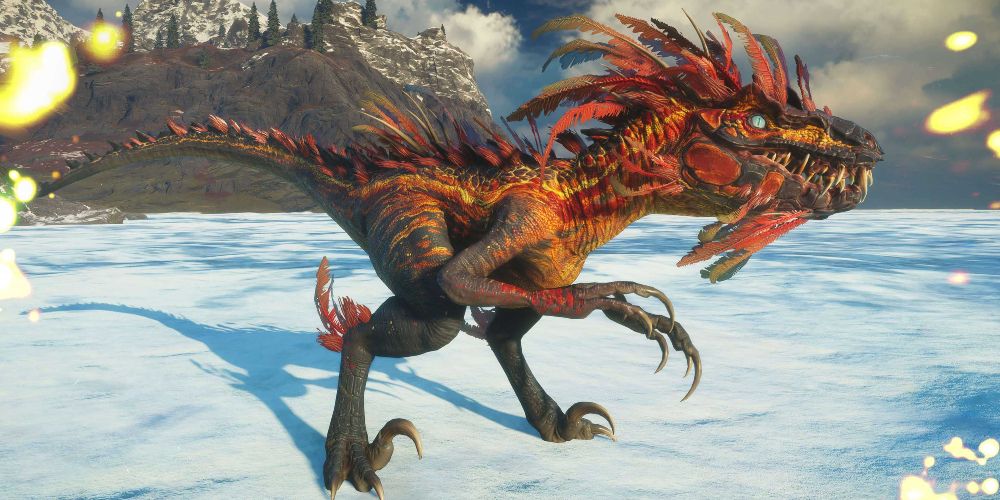 As its name implies, the Alpha Raptor is the largest and most dangerous member of the pack. The Alpha can buff other dinosaurs nearby, so it should be a priority target. When in doubt, just look for the dinosaur with the biggest feathers and fire away. 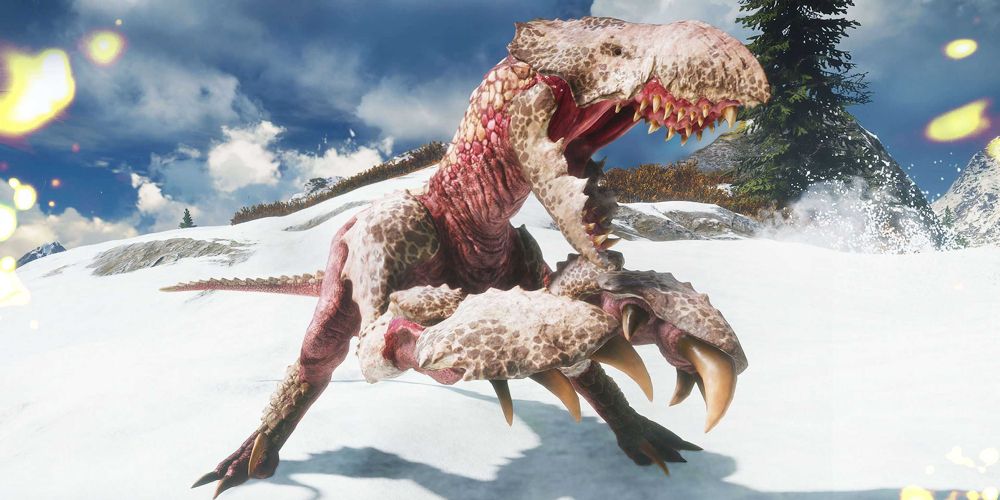 The Digger is covered in armored plates, potentially making it difficult to bring down. It is also capable of burrowing underground; be alert so you aren't caught unawares from below. When fighting a Digger, aim for the pink fleshy bits around the throat, hindquarters, and joints. If you have access to explosives, these can be used to blow off chunks of armor and make the Digger easier to kill. 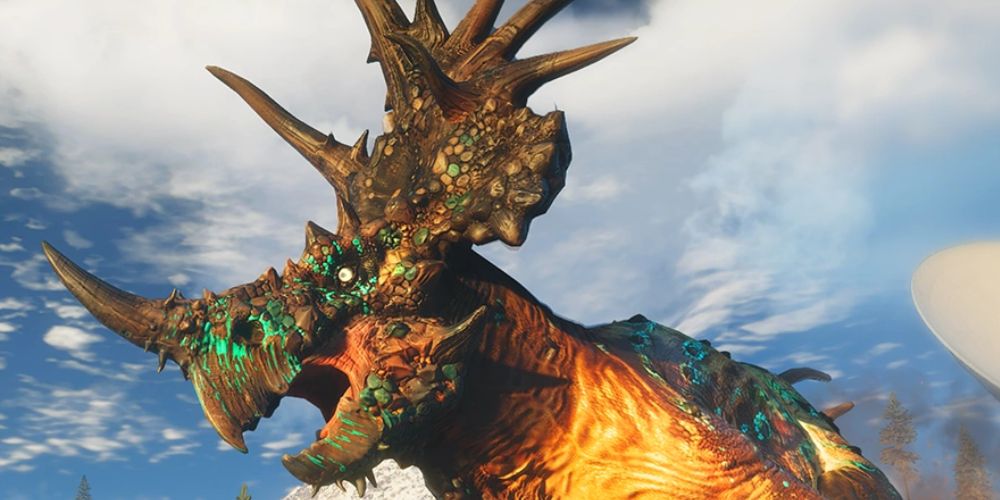 Bulls are large and strong, with a charge attack that can deal heavy damage. The plates on this species' head make it almost immune to damage there, so you'll need to aim for its legs and flanks to bring it down. This is easiest if you evade its charge then immediately open fire as it passes. 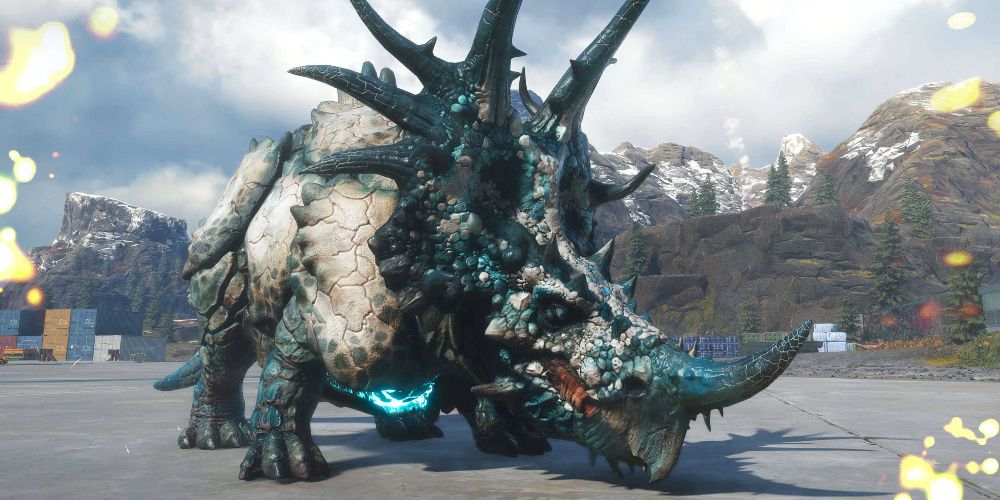 If the standard Bull doesn't provide enough of a challenge, the Armored Bull is sure to deliver. Covered nose-to-tail in thick plates, the Armored Bull is almost completely immune to damage. You'll need to remove the plates to have any hope of defeating it; use explosives for the best effect.

If that isn't an option, coordinate with your team to focus fire on a specific area of the Armored Bull's body, wearing down the plating in that one spot and eventually breaking through to the flesh beneath. 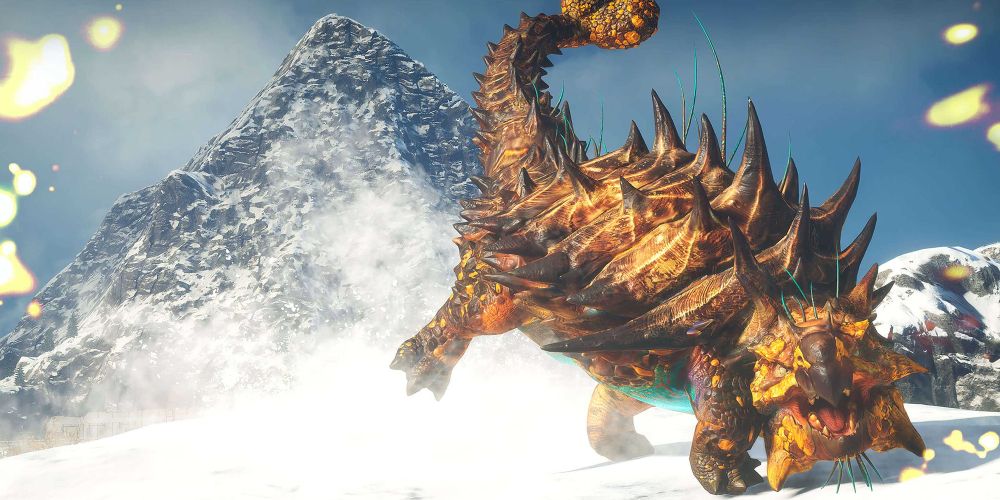 The Flatback is a dangerous melee opponent, so spread out and keep your distance when fighting one. This species has some of the toughest armor in the game, but its underside is unprotected. You can shoot the Flatback's underbelly during its rolling charge attack, or attempt to knock the dinosaur over with explosives. Once the creature is on its back, have everyone shoot it before it can right itself. 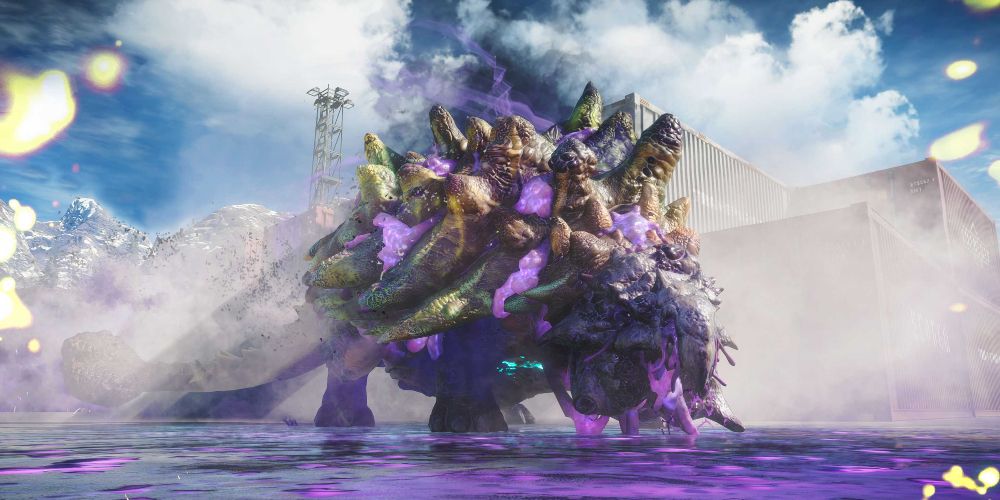 The Necrotic Flatback fights almost identically to its standard variant. Additionally though, can create pools of toxic purple goo which are hazardous to players. Unlike many other species of dinosaurs in Second Extinction, the Necrotic Flatback can cause spontaneous mutations in nearby Raptors, transforming them into Neurotoxicity Raptors.

If at all possible, try to eliminate this armored monstrosity before that happens, using similar tactics to those you would use against a standard Flatback. 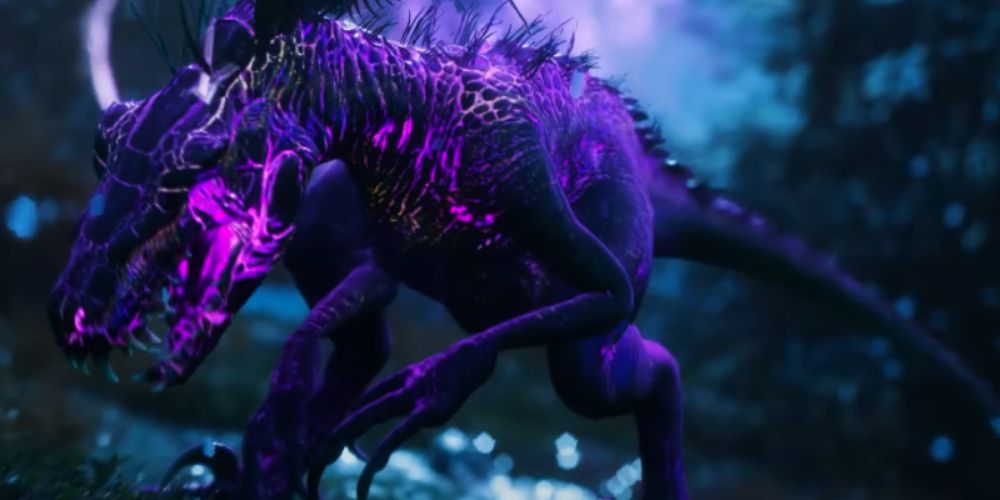 The Neurotoxicity Raptor only appears when a standard Raptor is exposed to a Necrotic Flatback. The newly-mutated dinosaur will soon explode in a spray of toxic fluids. The best way to deal with them is to spread out, keep your distance, and kill the Neurotoxicity Raptors before they explode. 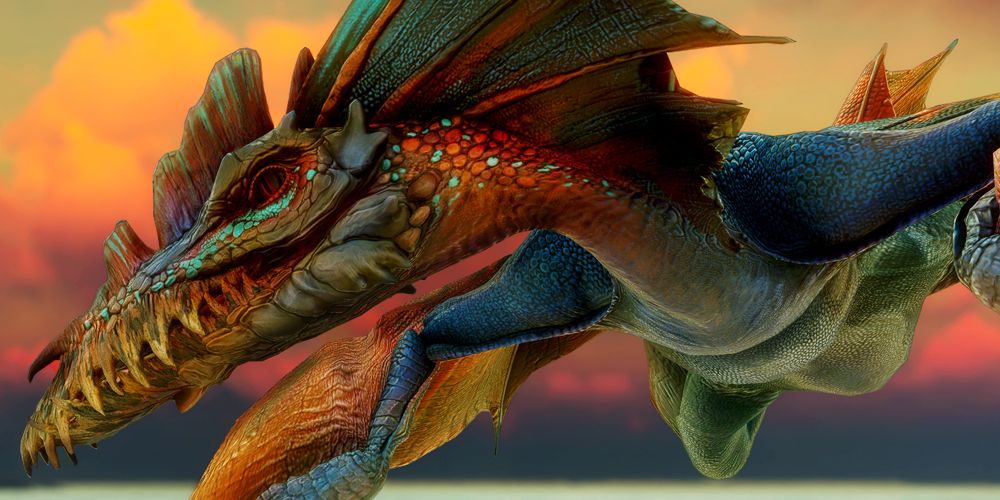 What's more dangerous than a Raptor? How about a flying Raptor? Dashers are capable of striking from above, so when they are around there is nowhere to hide. Luckily, they only appear during Emergence Events, so you'll at least know whether or not to expect them when entering a mission. 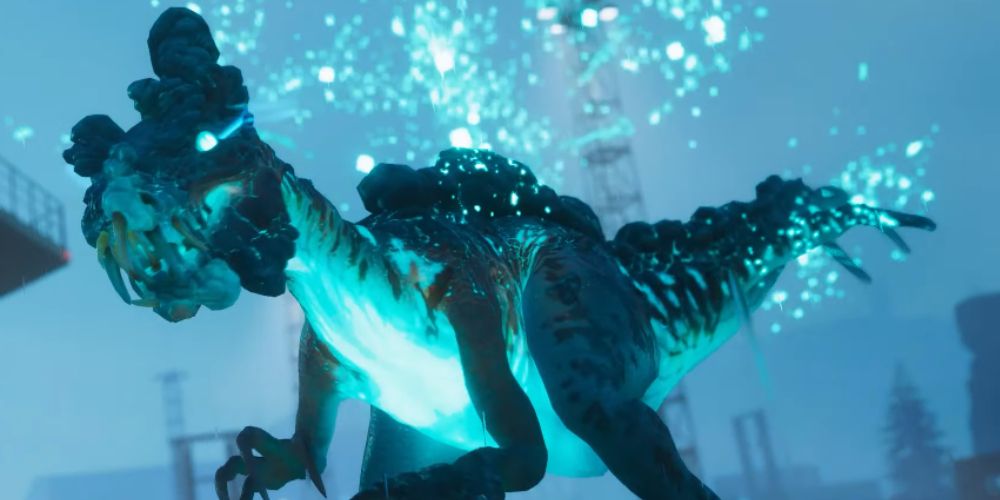 Given enough time without human interference, a nest of Raptors can become faster, stronger, and much more dangerous. If you enter an Emergence Event where the Overmutated Raptor has been allowed to breed, be ready for a real fight. Dealing with these critters requires all the same tactics as the standard Raptor, but you'll have to bring your A-game if you want to survive the onslaught. 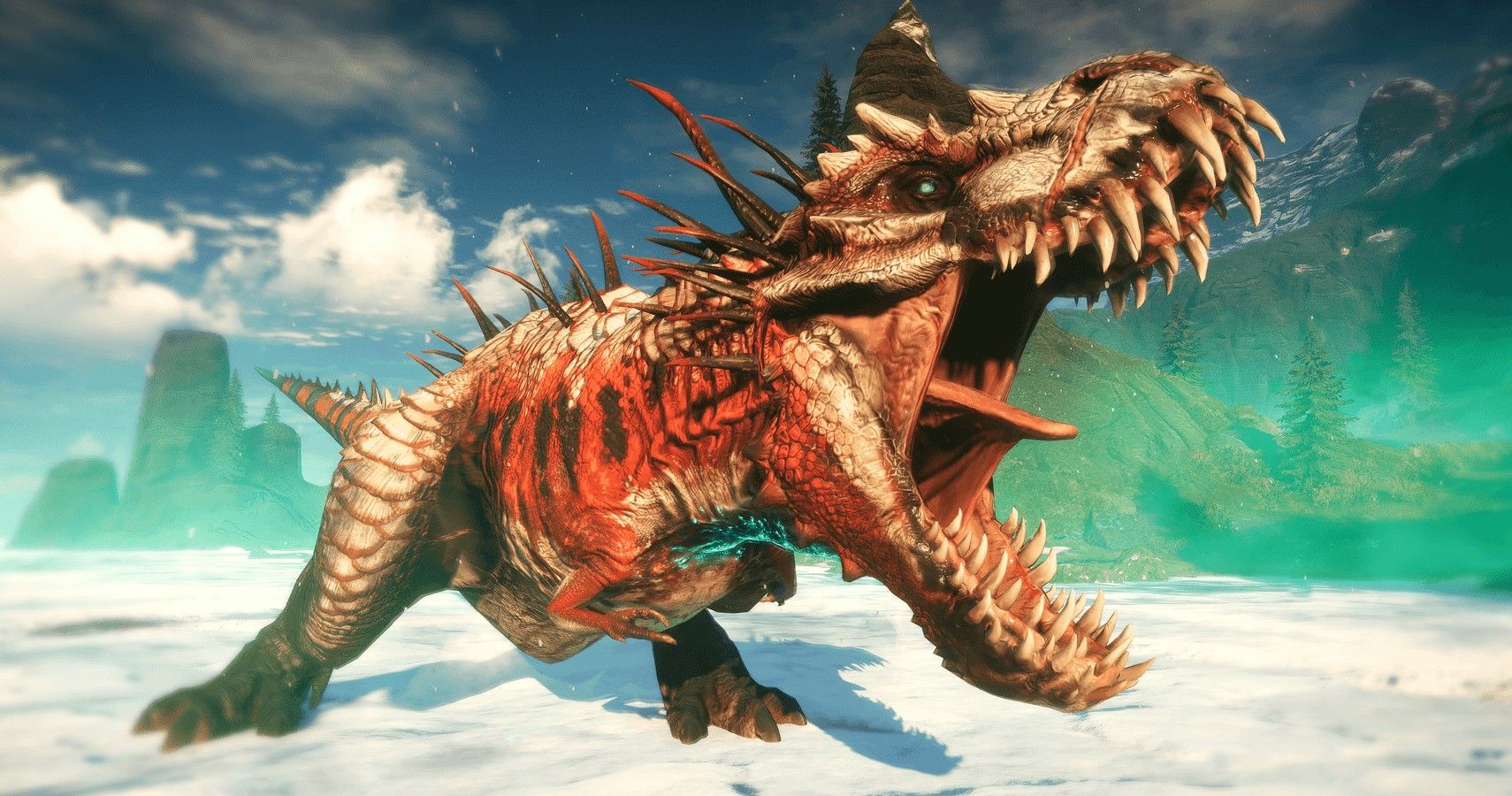 It was inevitable that the biggest beast in a game about dinosaurs would be a T-Rex. This is the ultimate predator in Second Extinction, and any encounter with one is likely to be the most dangerous part of a mission. Thankfully, we have an entire guide on how to bring down the mighty T-Rex – check it out below!