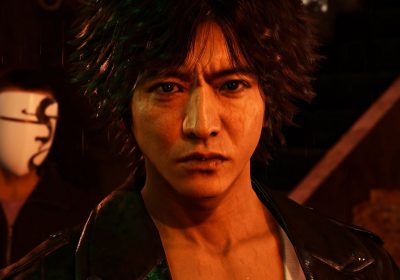 Sega has broken the hearts of PC Yakuza fans everywhere by confirming that Lost Judgment will not be coming to PC any time soon.

A number of Twitter users and Yakuza news site Tojo Dojo noticed that code found on the Sega Japan website looked like it was confirming the existence of a potential Steam release for Lost Judgment. The code has now been removed, likely a result of a few people noticing and Sega not wanting to give people false hope. Unfortunately, for all you Yakuza fans out there who play on PC, Lost Judgment is not coming to PC just yet.

According to an email sent by a Sega rep to PC Gamer, the game is only set to release for PS4, PS5, Xbox One, and Xbox Series X. While the code found on Sega Japan’s website might hint otherwise, Sega claims that is “has no plans to bring Lost Judgment to PC at this time.” This news isn’t particularly surprising when you consider that the first game in the series still isn’t on PC either.

However, there’s still a smidgeon of hope left for PC players out there hoping one day to play Lost Judgment. Sega’s cryptic inclusion of “at this time” leaves the door open for a potential PC port in the future, and mainline Yakuza games have been making their way to PC steadily over the past year. It feels like only a matter of time before we finally see a PC announcement of either the original Judgment or Lost Judgement.

In case you missed the announcement, it has been confirmed that Judgment will be getting a fully-fledged sequel called Lost Judgement. The game will be releasing later this year on PS4, PS5, Xbox One, and Xbox Series X on September 24th and sees the series protagonist Yagami heading to Yakuza: Like A Dragon setting Yokohama to investigate a grizzly murder.

Judgment was also recently released on next-gen consoles for those wanting to jump into the series, with a free next-gen upgrade for those who already own the game.