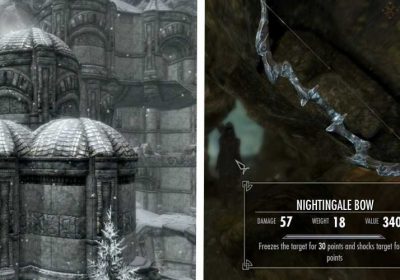 You have been working your way through quests for the Thieves Guild in Skyrim, getting one step closer to finishing the questline. The second to last quest, titled Blindsighted, will take you far from Riften where most of the previous quests have occurred, all the way to Irkngthand.

In this guide, we are going to go over a step-by-step guide on how to complete the Blindsighted quest; this will include rewards that you receive upon completion. First, let's take a look at previous quests you will need to complete before you can take on Blindsighted. 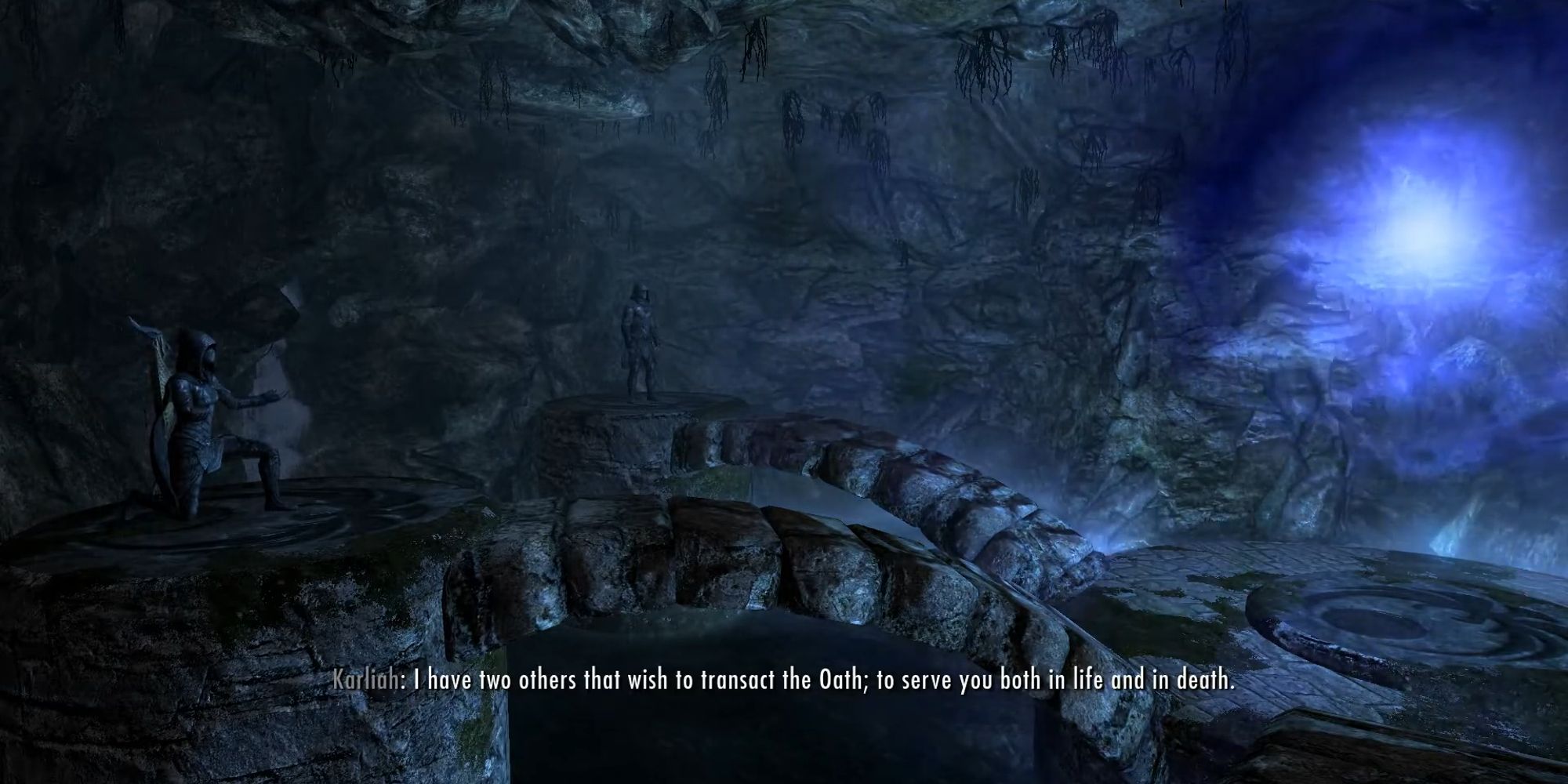 Below, you can find the quests that you will need to complete before starting Blindsighted. All of these quests are part of the Thieves Guild questline.

This may seem like a lot of quests to keep track of, but thankfully, each of the quests will lead into the following quest. For example, after finishing The Pursuit, you will automatically receive Trinity Restored. You will not have to go too far out of your way to accept any of these quests. 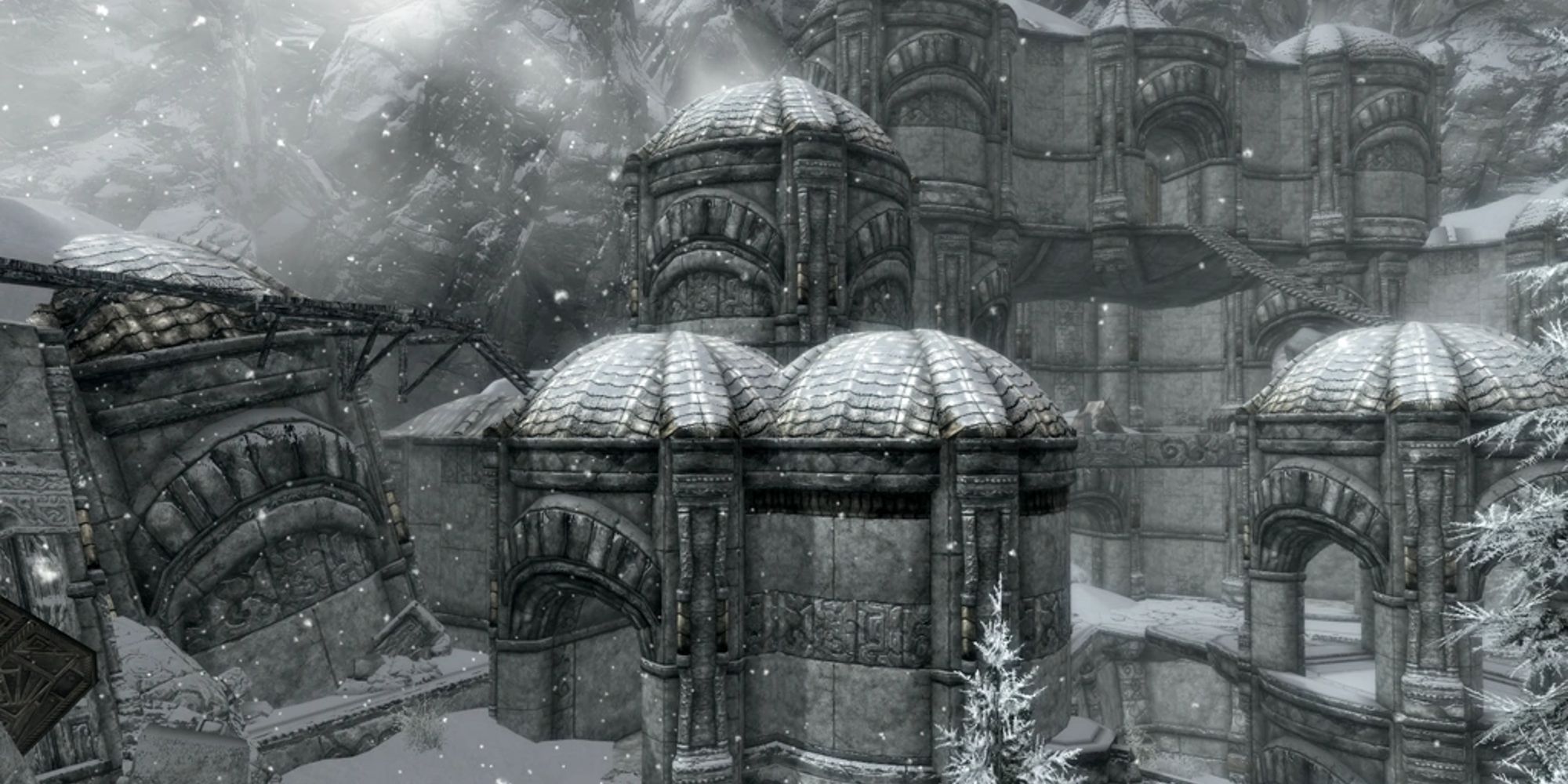 After completing Trinity Restored, you will automatically receive Blindsighted from Brynjolf. At this point, you will be inside Nightingale Hall, which is just south of Riften.

Upon speaking with Brynjolf, he will instruct you to travel to Irkngthand, where Mercer Frey is supposedly stealing the Eyes of Falmer. 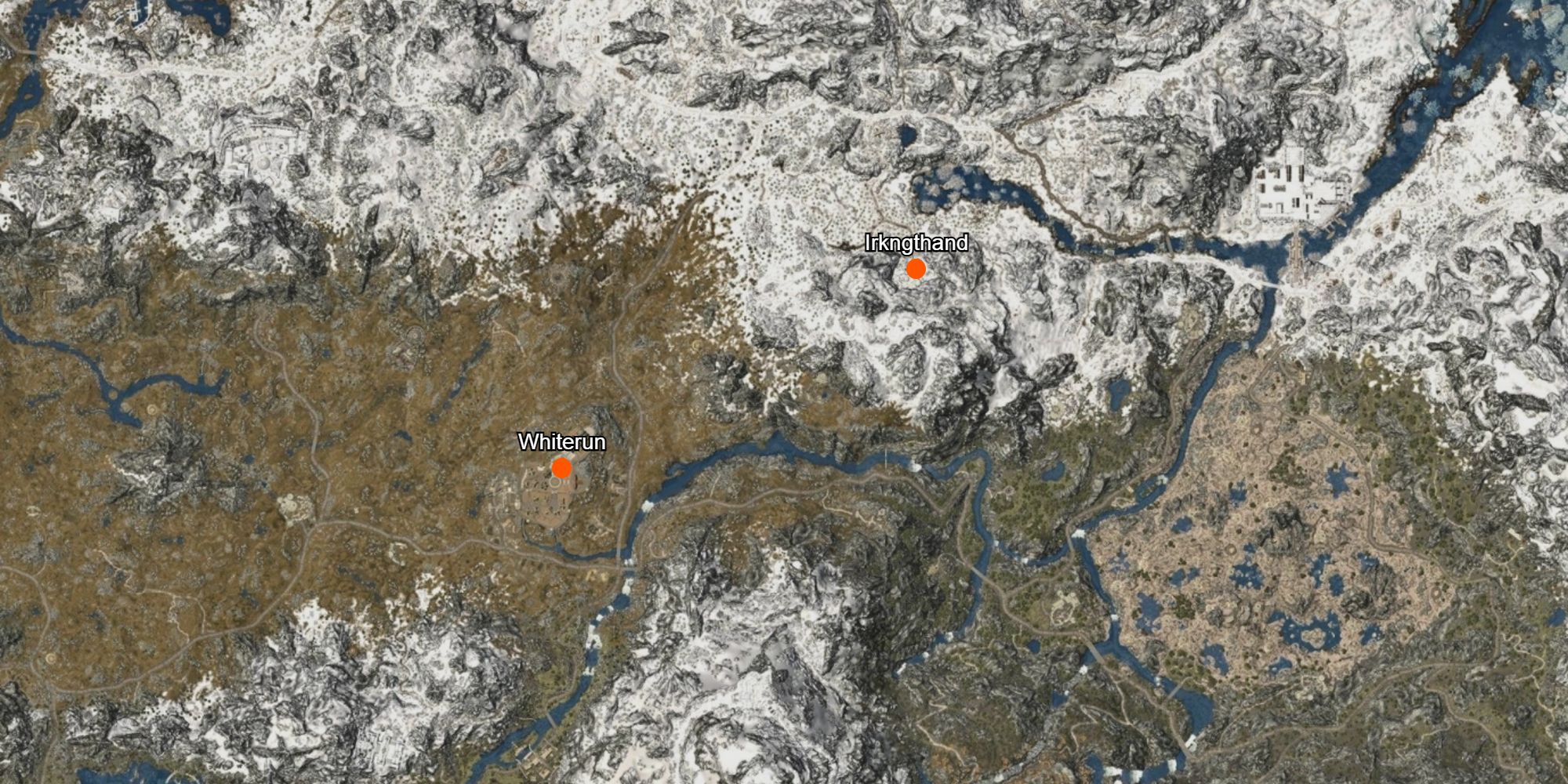 Irkngthand is a large Dwemer Ruin filled with bandits and Dwarven automatons, located to the west of Windhelm. To get here quickly, start from Windhelm and head west. Additionally, you can get to Irkngthand by starting in Whiterun and traveling northeast. Once you make it to Irkngthand, you will need to either deal with the bandits or sneak by them.

With the bandits taken care of, it's time to get inside. You will notice a gate with an unreachable lever. Head to the right and sneak through a small passage while killing any bandits that stand in your way. Make your way to the top of Irkngthand and enter the door inside.

Now that you are inside Irkngthand, it's time to find Karliah and Brynjolf. The path inside is pretty straightforward; be cautious of any Dwarven automatons since they can be quite the formidable foe. Continue following the path until you come to a lift that will take you to the Grand Cavern, where Brynjolf and Karliah will be waiting for you. 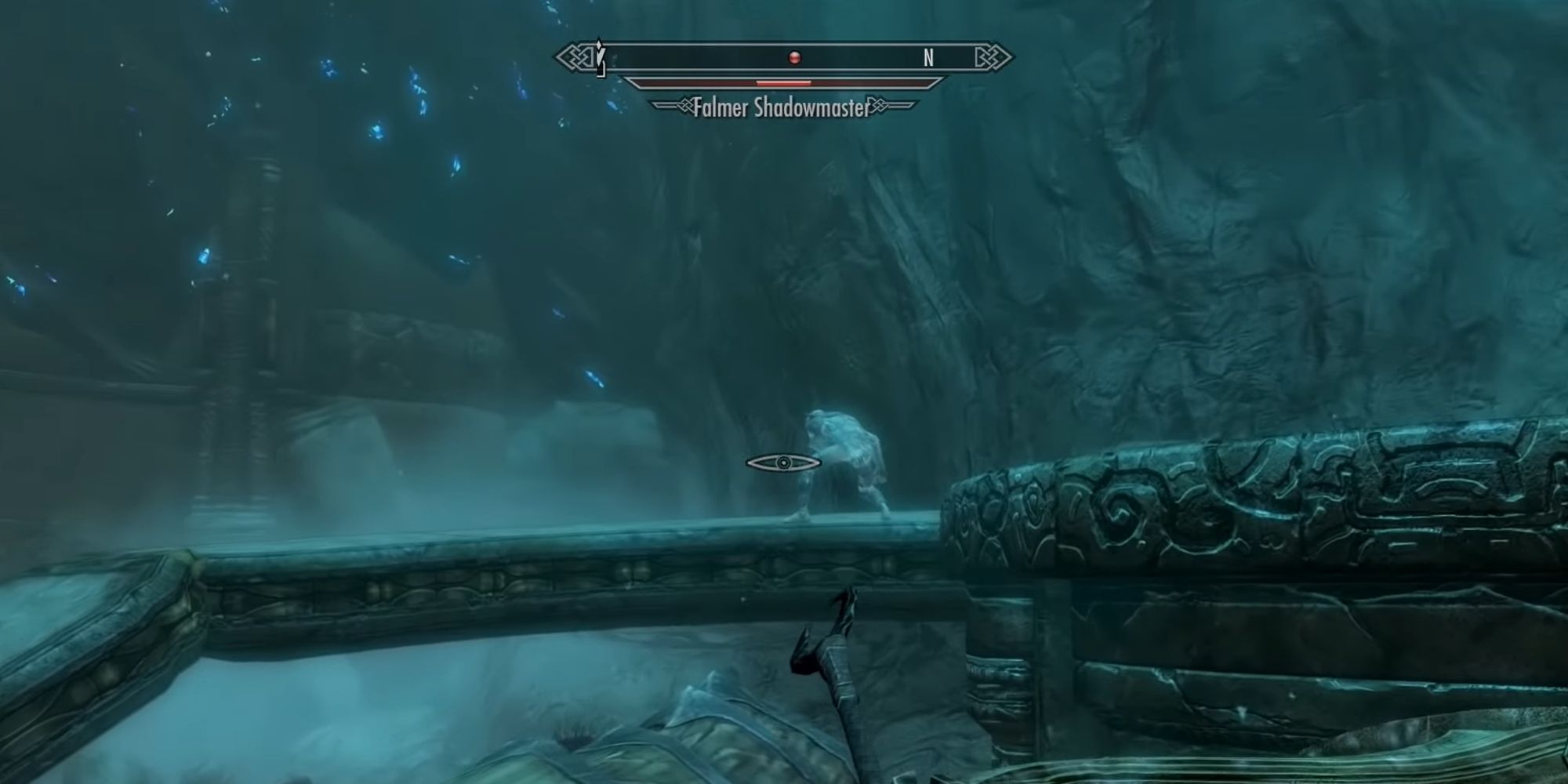 After regrouping with your friends, you will need to find and kill Mercer Frey. Unfortunately, the area will be full of traps that Mercer has created. Below, you can find a detailed walkthrough to get to Mercer.

While you make your way to Mercer, Brynjolf and Karliah will be fighting alongside you. They are great warriors, so the enemies should be taken down in no time. Overall, the traps that Mercer set along with the enemies present shouldn't be too much for you to handle. 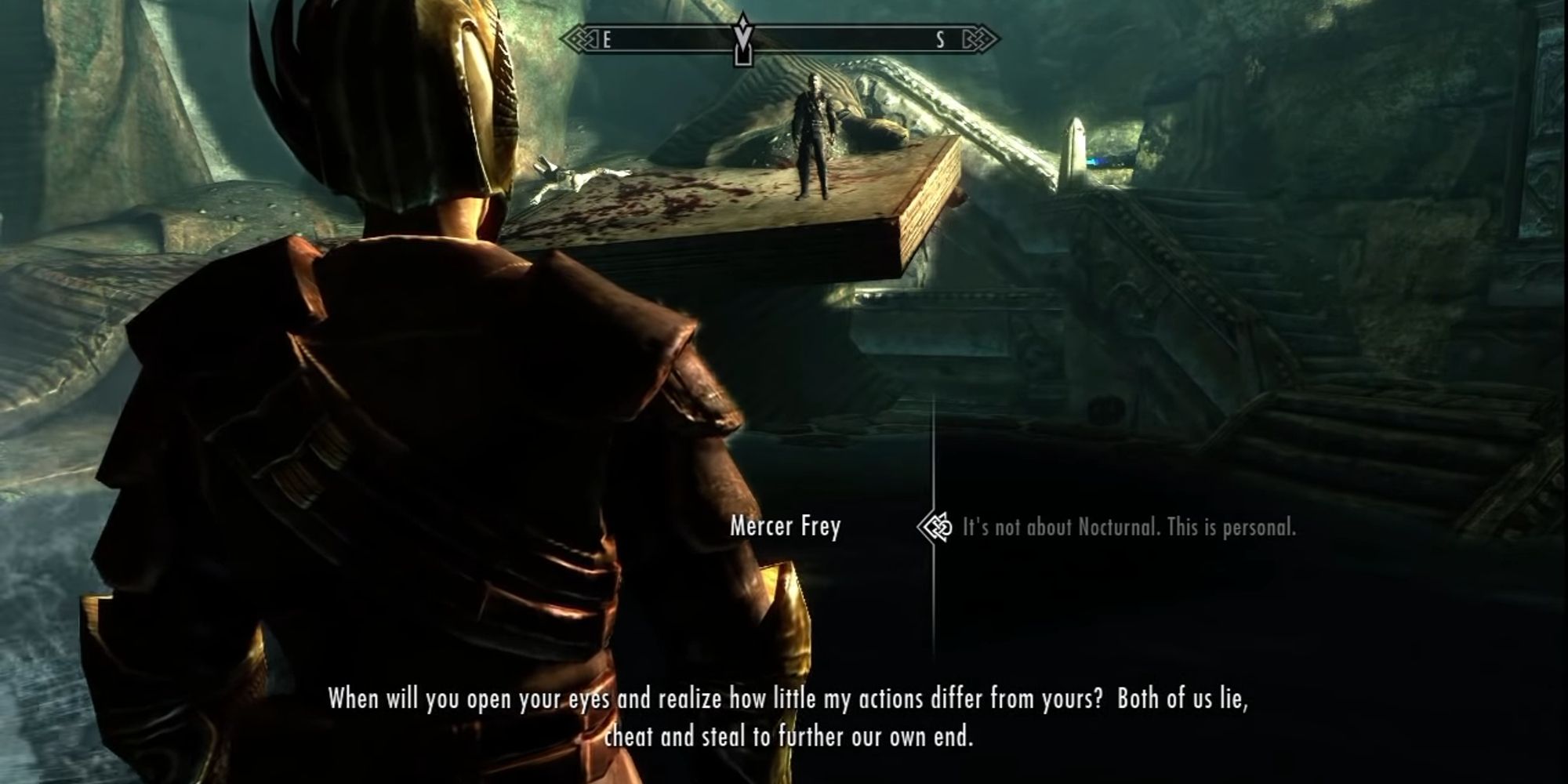 Now that you have made it to Mercer, it's time to kill him. During this fight, Mercer will go invisible, but he will still be able to take damage. You can follow the shimmering of his movement, or use a Detect Life Scroll to see him.

Although Brynjolf and Karliah will be with you, Mercer casts a spell that causes Brynjolf to attack Karliah. Because of this, they will not aid you during this fight.

Mercer will also use two swords during this fight, with one of them having the ability to drain life. Overall, be sure to always keep an eye on his location, without letting him get too close. Since he can go invisible, he can sneak up from behind and quickly kill you. 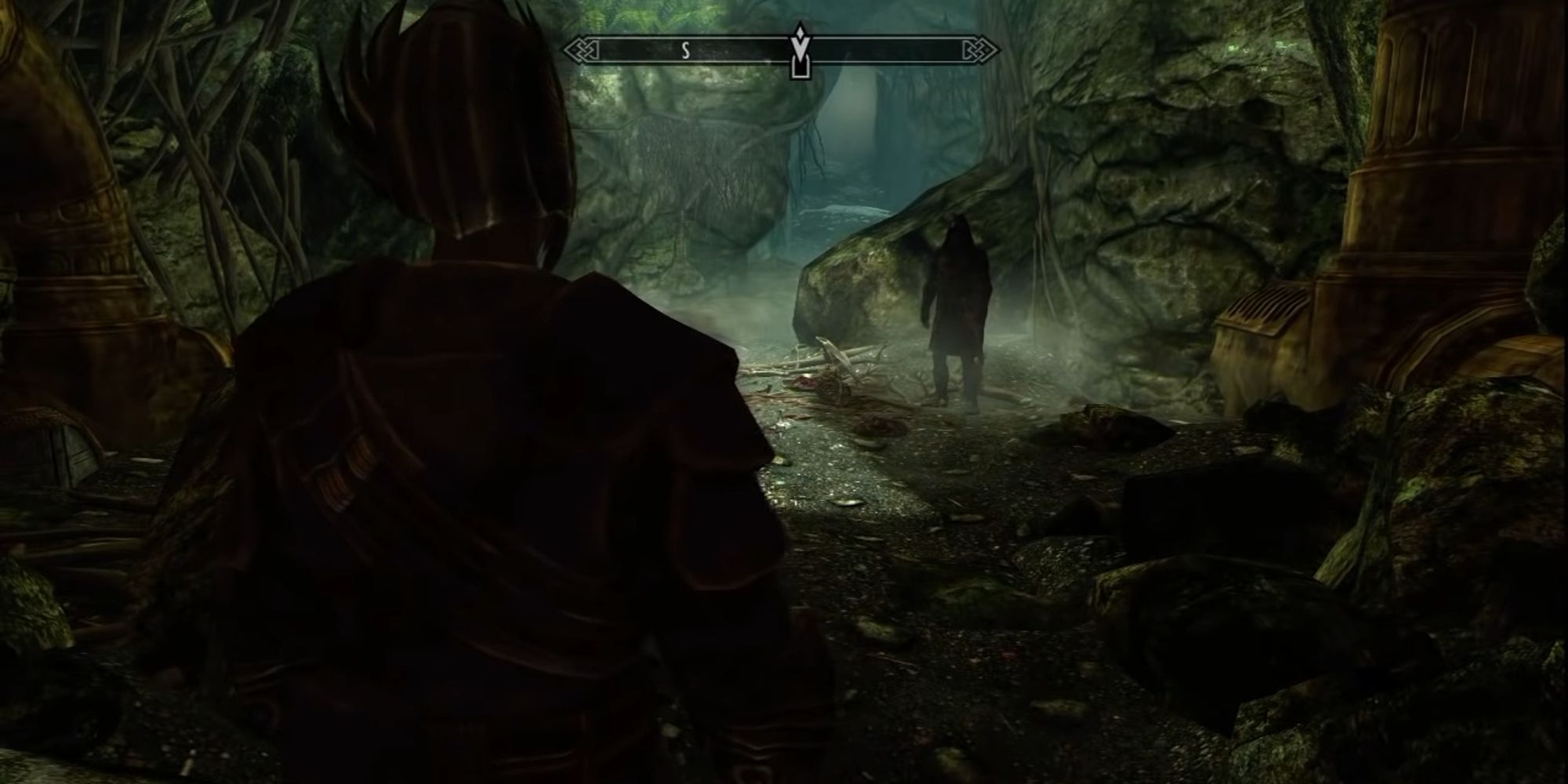 After you have killed Mercer, take the Skeleton Key and Eyes of Falmer. The chamber that you are in will begin to fill with water. Although it may be scary, stay in the room until the water until a rock near the statue in the room falls, revealing an entrance to the Bronze Water Cave. 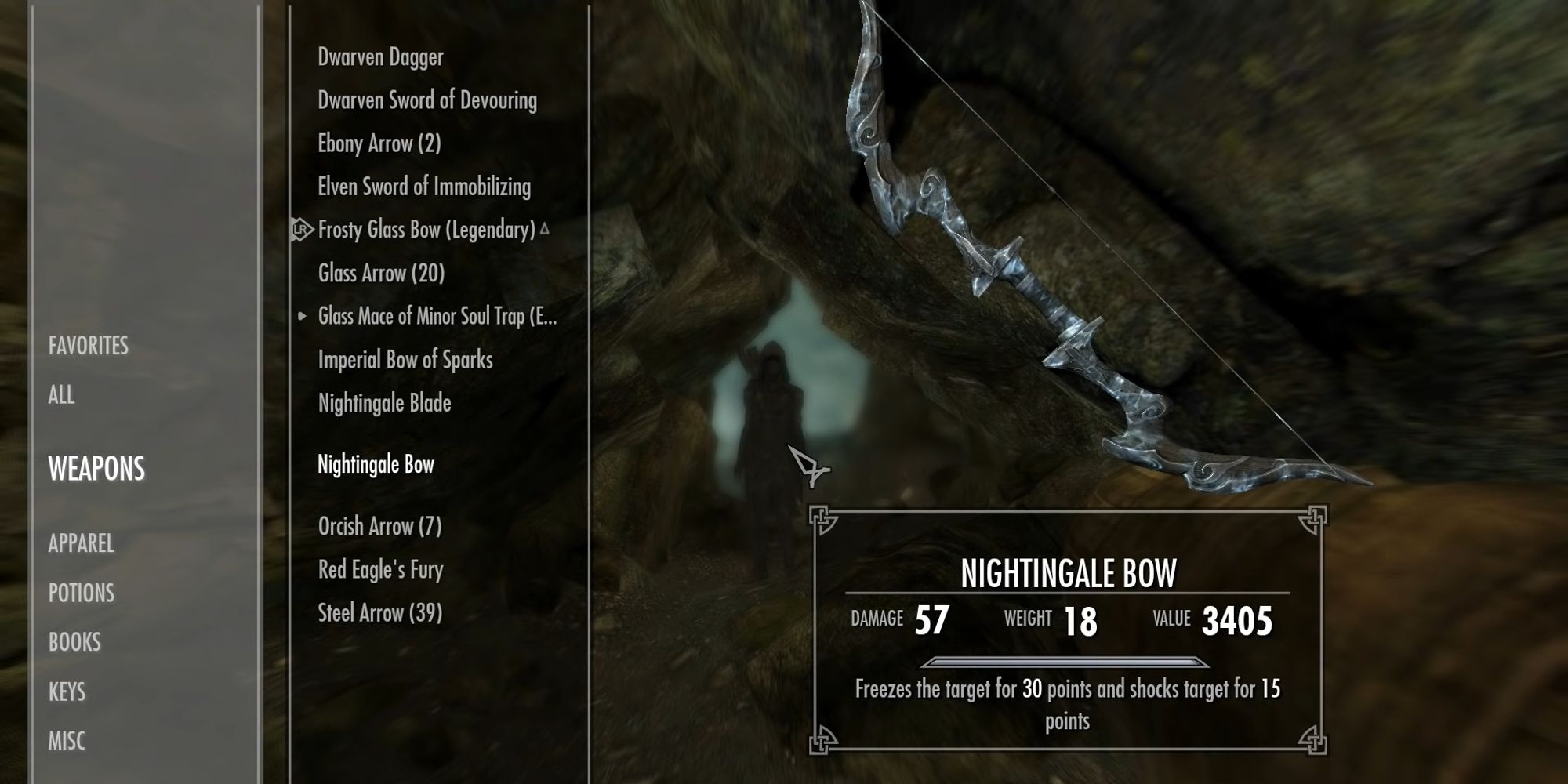 Once in the cave, speak with Karliah, where she will tell you that the Skeleton Key needs to be returned. This will begin the final quest in the Thieves Guild questline, titled Darkness Returns.

As a reward for completing Blindsighted, you will receive the Nightingale Bow, along with the Skeleton Key and Eyes of Falmer that you took from Mercer.

The Nightingale bow is a strong weapon that has the following stats, depending on your current level.

With that, you have finished Blindsighted. Only one final quest stands in your way, so don't forget to head back and return the Skeleton Key.