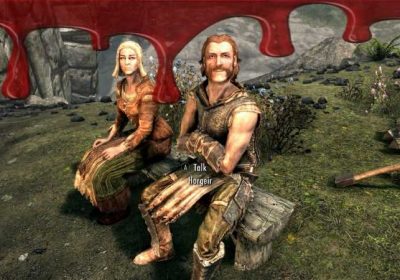 A Skyrim player has taken it upon themselves to kill every single person and creature in the entire game.

Skyrim’s Tamriel isn’t exactly the most densely populated place in the video game world. It’s no Night City, for instance. Nor does it boast the hustle and bustle of downtown Los Santos. However, its map is big, which means even though its inhabitants are few and far between, they still amount to a pretty sizable population.

A population of 2201 people as a matter of fact, as has been highlighted by avid Skyrim player Jaeinskyrim. They know this because they counted them up as they traversed Tamriel’s expansive map and killed every last one of them. Not only did they kill every single NPC in the game, but they took out the creatures too. By the end of the virtual slaughter, Jaeinskyrim had laid waste to more than 4600 people and animals.

“It is finished. 2,201 people/NPCs, plus over 2,400 more various creatures. All gone,” Jaeinskyrim posted on Reddit. The genocidal Skyrim player also attached numerous screenshots, chronicling their work. There are questions surrounding the ability to be able to actually pull this off. While some of Skyrim’s NPCs have names and a purpose, many are anonymous nobodies who respawn. It’s unclear whether they have returned or stayed gone.

Whether some less recognizable NPCs have returned only to be killed again or not, the feat is still very impressive. Killing more than 4600 NPCs is not a figure to be sniffed at, even if it was the same NPC meeting their demise 4600 times. You could play through GTA 5’s story six times and still not kill that many people. According to another in-depth study of video game deaths, GTA 5 requires you to kill at least 726 people from the start of the game to the very end.

Skyrim and GTA 5 actually have a lot more in common than you might think. Both are the fifth installments in their respective series, and fans of both are clamoring for news on chapter six. Elder Scrolls fans will likely have a shorter wait than those waiting for GTA 6. Although the leaks surrounding the new game continue to be outed as fake, at least we know it’s coming. It could even be an Xbox exclusive following the acquisition of Bethesda.