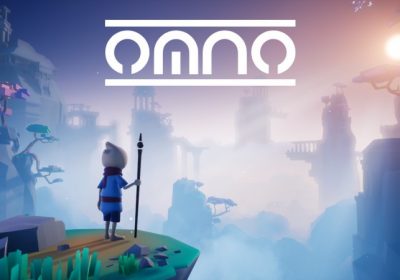 We’re in the middle of what’s considered a slower time of the year for game releases, but there are still some gems to be uncovered in the coming weeks, like OMNO. OMNO is an adventure game made by solo German developer Jonas Manke also know by his studio name, StudioInkyfox. He’s been working on this, his first game, by himself for the better part of five years, and even had a successful round of Kickstarter funding back in late 2018. Now, set to release this month, OMNO is nearing the long-awaited finish line.

OMNO is a 3D platformer with “puzzles, hidden secrets, and obstacles to overcome,” according to its website. Its globe-headed main character uses a magical staff with tons of functional applications allowing the player to fly or glide through the air and dash to cover large. You can even stylishly surf on the artifact to traverse OMNO’s more open areas. The newest trailer shows off many of these actions and locations you can look forward to exploring, both safely on the ground and high up in the clouds.

OMNO’s art direction uses a majority of flat shading and sharp edges in the environment to contrast with more rounded shapes present in the biological characters and animals. Manke comes from an animation background, and it shows in the movements of the main character when it utilizes an ever-present magical staff. There’s plenty of fluidity and little flourishes to look for in the protagonists’ movements as well as the animals you come across.

While the game isn’t out yet, Jonas Manke’s trailers have released give a glimpse at what looks like an intriguing adventure. He’s even been chronicling his journey developing OMNO on TikTok, showing some of his progress and milestones over time. Check those out for an interesting look at indie development from the smallest of teams.

OMNO is set to release on July 29 for PlayStation 4, Xbox One, Switch, and PC. Those with Game Pass will be happy to know it’s releasing as part of the subscription service as well.