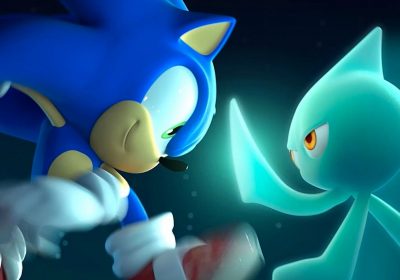 Remasters and remakes are big business right now. However, when one launches, you can guarantee those who loved the original game will be going through it with a fine-tooth comb. While the whole point of a remaster is the game is supposed to be different from the original, if dedicated fans deem any element of it to be less than when compared to the OG game it is based on, you can guarantee they will let developers know.

That has been the case on quite a few occasions this year. Sonic Colors: Ultimate launched back in September, one of many things Sega did to mark the blue blur's 30th anniversary. While it wasn't the disaster that GTA: The Trilogy was a couple of months later, the Sonic Colors remake wasn't exactly lauded by players as a roaring success.

One of the biggest nitpicks was the altered soundtrack. While Sonic games have been hit and miss for the past two decades or more, those responsible for the games' soundtracks almost always knock it out of the park. Colors was no exception which is why the decision to change it from the original game for Ultimate was a strange one to make.

Colors' 3.0 patch, which Sega has dubbed the Celebration Update, adds a toggle that allows you to switch back to the original game's soundtrack. It also adds some additional customizable content including burst shoes, burst gloves, fireworks boost, and fireworks aura. You will also be able to turn Tails' navigation on and off once you have applied the update, as well as toggle the full-screen blur boost effect and have improved visibility for your Cyan wisp targeting line.

As great as it is to have a Sonic Colors remake to play in 2021, it ranks pretty low on the big Sonic news out there in the ether right now. Fans of the world's most famous hedgehog might well have been the biggest winners following last week's Game Awards. Not only was Sonic Frontiers revealed, but the very first trailer for Sonic the Hedgehog 2 also debuted, giving everyone a first look at live-action Knuckles and his unintentionally sexy voice.