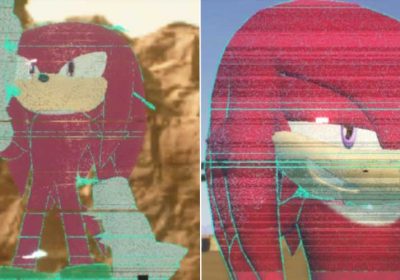 On Ares Island in Sonic Frontiers, you'll unexpectedly team up with Knuckles to uncover the secrets of the desert. As with Amy on Kronos Island, you'll need to collect Memory Chips – this time in the form of medals – to stabilize Knuckles' frequency and speak with him at each Quest site. Knuckles' challenges are a bit harder overall, but his final puzzle is much easier than Amy's.

Whether you're trying to drain the central oasis or defeat the attacking Tower Guardians, the way forward may not be clear at first. If you're stuck on any of Knuckles' Quests, this guide has all the answers you need. Read on, and you'll be facing Wyvern in no time!

How To Drain The Water From The Oasis 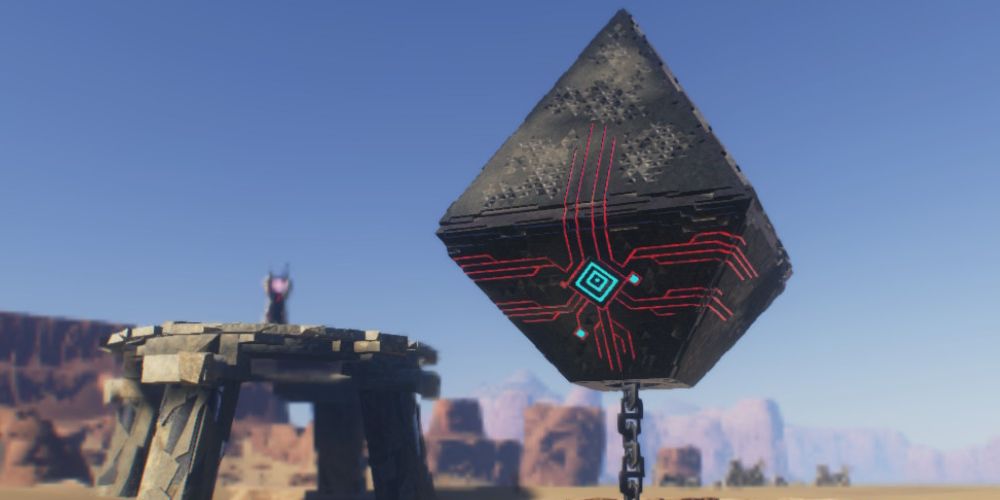 When you speak to Knuckles at the oasis, a quest to drain the water will trigger. After the cutscene, go to the missile on the right and arm it with Cyloop. Once it’s armed, you have thirty seconds to load and fire it.

Carry the missile to the cannon on the other side of the shore. When it’s loaded, you’ll switch to a first-person aiming view. Aim upwards and fire at the symbol in the center of the floating diamond structure (see above) to drain the water.

How To Rescue The Koco Soldiers 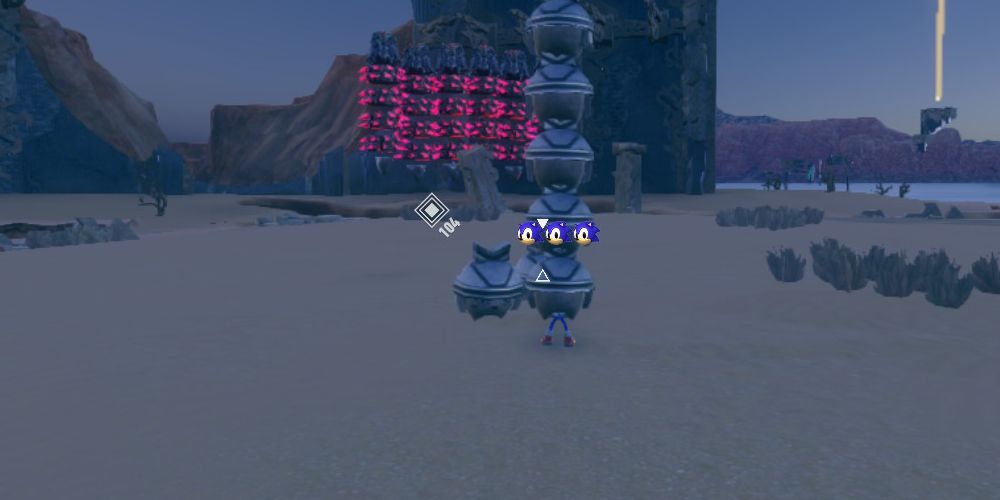 At the top of the cliff over the Oasis, Knuckles asks Sonic to help move some Koco soldiers. You can pick up and carry as many as you want by using Homing Attack, but Boost and Dodge are both disabled during this quest.

All the Koco that you need to rescue are underneath the rising and falling Towers. Time your Homing Attacks to get the Koco out when the Towers rise into the air. Knuckles is at the goal, but there is a wall of Towers in the way; time your moves so that you get under the wall when it rises.

The more Koco Sonic is carrying, the faster the Towers will move. Try to bring no more than six at a time to Knuckles; if you have any more, the wall in front of the goal will move too fast to bypass.

How To Save The Koco In The Sandstorm 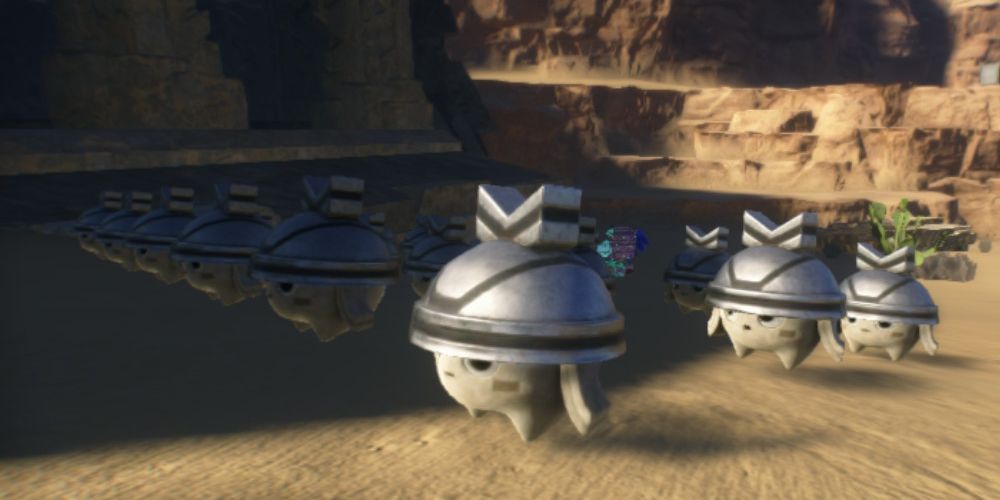 This minigame is the same as Family Gathering back on Kronos Island. Run back and forth in a zig-zagging pattern, slowly moving forward to push the Koco toward Knuckles. Avoid their bombs, and be ready to go back to pick up any Koco that wander off.

Koco will always move away from Sonic when he approaches, so use wide loops to get to the correct side of any stragglers before getting too close.

The Koco’s bombs will kick up sandstorms when they explode, obscuring your vision. You’ll probably lose sight of several Koco when this happens, so stay still and wait until the air clears.

How To Defeat The Four Towers In The Best Defense 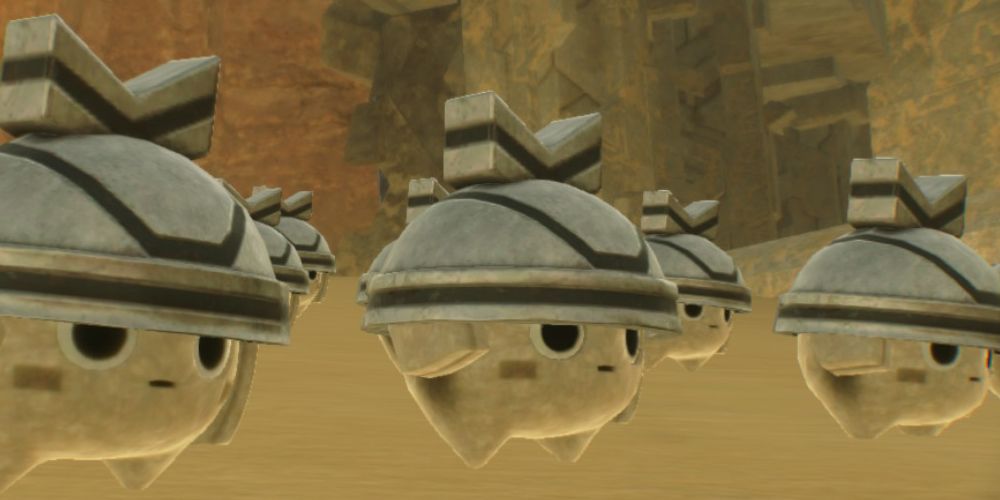 Immediately after completing Koco Roundup, Sonic and Knuckles will be attacked by four Tower Guardians. You can’t fight them the same way you did on Kronos Island – there isn’t time.

Instead, wait for a Tower to attack; run away from it, as its slam attack now creates a wide ring of spikes. Once the spikes recede, the Tower will be dormant for a moment. Use that opportunity to run up its side and use Stomp on the Tower’s head.

Repeat this process for all four Towers before the timer runs out to complete the Quest. You’ll have just enough time to hit all four Towers, so don’t worry if the timer gets low and you only have one Guardian left to defeat.

How To Operate The Crane 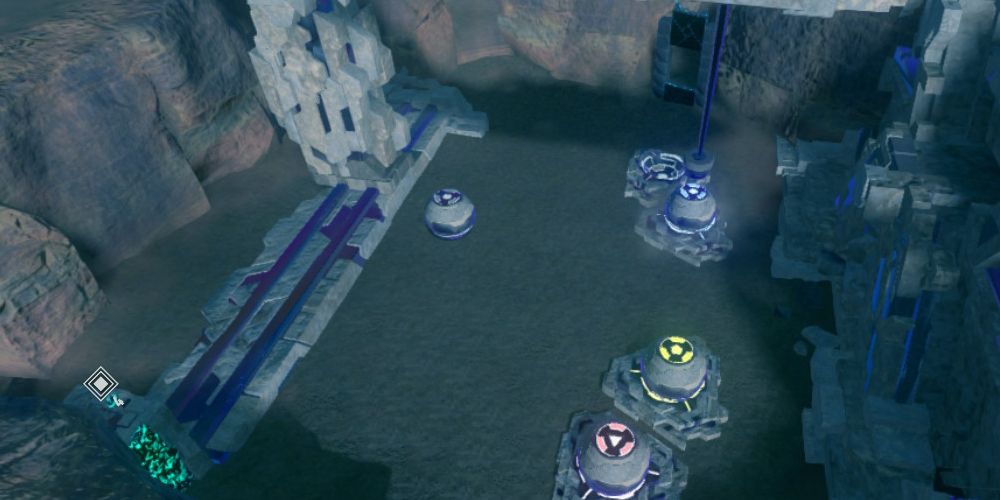 When Sonic meets Knuckles near the colorful stone balls, you’ll need to use the nearby crane to move them into the right slots. Climb the crane using the black wall, then activate the console on top.

The crane moves on a grid, making it easy to adjust your position as needed. The arm needs to be exactly over a ball to pick it up, but you have more leeway when placing a ball into the slot of the same color.

Once all the balls are in the correct slots, the door to the ruins will open, allowing you to face the Titan.