Sonic Frontiers Has References To Jet, Tangle, Cream, And More Of Sonic’s Friends 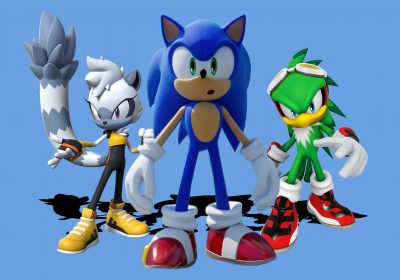 Sonic Frontiers might have a smaller cast of characters than other games in the series, but that doesn't stop the Blue Blur from referencing all the friends he's made along the way, including surprising picks like Tangle, Cream, and Jet.

One of the biggest changes that Frontiers makes to the Sonic formula is that it's now open-zone, allowing Sonic to run around wherever he likes to complete challenges and just generally explore the environment. There are specific locations in the world that will cause Sonic to make a comment to himself, most of which are references to other Sonic locations and characters.

YouTuber Faz Faz put together a compilation of all the comments that Sonic makes in regards to the friends he's met along the way and, although some are obvious like mentions of popular characters like Rouge and Shadow, there are some much deeper lore cuts in there that have interesting implications.

One of the more surprising callbacks is to Tangle, a lemur who debuted in the IDW comic series back in 2018. Tangle hasn't appeared in any mainline Sonic games, but Sonic saying "I bet Tangle would live to climb these ruins" confirms that she exists in the gaming universe too. It's not too surprising considering Ian Flynn came up with the character and was the main character writer for Frontiers.

A similar canonisation occurs in a cutscene with Amy, who mentions Sticks the Badger from Sonic Boom, another character who hasn't appeared in the mainline universe yet. Let's all just pretend that Sonic Boom was only ever a surprisingly fantastic TV show and never mention the game again, deal?

Sonic also makes reference to a few characters who haven't been seen or mentioned in years. When going up against certain enemies, Sonic can occasionally say "That is some heavy firepower. Omega would be jealous". Sonic will also mention Jet the Hawk from Sonic Riders, saying "Kinda reminds me of where we found Babylon Garden. I wonder what Jet is up to".

Fans of the series will also be happy to know that the long-forgotten Cream the Rabbit also gets a few separate mentions in Frontiers. When running around, Sonic can say "Amy… Cream will never forgive me if I don't bring you back!". Amy also directly references Cream in another cutscene. Considering Cream was one of the series' most popular characters back in the PS2 era, it's nice to see a little respect put on her name.

Other Sonic characters that are referenced in cutscenes include Shadow, Rouge, and Blaze, all characters who have appeared a bit more frequently in recent Sonic games. Strangely, Zavok from Lost World is also referenced in one of Sonic's quips to himself.

His friends aren't the only thing that Sonic will make reference to either, as another video by Faz Faz shows that Sonic will also comment on locations around the Starfall Islands. There's a lot more of these but places like Green Hill, Mystic Ruins, Spagonia, Shamar, Sandopolis, and more are all mentioned. Sonic's just a little reference machine in Frontiers, isn't he?