Sonic Origins Is Being Developed By A Bunch Of Fans 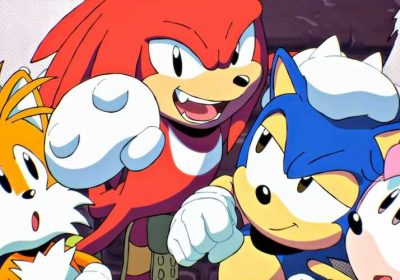 Sonic Origins is being developed by key figures behind Sonic Mania, and is even bringing on new talent from the fanbase. Even those who are not returning are having their work used in the game, as it will feature the most up-to-date ports of classic Sonic titles.

Following the game's new trailer this week, those involved in Sonic Origins' creation are finally able to speak about their work. Christian Whitehead and indie developer Headcannon have confirmed that their work will feature in the collection. Headcannon is even involved in the active development of the game, currently working on the port of Sonic the Hedgehog 3 & Knuckles.

Developers at Headcannon took to Twitter to share their excitement, thanking Sega for bringing them on board again.

"I'd like to shout out our friendly Sega of America producers Calvin and Aaron for their kindness, understanding and encouragement throughout the project!"

Studio head Stealth also commented on the project, sharing that this is now the fifth Sonic game he has worked on.

Popular YouTuber A+Start, best known for his Son of a Glitch series, is also working on the Sonic 3 port. He shared a statement on Twitter to express his excitement, thanking both Sega and Stealth for bringing him on board.

Christian Whitehead has not returned to active development, but has shared that his work will be used in the game.

Numerous other figures in the Sonic fanbase have shared that they are involved with Origins, so it's clear that Sega is keen on maintaining its good working relationship with the community. It remains to be seen if they'll once again be trusted with a brand new game, perhaps even the long-awaited Sonic Mania sequel.